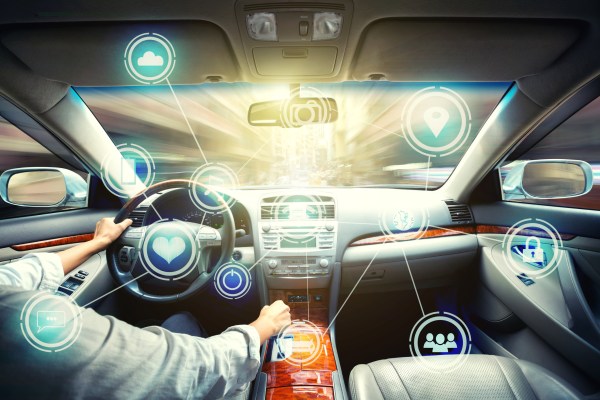 Zuora has been known throughout its 12-year history as a company that helps manage subscription-based businesses. Today, at its Subscribed San Francisco customer conference, it announced that it’s adding a new twist to the platform with a new service called Zuora Central.

The latest offering gives developers a workflow tool to build connections between systems that extend the given service using both Zuora’s service set and any external services that make sense. Tien Tzuo, founder and CEO at Zuora, sees this as a way for his customers to offer a set of integrated services that take advantage of the fact that these individual things are connected to the internet, whether that’s a car, an appliance, a garage door opener or a multi-million dollar medical device.

And this isn’t even necessarily about taking advantage of your smartphone, although it could include that. It’s about extending the device or service to automate a set of related tasks beyond the subscription service itself. “So you create a workflow diagram in Zuora Central, that’s going to convey all of the logic of this,” he said. 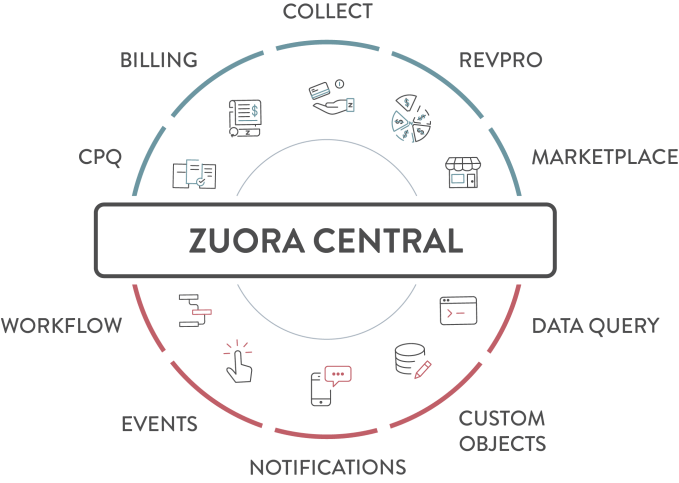 As an example, Tzuo says imagine you are renting a car. You have reserved a Ford Focus, but when you get to the lot, you decide you want the Mustang convertible. You don’t have to pull out your phone. You simply walk up to the car and touch the handle. It understands who you are and begins to make a series of connections.There may be a call to unlock the car, a call to the music system to play your driving playlist on Spotify, a call to your car preferences that can set the seats and mirrors and so forth. All of this is possible because the car itself is connected to the internet. 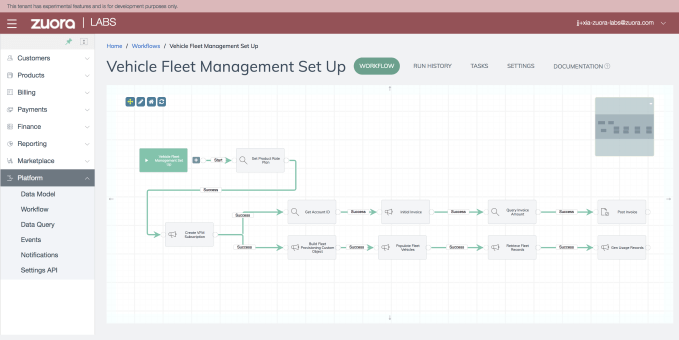 Under the hood, the workflow tool takes advantage of a number of different technologies to make all of this happen including a custom object model, an events and notifications system and a data query engine. All of these tools combine to let developers build these complex workflows and connect to a number of tasks, greatly enhancing the capabilities of the base Zuora platform.

As Tzuo sees it, it’s not unlike what happened when he was Chief Marketing Officer at Salesforce before starting Zuroa when they launched Force.com and the AppExchange as a way to allow developers to extend the Salesforce product beyond its base capabilities.

Tzuo also sees this platform play as a logical move for any company that aspires to be a billion dollar revenue company. The company has a ways to go in that regard. In its most recent report at the end of May, it reported $64.1 million in revenue for the quarter. Whether this new capability will do for Zuora what extending the platform did for Salesforce remains to be seen, but this is certainly a big step for the company.