It’s enough to make even the most ardent DIY devotees feel a little wobbly. In fact, you could say it’s the ultimate home makeover – expected to take 20 years and a staggering £150million.

For large parts of Wentworth Woodhouse, once a place of majestic grandeur, are now a sprawling, crumbling, headache-inducing mess.

The 18th century property near Rotherham in South Yorkshire is the largest private home in Britain, with around 350 rooms (no one has counted the exact number) and five miles of corridors.

For generations it belonged to the Wentworth, Watson and Fitzwilliam families, the walls were lined with masterpieces by Raphael and Titian and the visitor’s book included the signature of King George V.

How times have changed.

It recently stood in for Buckingham Palace in scenes for the Hollywood wartime blockbuster Darkest Hour. Parts were used in the Timothy Spall movie Mr Turner, about Britain’s celebrated artist JMW Turner. 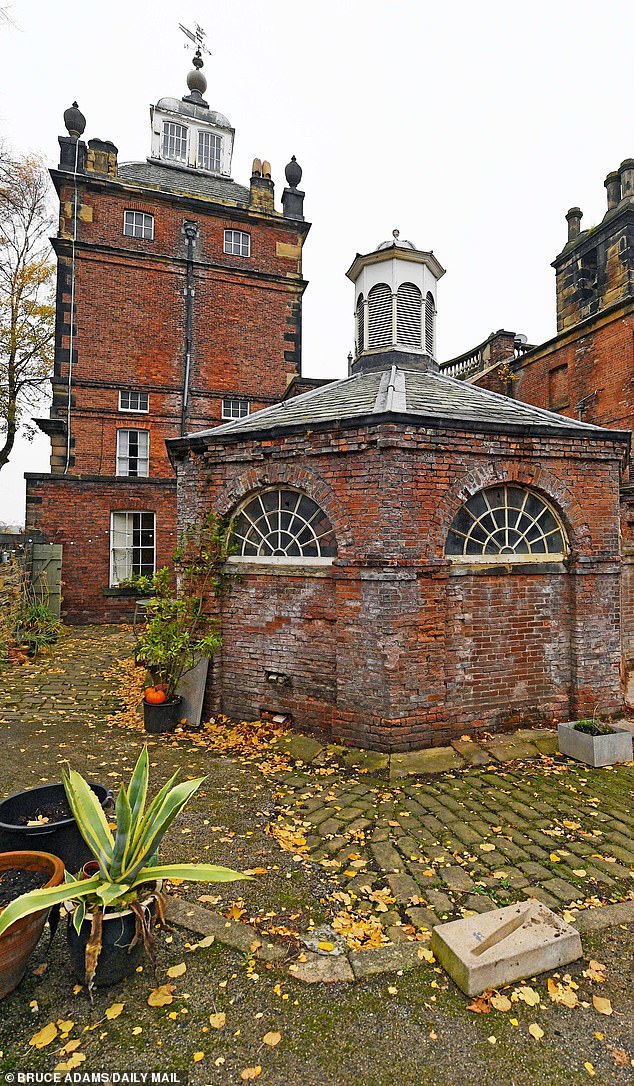 But much of it is no longer as pretty as a picture. And yesterday large sections of this huge house certainly looked like they had been bombed in the Blitz. The Mail was given a behind-the-scenes tour at the launch of a project that will attempt the Herculean task of restoring the house.

More than 100 surveys have exposed the full horror of its ‘critical state of decay’ with endemic dry rot, crumbling stonework, collapsed drains and asbestos contamination.

Some wings of this never-ending mansion would have given any DIY enthusiast a heart attack. A corridor used as servants’ quarters 250 years ago is in a state of near collapse. Rubble from collapsed ceilings litters the floor, along with roof insulation, broken sinks and rotting wood. 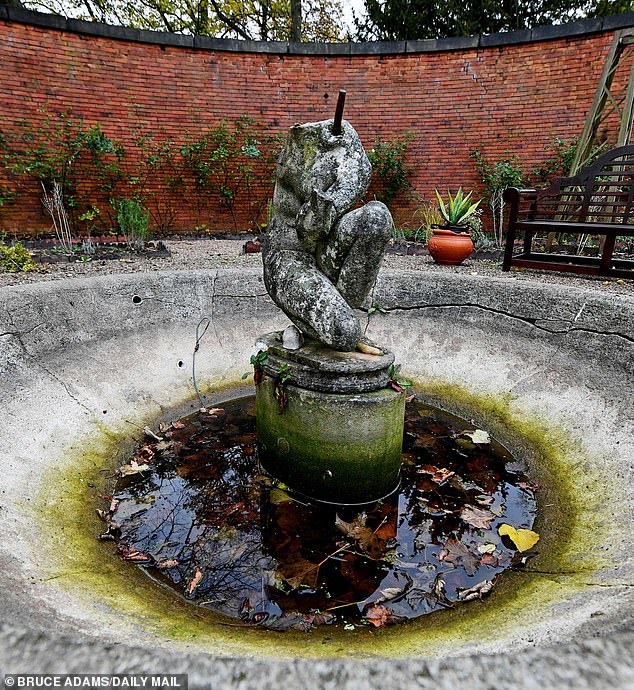 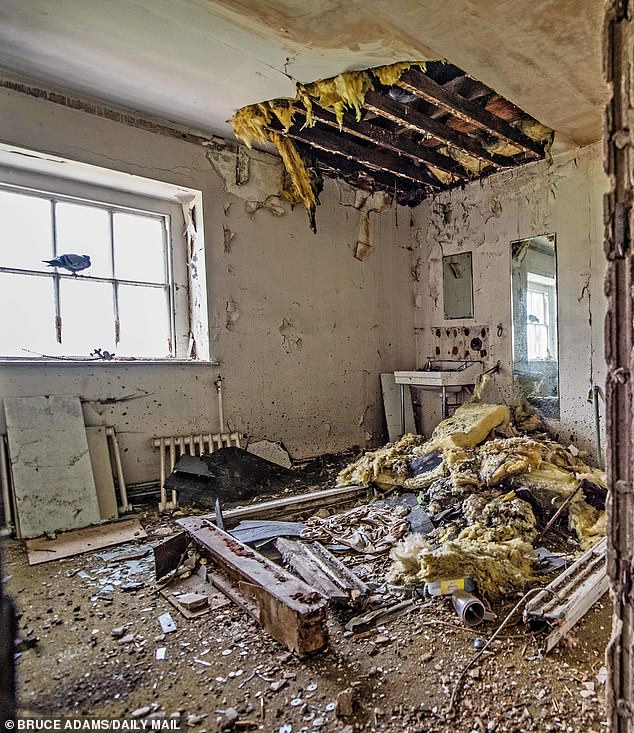 The stable block, once home to the racehorse Whistlejacket – depicted in George Stubbs’ painting of the same name – once housed 84 horses. Now chickens roam the weeds and rubble. The courtyard, where carriages once arrived, is littered with broken stone pillars. Even the statue in the water feature of the nearby rose garden has been beheaded.

The Wentworth Woodhouse Preservation Trust bought the house for £7million in 2017 after Chancellor Philip Hammond pledged £7.6million to fix the leaking roof – and effectively save the property outright. Although the restoration cost is dwarfed by the taxpayer-funded £369million needed to refurbish Buckingham Palace, Wentworth Woodhouse is still a major cost.

Julie Kenny, chairman of WWPT, is tasked with raising the eye-watering sum required to complete ‘the greatest restoration project for a generation’. During the Industrial Revolution, the property’s aristocratic owners became the equivalent of today’s billionaires because it was situated on a coal seam. 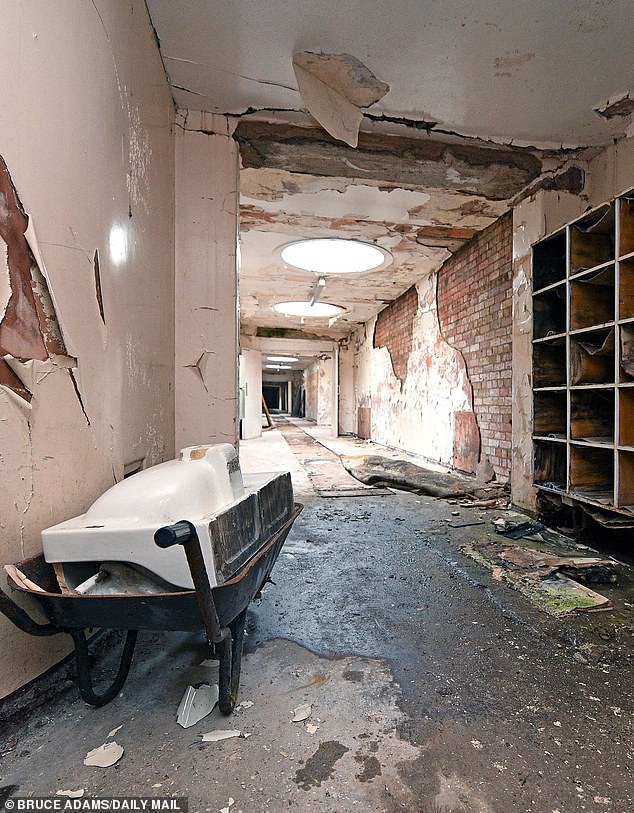 But the house fell into disrepair after the Second World War and recent wealthy owners have been unable to tackle the huge renovation job. It has been concealed from the outside world for decades, but Mrs Kenny said it would now be open to the community.

Her team will target grants and donations and transform the site into a profitable business. Ambitious plans involve turning it into a major visitor attraction, opening holiday lets, office space and exhibition areas. Despite its state of disrepair, the new business is already generating a ‘healthy income’ from weddings and events and hiring the home out as a film location.

There is also a shop and cafe on site. Fundraising galas are already in full swing, and the National Trust and Heritage Lottery Fund have given cash to get the project off the ground. A number of the magnificent reception rooms, including the Whistlejacket room, with a copy of the painting that once hung here, have already been restored to give a glimpse of what this aristocratic home once looked like.

The rebuilding project began last year with a single phone line and a vacuum cleaner. There are now 19 full-time staff and 120 volunteers. But many more workers are needed.

Mrs Kenny promised: ‘We will do this, it’s just a question of how long it takes. How do you eat an elephant? It’s one bit at a time and that is what we will do here.’