Tuesday’s midterm elections in the United States were highlighted by a series of firsts, including a historic number of women chosen to serve in the House of Representatives.

With ballots still being counted across the country, women have won 75 seats and are assured of victory in nine districts where women are the only major-party candidates, which will break the current record of 84.

The Democrats are poised to wrest control of the House from the Republicans, but the latter appear set to maintain their hold on the Senate.

More than 230 women, many of them first-time candidates, were on the general-election ballots in House races. Despite the gains, men will continue to hold the vast majority of House seats.

Here’s a look at some of the major takeaways from the midterms:

Voters in Minnesota and Michigan on Tuesday elected the first two Muslim women to serve in the U.S. Congress: Ilhan Omar, a former refugee who fled Somalia’s civil war, and Rashida Tlaib, a Detroit-born Palestinian-American. 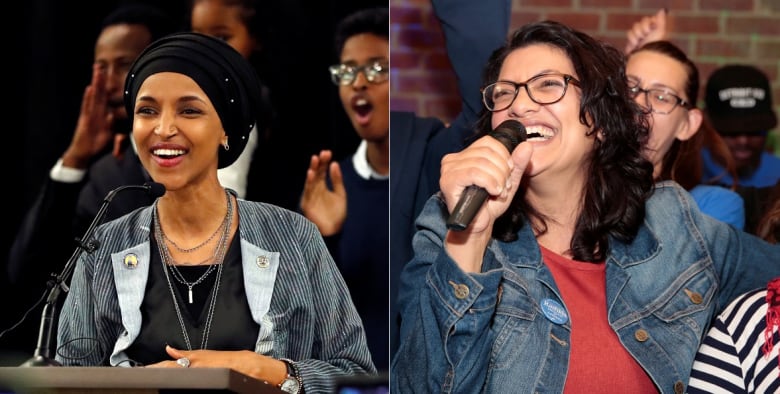 Tlaib, 42, became the first Muslim woman elected to the Michigan Legislature in 2008. The former state representative also ran on a liberal platform, backing Medicare for all, immigration reform and a call to overturn President Donald Trump’s executive order banning most people from five Muslim-majority nations from entering the U.S.

The 38-year-old activist, lawyer and political newcomer emerged from a six-person Democratic primary and energized voters and Democratic donors by emphasizing her biography. 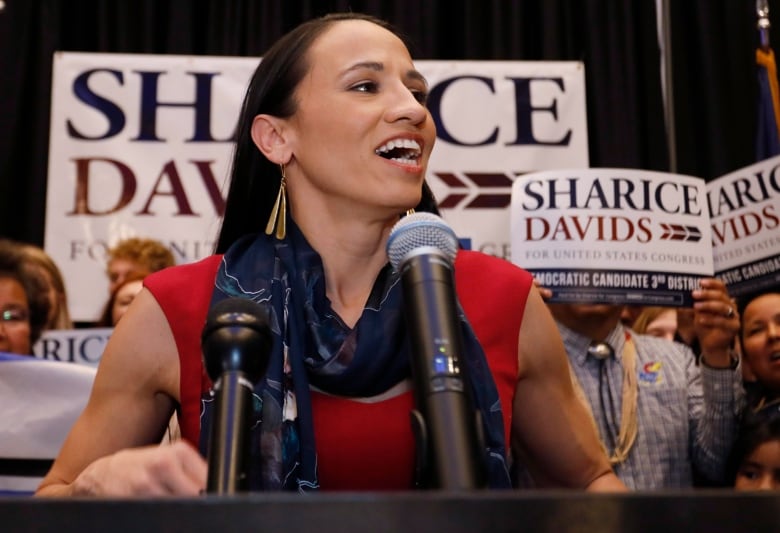 Her history includes mixed martial arts fights. She’s a member of the Wisconsin-based Ho-Chunk Nation and was raised by a single mother who served in the army and worked for the U.S. Postal Service.

Joining Davids as one of the first Indigenous women elected to Congress was fellow Democrat Deb Haaland, a member of the Laguna Pueblo tribe who will represent New Mexico’s first district. 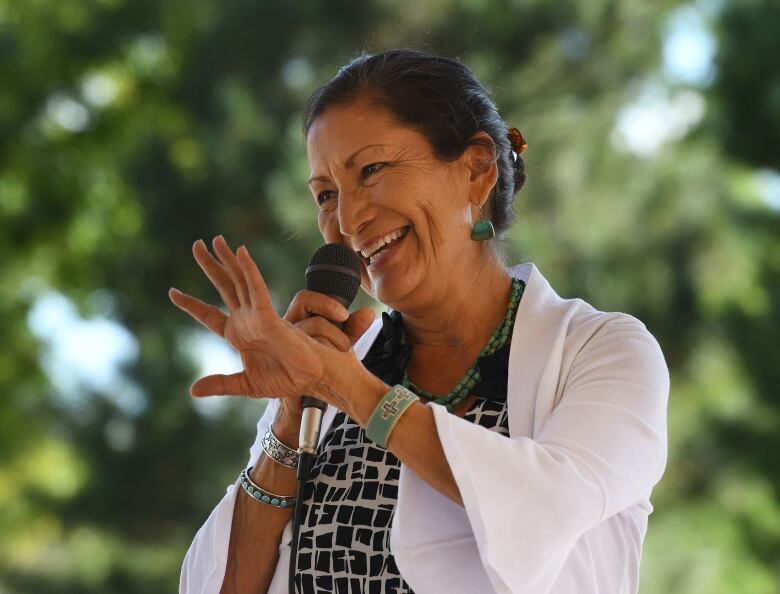 New Mexico’s Deb Haaland joined Davids as one of the first Indigenous women elected to serve in the House. (Mark Ralston/AFP/Getty Images)

“I want to encourage you not to give up,” Gillum, the 39-year-old mayor of Tallahassee, told supporters in conceding the race. “I still plan to be on the front lines alongside every one of you when it comes to standing up and fighting for what we believe in.”

“I can guarantee you this I’m not going anywhere,” Gillum said. “We’re going to fight, we’re going to keep fighting.”

Gillum addresses his supporters after conceding.

Defeated Florida Democratic gubernatorial candidate Andrew Gillum says he will be on the front lines with his supporters and standing up for what they believe in. 0:45

Democrat Stacey Abrams, 44, was vying to become the nation’s first black female governor against Republican Brian Kemp, the state’s secretary of state. That contest was still unresolved by 1 a.m. ET on Wednesday.

The races in Florida and Georgia were seen as a test of whether liberal candidates could prevail in Southern states, where centrist Democrats have repeatedly lost, by appealing to a coalition of young and minority voters.

Accusations of race-baiting have dogged Kemp, 55, and DeSantis, 40. They denied the charges. 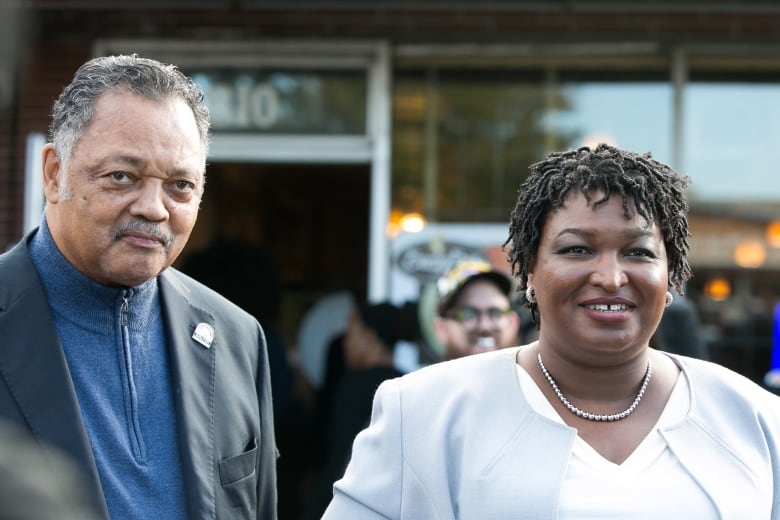 Democratic gubernatorial candidate Stacey Abrams, right, may have to wait to find out the results of her campaign in Georgia. (Jessica McGowan/Getty Images)

Critics have drawn attention to Kemp’s dual role as a candidate for governor and as supervisor of the state’s elections in his capacity as secretary of state. Kemp accused Democrats on Sunday of trying to hack voter registration systems, without offering any supporting evidence. Democratic Party officials, who have accused Kemp of trying to suppress the minority vote, quickly denied the charge.

A nonprofit group, Protect Democracy, said it had filed an emergency lawsuit on Tuesday asking a federal judge to block Kemp from presiding over the election results, including any recount or runoff race.

Under Georgia law, if neither Abrams nor Kemp wins a majority of the vote on Tuesday, their battle continues to a December runoff. The presence of a third-party candidate on the ballot makes that possibility more likely.