Negotiators from Britain and the European Union have struck a proposed divorce deal that will be presented to politicians on both sides for approval, officials in London and Brussels said Tuesday.

After a year and a half of stalled talks, false starts and setbacks, negotiators agreed on proposals to resolve the main outstanding issue: the Irish border.

British Prime Minister Theresa May’s office said the cabinet would hold a special meeting Wednesday to consider the proposal. Ministers were invited to 10 Downing Street Tuesday evening to look at the document ahead of tomorrow’s meeting. 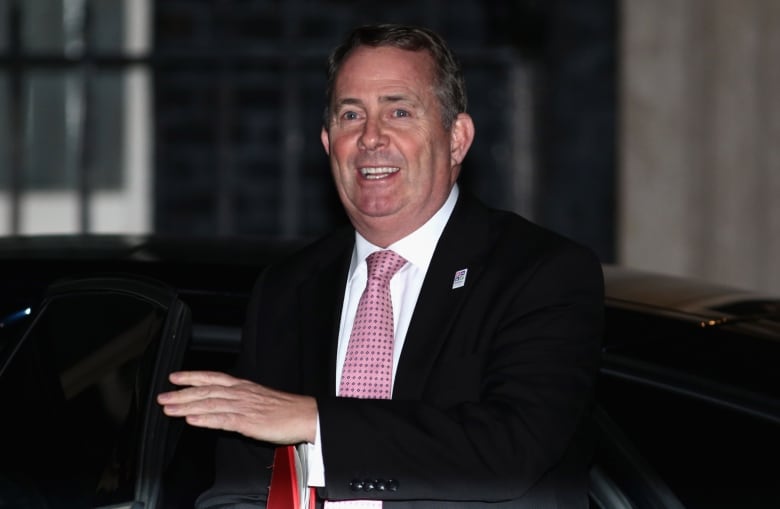 Secretary of State for International Trade and President of the Board of Trade Liam Fox arrives at Downing Street to read the draft Brexit documents. (Jack Taylor/Getty Images)

Its support isn’t guaranteed: May is under pressure from pro-Brexit ministers not to make further concessions to the EU.

“The trick will be for Theresa May, can she satisfy everyone?” said Nigel Dodds, the deputy leader of the Northern Irish Democratic Unionist Party (DUP), which props up May’s minority government.

“It is going to be a very, very hard sell, I would have thought, but let’s wait and see the actual detail,” Dodds said.

Ambassadors from the 27 other EU countries are also due to hold a meeting in Brussels on Wednesday. 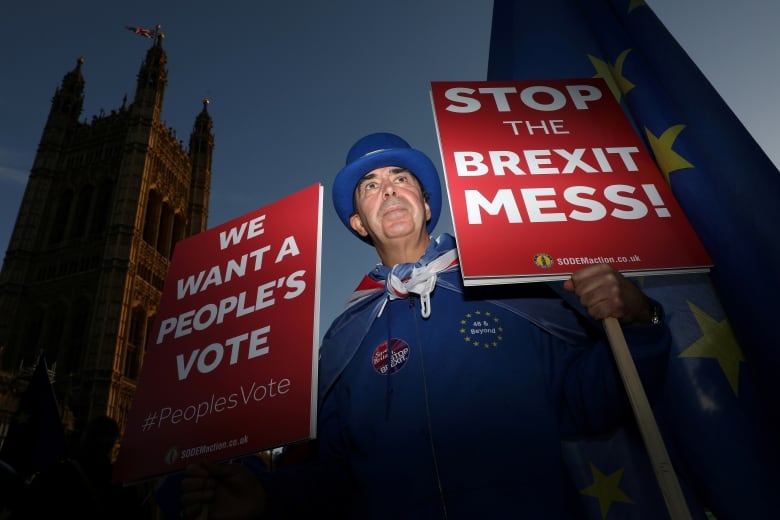 An anti-Brexit demonstrator hold placards opposite the Houses of Parliament, in London today. (Simon Dawson/Reuters)

May told the cabinet earlier Tuesday that “a small number” of issues remain to be resolved in divorce negotiations with the European Union, while her deputy, David Lidington, said the two sides are “almost within touching distance” of a Brexit deal.

Britain wants to seal a deal this fall, so that Parliament has time to vote on it before the U.K. leaves the bloc on March 29. The European Parliament also has to approve any agreement.

Negotiators had been meeting late into the night in Brussels in a bid to close the remaining gaps.

The main obstacle has long been how to ensure there are no customs posts or other checks along the border between the U.K.’s Northern Ireland and EU member Ireland after Brexit.

Irish national broadcaster RTE said the draft agreement involves a common customs arrangement for the U.K. and the EU, to eliminate the need for border checks.

But May faces pressure from pro-Brexit cabinet members not to agree to an arrangement that binds Britain to EU trade rules indefinitely.

May also faces growing opposition from pro-EU lawmakers, who say her proposed Brexit deal is worse than the status quo and the British public should get a new vote on whether to leave or to stay.

The leader of Britain’s main opposition Labour Party, Jeremy Corbyn, expressed pessimism about the deal. “We will look at the details of what has been agreed when they are available,” he said. “But from what we know of the shambolic handling of these negotiations, this is unlikely to be a good deal for the country.” 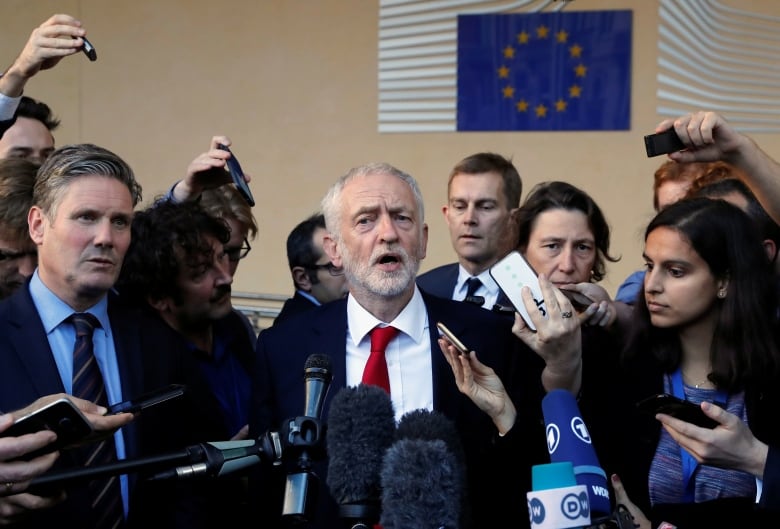 “For the first time in a thousand years this place, this parliament will not have a say over the laws that govern this country,” he said. “It is a quite incredible state of affairs. It means having to accept rules and regulations over which we have no say ourselves. It is utterly unacceptable to anyone who believes in democracy.”

Another strong Brexiteer, Conservative lawmaker Jacob Rees-Mogg said May had sold out the United Kingdom and that he would oppose it.

“It is a failure of the government’s negotiating position, it is a failure to deliver on Brexit, and it is potentially dividing up the United Kingdom,” Rees-Mogg said. 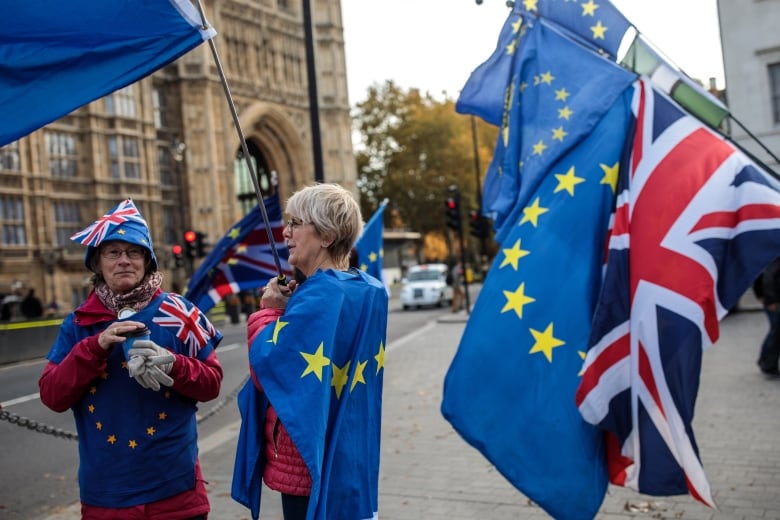 Pro-EU protesters demonstrate against Brexit with flags outside the House of Parliament Tuesday. (Jack Taylor/Getty Images)

If there is no agreement soon, U.K. businesses will have to start implementing contingency plans for a “no-deal” Brexit — steps that could include cutting jobs, stockpiling goods and relocating production and services outside Britain.

Even with such measures in place, the British government says leaving the EU without a deal could cause major economic disruption, with gridlock at ports and disruption to supplies of foods, goods and medicines.

On Tuesday, the European Commission published a sheaf of notices outlining changes in a host of areas in the event of a no-deal Brexit. They point to major disruption for people and businesses:

The EU said Tuesday it was proposing visa-free travel for U.K. citizens on short trips, even if there is no deal — but only if Britain reciprocates.

“We need to prepare for all options,” EU Commission Vice President Frans Timmermans said. On a deal, he said: “We are not there yet.”

Meanwhile, official figures suggest Brexit is already having an impact on the British workforce.

The Office for National Statistics said the number of EU citizens working in the country — 2.25 million— was down 132,000 in the three months to September from the year before. That’s the largest annual fall since comparable records began in 1997.

Most of the fall is due to fewer workers from eight eastern European countries that joined the EU in 2004.

Jonathan Portes, professor of economics at King’s College London, said the prospect of Brexit “has clearly made the U.K. a much less attractive place for Europeans to live and work.”