A Liberal MP says U.S. President Donald Trump and other politicians who use intemperate language when referring to instances of racial discrimination or hate speech are “empowering” anti-Semitism in Canada.

“When people start saying that there were good people in a neo-Nazi rally at Charlottesville, when people start tolerating speech that attacks groups or communities anywhere in the world, it obviously empowers people here in Canada who hate to come forward and speak publicly of things that they would never have before said in public,” Anthony Housefather told CBC News.

Housefather made the comments as Prime Minister Justin Trudeau prepared to deliver an apology in the House of Commons today for the Canadian government’s 1939 decision to turn away a ship carrying 907 German Jews seeking refuge from the Nazi regime.

The Quebec MP said it’s his hope and expectation that Trudeau’s apology will not only address the historical actions of the Canadian government but confront contemporary anti-Semitism as well.

“At every level, politicians who empower hate cause problems for all Canadians,” Housefather said. “It wasn’t only President Trump, but he is certainly one person who very publicly on his pulpit has said it.

“And there are not good people at neo-Nazi rallies.”

In August of last year — following a white nationalist rally in Charlottesville, Virginia which saw neo-Nazis clash with anti-fascist protesters, leading to the death of 32-year-old Heather Heyer — Trump insisted at a press conference that “both sides” shared the blame for the deadly violence.

“You had some very bad people in that group, but you also had people that were very fine people, on both sides,” Trump said after the Charlottesville event.

Trump’s comments overshadowed the more balanced statement he delivered in the White House the previous day, when he said neo-Nazis, members of the KKK and white supremacists taking part in violence “were criminals and thugs.”

James Alex Fields, 20, is alleged to have driven his car into the crowd, killing Heyer. He has subsequently been charged with first degree murder and a string of hate crimes for his involvement in the protests.

Housefather said that Trump was not the only politician turning a blind eye to racist and anti-Semitic actions and statements. In a subsequent email to CBC News, he identified British Labour Leader Jeremy Corbyn as another politician whose public words — or lack of them — empower anti-Semitism.

“When there is a group that sponsors hate or promotes hate, even if they support your political party, you should be denouncing them and you should be refusing their support and clearly saying that you don’t want their support,” he said.

Corbyn and the Labour party have drawn widespread criticism for anti-Semitic statements by members, and over Corbyn’s presence at a ceremony in Tunisia in 2014 which is said to have honoured the perpetrators of the 1972 Munich terror attack. During that attack, 11 members of the Israeli Olympic team were taken hostage and killed.

Looking ahead to the apology, Housefather said Canadians can expect a history lesson on what Canada did wrong in the 1930s before moving to what can be done to combat anti-Semitism in Canada today.

“Although Canada, we have to acknowledge, is better than almost any country in the world … there is still anti-Semitism, there is still hate, and I am sure the prime minister will be talking about that, and about the government’s plans to deal with that,” he said. 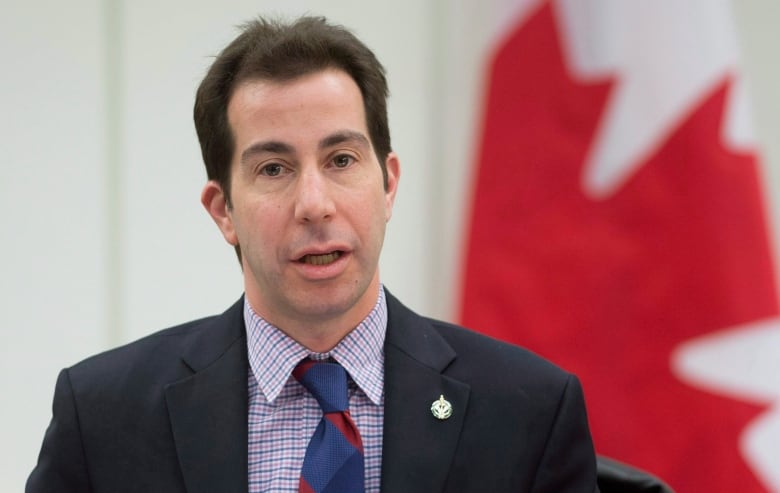 In 1939, the MS St. Louis left Germany carrying 907 Jewish passengers fleeing persecution by the Nazi regime. The ship was turned away from Cuba and the United States before a group of Canadians tried to convince Prime Minister Mackenzie King’s government to let it dock in Halifax.

The Canadian government heeded the anti-Semitic sentiment abroad at the time by severely restricting Jewish immigration. From 1933 to 1945, only about 5,000 Jewish refugees were accepted because of Canada’s discriminatory ‘none is too many’ immigration policy.

When Ottawa refused to let the MS St. Louis passengers disembark, the ship returned to Europe.

About half the passengers were taken in by the U.K., the Netherlands, France and Belgium. About 500 of them ended up back in Germany, where 254 were killed in concentration and internment camps.

Since his election, Trudeau has personally apologized to gay men and women targeted by the authorities for their sexuality. He apologized for Canada’s 1914 decision to turn away the Komagata Maru ship that was carrying 376 migrants, mostly Sikhs, and he exonerated six Tsilhqot’in chiefs who were hanged in 1864 for their role in the killing of six white colonists.

Sol Messinger, one of the few remaining survivors of the MS St. Louis, who marked his seventh birthday on board the ship, will be in Ottawa to witness it firsthand.