While Foreign Affairs Minister Chrystia Freeland will be present at the event, the three leaders themselves will sign the new trade deal.

Even after the deal is signed, it remains a long way from taking effect. The elected governments of all three nations still have to ratify the deal.

In Canada and Mexico, that process is expected to be pretty straightforward. In the U.S. — where the recent midterm elections delivered the House of Representatives to the Democrats — it could be more challenging.

“I think it’s fantastic news,” former Conservative interim leader Rona Ambrose told CBC News Network’s Power & Politics. “We need to have that level of leadership come together to sign to send a very strong signal that if this is the agreement we’ve come to, and this is the agreement our leaders support.”

“We don’t need any more uncertainty around the trade file in North America,” added Ambrose, who served on Trudeau’s NAFTA advisory panel. “Of course we’ll probably continue to see some of it around tariffs on steel and aluminum, but let’s hope that’s resolved soon.”

U.S. tariffs on Canadian steel and aluminum will remain in place for the time being, Freeland’s office has confirmed.

Symbolism of the signing

Both the White House and the Mexican government said openly in the days before the signing ceremony that it would involve the leaders of the three countries.

Only Canada sounded a somewhat sour note, saying that there were still difficulties in the text and hinting that it was reluctant to have a celebratory signing. Canada’s preferred approach would probably have been a low-key signing where ministers, rather than heads of government, put their imprimatur on the accord with the minimum of public fuss.

But that ran up against the political needs of the leaders of the two other leaders. 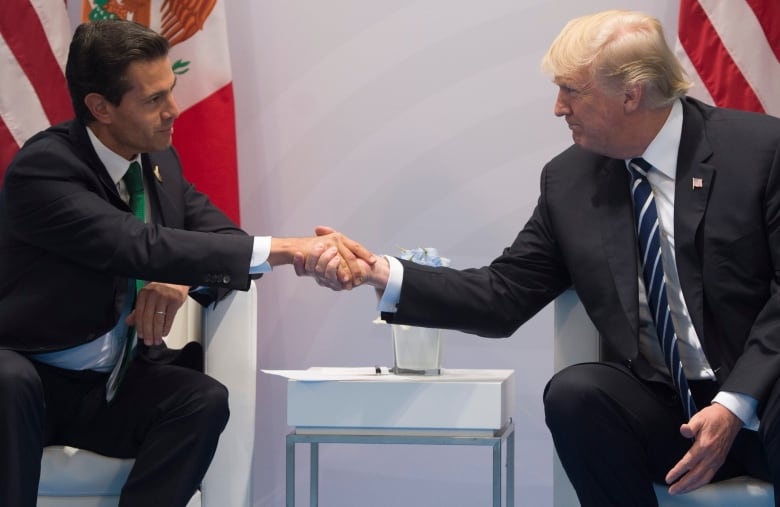 Trump sold the renegotiation of NAFTA to his base of supporters as a huge improvement over the previous deal. It’s only to be expected that he wants the photo to prove it, complete with the other two countries signing what he could present to his base as articles of capitulation.

But his Mexican counterpart, Pena Nieto, sold the deal to his people as a victory for Mexico, saving free trade from a U.S. president who wanted to kill it. Pena Nieto has reached the end of his six-year term and is set to be replaced by Andres Manuel Lopez Obrador (AMLO), a politician who represents Mexico’s left and who has often questioned the value of NAFTA and of international trade generally.

It’s a safe bet that Pena Nieto wants his legacy to be that of a man who did what had to be done to save NAFTA, the bedrock of Mexico’s modern prosperity.

With the leaders of both of the other NAFTA partners determined to sign in person, it became very difficult for Trudeau to delegate to someone else.

In the run-up to this announcement, the NDP and two national dairy organizations have urged Trudeau not to sign the deal.

What worries the dairy sector is a USMCA annex on agricultural trade. The dairy organizations say it “fundamentally undermines Canadian sovereignty” by granting the Americans “oversight into the administration of our Canadian dairy system.”

In letters written to Trudeau Thursday, both the Dairy Farmers of Canada and the Dairy Processors Association of Canada said they’d received assurances from negotiators that this text would not be part of the final deal. 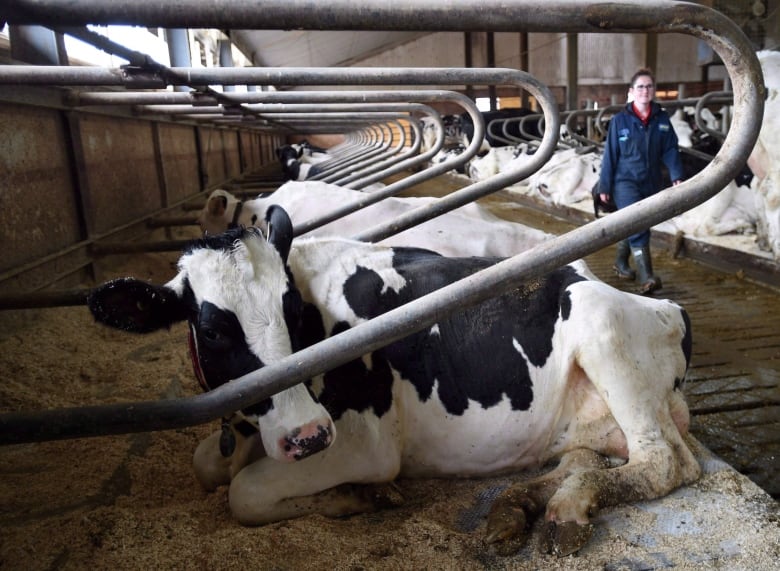 Two national dairy organizations have urged Trudeau not to sign the deal, saying it grants the Americans ‘oversight into the administration of our Canadian dairy system.’ (Sean Kilpatrick/Canadian Press)

But dairy industry stakeholders who spoke to CBC News said that, contrary to these assurances, they were told by government officials that this language has become part of the official agreement. The industry stakeholders told CBC News the measures compromise their sovereignty and threaten their ability to manage their business how they see fit.

CBC News has reached out to Global Affairs Canada for confirmation and has not received a reply.

As of Thursday evening, the Global Affairs website had not yet posted the text of the agreement and was still sending readers to the USTR, website where they could find the U.S. version of the agreement.

The American dairy industry is aggressively in search of new markets for its milk, which it produces far in excess of its domestic demand. It’s also suffering losses due to retaliatory tariffs from other countries and markets it’s missing out on, thanks, in part, to Trump’s abandonment of other trade deals like the Trans-Pacific Partnership.

Having more information about what Canada is doing with its strict price and production controls, while simultaneously gaining access to a new share of Canada’s protected market, could be highly beneficial to the American industry at a time when it’s pressuring the Trump administration to compensate for those losses.

The USMCA also requires Canada to abandon a new pricing system for dairy ingredients that the industry believed was essential to its long-term viability.

Ruth Ellen Brosseau, the NDP’s House leader, demanded in the House of Commons today that the dairy oversight clause be removed before Canada signs the USMCA.

“This clause will have devastating and crippling consequences on our industry here in Canada,” she said.

“We made sure that the American attempts to destroy our supply management system did not succeed,” Agriculture and Agri-Food Minister Lawrence MacAulay replied. “We understand that they had some problems and we’re going to make sure that they’re fully and fairly supported.”

NDP trade critic Tracey Ramsey added that with U.S. steel and aluminum tariffs still in place, signing now would amount to “losing our best chance to eliminate them. The reasons for not signing this deal are stacking up.”