At one time, Donald Trump’s words sounded reassuring to Tommy Wolikow. Now more than a year later, they just torment him.

“Don’t move, don’t sell your house,” the U.S. president urged a cheering crowd in Youngstown, Ohio, in July 2017, promising to resurrect the region’s dwindling manufacturing jobs. “They’re all coming back.”

Wolikow, a 36-year-old father of three, was standing there listening, hopeful. The former General Motors quality control worker at the GM Lordstown Complex had been laid off months earlier, and bought a two-storey home for $110,000 US with his wife, Rochelle, located just three kilometres from the factory.​ He was hoping to soon return to work.

Wolikow voted for Trump in 2016, inspired by his pledge to reinvigorate the manufacturing economy. He was a believer. So when Trump encouraged supporters not to sell their homes, to trust his economic stewardship, Wolikow accepted it.

But as 14,000 layoffs were announced by GM on Monday, it became clear that Trump has not lived up to being the manufacturing messiah he claimed to be.

Among other factors, many economists are faulting his trade policy and confirming their doubts that a tax-reform package benefiting corporations would save factory workers.

After nine years at GM, Trump’s inauguration day, Jan. 20, 2017, turned out to be Wolikow’s last day on the job. Once a diehard Trump supporter, Wolikow’s faith has waned. Over the last two years, he has seen only job losses in Ohio — including both his and Rochelle’s, who was a GM employee on the door line at the Lordstown plant.

“The information we got is devastating,” he said about the new layoffs and GM’s plan to idle five factories in Ohio, Michigan, Maryland and Oshawa, Ont. 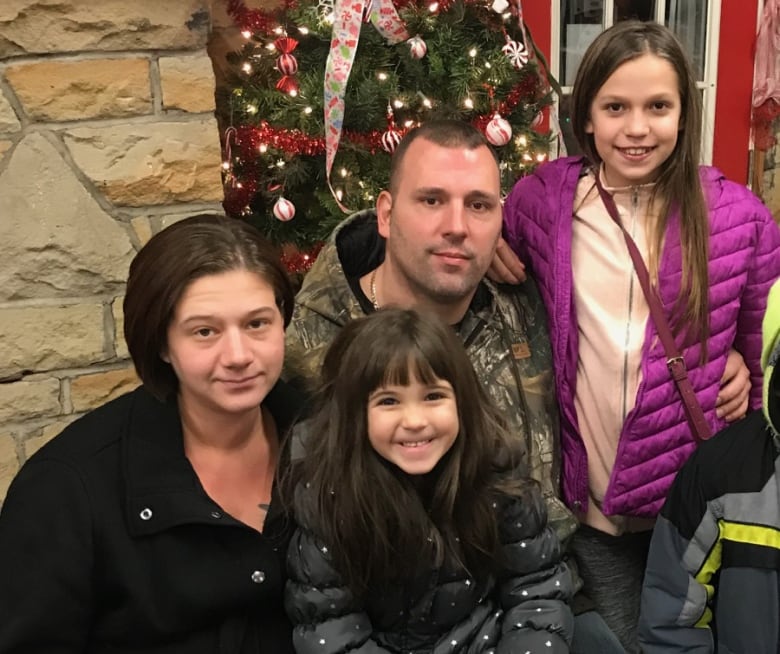 Tommy Wolikow is shown with his wife, Rochelle, and their daughters Ali, 6, and Natalie, 11. Wolikow and his wife were both laid off last year by GM. Rochelle has found work as a waitress, while Wolikow is still seeking work. He says the couple has maxed out their credit cards. (Tommy Wolikow )

The couple worry about the value of their home diminishing. “How are you going to sell a house in the area when nobody wants to live there anymore?” Rochelle said.

Consumer preferences are changing. Only 30 per cent of American automobiles sold today are cars, like the Chevrolet Cruze compact, manufactured in Lordstown. Trucks and SUVs make up the remaining 70 per cent.

Yet Trump’s vow in Ohio last year seemed to disregard that fact, as well as the shift toward autonomous and electric cars, in favour of crowd-pleasing pledges to build new plants and reverse manufacturing job losses.

“The moment that was said, it was literally an impossibility,” said Bell, a former senior director of economic policy at the Washington-based Bipartisan Policy Center who now does consulting work. “It’s like saying we’re going to make coal have a huge comeback. We’re not.” 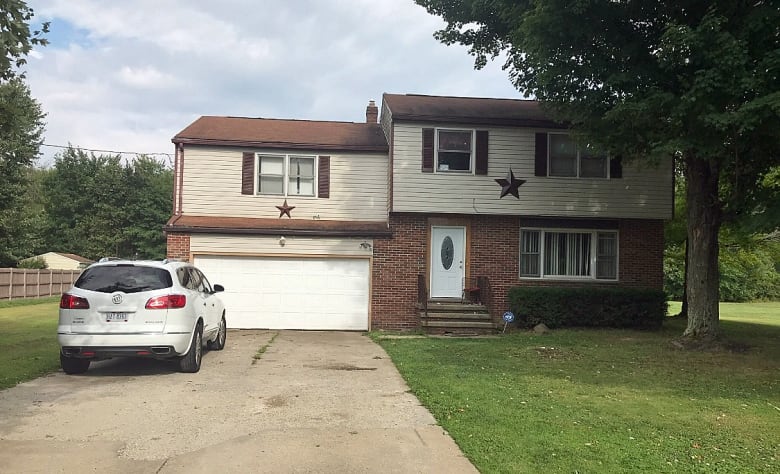 The Wolikows bought this house in Youngstown, Ohio, shortly before they were laid off. Tommy Wolikow attended the local rally last July when Trump told his supporters not to sell their homes, promising to revive the manufacturing economy in Ohio. (Tommy Wolikow)

Trump’s apparent lack of understanding for global supply chains and his insistence of imposing 25 per cent tariffs on imported aluminum and steel likely exacerbated GM’s challenges, he said. Hiking the price of those metals simply passes the costs onto consumers, hurting the automaker’s bottom line.

“If you put a 25 per cent tax on steel, aluminum, washing machines and a tax on solar panels, you’re going to price out a number of people who would otherwise want those products.”

While Trump sold the metal tariffs as necessary for saving the U.S. steel industry, it has been a net negative for job creation, Hills noted. The Trade Partnership, a Washington-based economics research firm, found that there would be 16 jobs lost for every one job created by the Trump-imposed tariffs. 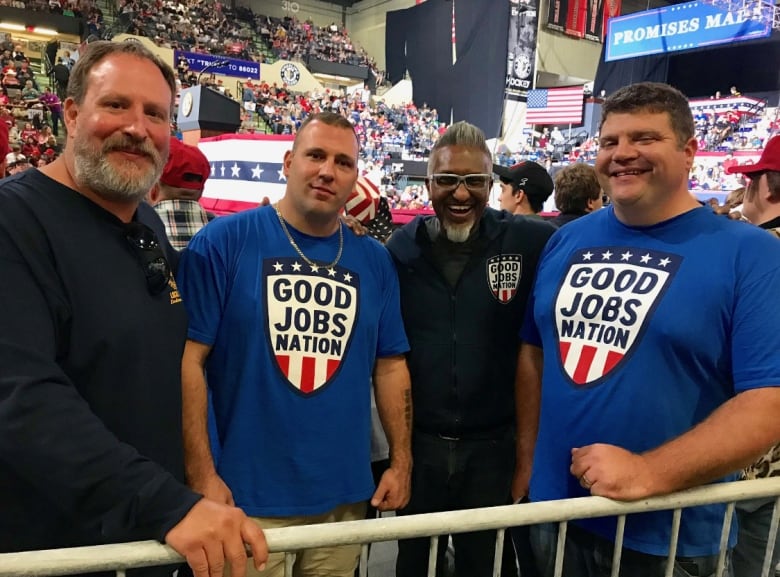 Wolikow, second from left, has been attending Trump rallies with a coalition called Good Jobs Nation, which has worked to bring attention to the struggles of workers in the U.S. manufacturing sector. (Tommy Wolikow)

North America’s auto and motor vehicle supply chain was once the most competitive in the world, Hills said. Now she believes the Trump economy is experiencing the unpleasant human cost of some of his economic policies.

“Tariffs,” she said, “are just not an effective mechanism to improve the trade relationship.”

To win re-election in 2020, Trump will likely have to once again take the manufacturing states of Wisconsin, Ohio, Pennsylvania and Michigan. Tariffs could become a sore point.

GM had already seen it coming. The company warned back in the summer that the tariffs could lead to “a smaller GM,” including job cuts in the U.S. and abroad. The company also said Trump’s tariffs have already cost it $1 billion US, prompting Democratic congressman Tim Ryan to accuse Trump of being “asleep at the wheel” and demanding he keep his vow to revive Ohio’s manufacturing sector.

“This isn’t what we were promised,” said Albert Sumell, an economics professor at Ohio’s Youngstown State University.

“I would say that when Trump was campaigning, he was the emperor that wears no clothes, making promises that any objective analysis would prove false — to the extent that most of the jobs that were lost were not lost due to China, they were lost due to automation.”

Americans are also witnessing how slashing the corporate tax rate may have pleased shareholders, but failed to fulfil its premise of incentivizing companies to reinvest in workers and spur manufacturing growth.

That hasn’t been borne out in reality — despite GM posting a $2.5 billion third-quarter profit at the end of last month.

“Look at it from a business perspective,” Sumell said. “All of a sudden, you have millions of more dollars than you expected to have. There’s no rule that you have to use those dollars to invest in new plants and new jobs.”

A survey of 42 economists last year found every expert, except for one, doubted the tax bill would help the economy result in substantially higher GDP. All those surveyed agreed it would increase the debt. 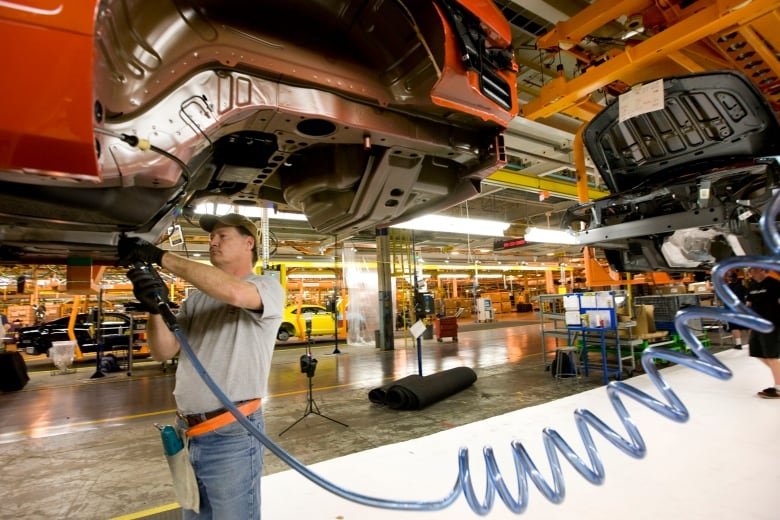 Dwayne Killingbeck bolts parts to a Camaro on the assembly line at the GM plant in Oshawa, Ont. The facility is one of five the automaker says it will soon mothball. (Norm Betts/Bloomberg)

Michael Graetz, a former U.S. Treasury official and tax law expert, agrees the tariffs should blare a “caution sign about trade wars.” But he isn’t so quick to criticize the president’s tax-reform policies, believing it’s still too early to tell whether the lower tax rate will ultimately produce more jobs in the U.S. — even though he says “there’s no question” most of the savings have gone into stock buybacks.

Much as it might be convenient to blame the president, Charlie Chesbrough, a senior economist with Cox Automotive, said the biggest driver was shifting consumer tastes.

“I don’t think we can hang this one around the president’s neck,” he said.

The cuts on Monday could be GM trying to play catchup to Fiat Chrysler, which announced in the summer it would cease making cars in the U.S. to focus entirely on pickups and SUVs. Ford made a similar announcement.

Very disappointed with General Motors and their CEO, Mary Barra, for closing plants in Ohio, Michigan and Maryland. Nothing being closed in Mexico &amp; China. The U.S. saved General Motors, and this is the THANKS we get! We are now looking at cutting all <a href=”https://twitter.com/GM?ref_src=twsrc%5Etfw”>@GM</a> subsidies, including….

After he was laid off, Wolikow went back to school to earn his diesel technician’s degree. He’s still looking for work. Rochelle is scraping by as a waitress at Cracker Barrel, earning $4.15 an hour, plus tips.

In the meantime, he’s waiting for the president to respond to a letter from his United Auto Workers president — a letter he hand-delivered to Trump’s 2020 campaign chief operating officer at a recent rally, pleading for help for autoworkers.

“I’m still holding on hope Trump is going to do something,” he said. “But how do you support someone when you know they’re not supporting you?”