There is perhaps no witness more threatening to Donald Trump right now in the Russia collusion probe than the man who once claimed he would “take a bullet” for the celebrity billionaire-turned-president of the United States.

Trump’s former personal lawyer, Michael Cohen, pleaded guilty in a U.S. Federal Court on Thursday, admitting to lying to Congress last year about a Trump Tower real estate deal in Moscow that was in the works in 2016.

Cohen testified before the Senate intelligence committee in August 2017 that he broke off talks on the so-called Russia project in January of 2016, months before the Iowa caucuses and the first Republican presidential primary. But prosecutors discovered the business project was actually discussed well into June of that year.

Trump’s former right-hand man now admits the Trump-Russia business talks continued through that summer, and he says Trump and some of his family members knew about it.

Cohen’s new statement came as part of a plea deal he cut with special counsel Robert Mueller, who is investigating possible Trump campaign involvement with Russia’s meddling in the 2016 presidential election. The deal is a coup for Mueller’s team — and not just because of Cohen’s 10 years of service as Trump’s fixer.

Here are a few key takeaways:

1) This is now a Mueller case

Robert Mueller, seen in this 2008 file photo, has been investigating allegations of Russian meddling in the 2016 presidential election, including possible collusion with the Trump campaign. (Alex Wong/Getty Images)

Remember, this is Cohen’s second time pleading guilty. Back in August, he pleaded guilty to federal charges involving his campaign work.

Those earlier charges, which would ultimately appear to implicate Trump in campaign finance violations over payouts to adult-film star Stormy Daniels and ex-Playmate Karen McDougal, had been handed off to the U.S. Attorney’s Office for the Southern District of New York. That’s because they didn’t directly pertain to Mueller’s investigation into Trump-Russia matters

“The other thing this tells us is that Mueller believes that lies to Congress concerning Russia-related matters are within the scope of his inquiries,” said Renato Mariotti, a former federal prosecutor. “You can imagine that poses a problem for other people who potentially lied to Congress about this sort of stuff.” 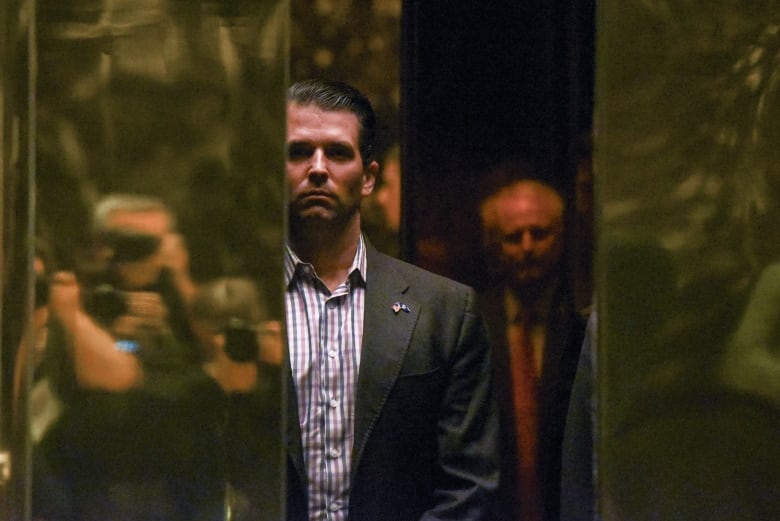 Donald Trump Jr. arrives at Trump Tower in New York City on Jan. 18, 2017. The president’s son has yet to be interviewed by Mueller. (Stephanie Keith/Reuters)

Cohen informed the court he “briefed family members of Individual 1 within the Company about the project” in Moscow. In the court documents, “Individual 1” is understood to mean Trump and “the Company” is an apparent reference to The Trump Organization. The president’s children are a sensitive area for him, and he is fiercely protective.

Legal experts say Trump’s eldest son, Donald Jr., might have particular cause for concern given Mueller’s obvious interest in the veracity of testimony before Congress.

Asked by the Senate judiciary committee in May about conversations regarding a potential Moscow deal, Donald Trump Jr. said he knew “very little” about the negotiations, though he did state his belief that Cohen was negotiating with Felix Sater, a Russian-born convicted felon and Trump associate, “in 2015.”

“I wasn’t involved,” he insisted at one point. Democrats accused him of making false statements.

“The fact that so many people around Don Jr. have talked to Mueller except for Don Jr., that sort of leaves him hanging on the branch,” said Julie Grohovsky, a former prosecutor who worked in Mueller’s office at the U.S. Attorney’s Office in D.C.

“I would be very, very worried if I were Don Jr.”

3) Cohen is a ‘big get’ as a co-operating witness 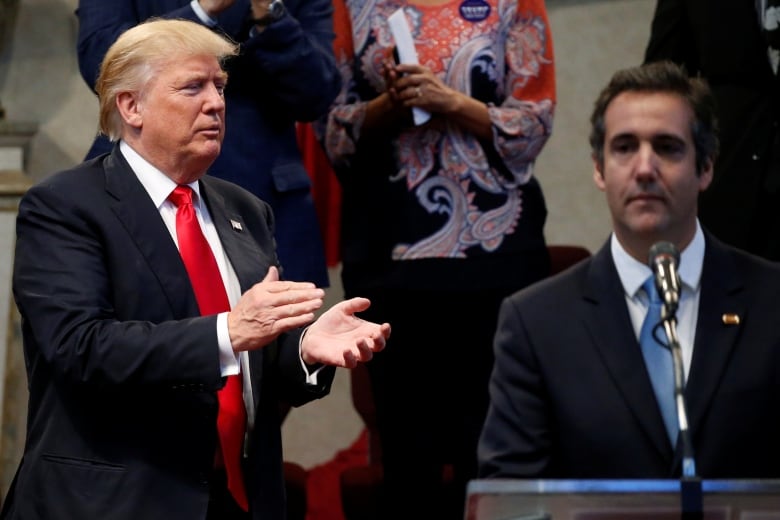 Donald Trump listens as Cohen delivers remarks on his behalf during a campaign stop in in Cleveland Heights, Ohio, back in September 2016. (Jonathan Ernst/Reuters)

Over the summer, Cohen was said to be in talks with Mueller. At the time, he was not named as a co-operating witness. Now the former Trump loyalist has pleaded guilty as a co-operator.

Page 4 of the plea agreement says it is conditional on Cohen continuing “to respond and provide truthful information.”

Given Cohen’s years of service with Trump, Grohovsky believes few witnesses would be more crucial to Mueller’s investigation than Cohen, and few people could put the president in greater peril as a witness to how Trump has done business over the last decade.

“He’s huge. He’s a big get. He was in the room for many things that happened,” Grohovsky said of Trump’s former personal attorney. “If it’s true that some of the things he taped, or had documents to reference, obviously his testimony is important. He can point the Mueller team to other people in the room. He can prove a meeting occurred and produce an airline ticket or a hotel reservation.”

If Cohen manages to co-operate — unlike Manafort, who allegedly breached his plea deal — he might be able to avoid a prison sentence.

As for President Trump, Grohovksy took his attack on Cohen as a “liar” to be evidence of “full-blown panic mode” over news that one of his closest associates has flipped.

“What we’re seeing is somebody who is seeing the noose is tightening,” she said.

“It seems the timing of this was linked to Trump’s answers to the questions, just because the two things happened so close in time,” said Harry Sandick, a former deputy attorney general with the Southern District of New York.

The timeline means Mueller never had to tip his hand to Trump’s legal team or signal what information he’d already gathered.

Friends, no coincidence that the Cohen deal implicating Trump personally in Russia contacts during campaign is announced just AFTER Mueller locked Trump in on collusion in writing–&amp; just BEFORE Trump will be face to face with Putin. As I have said all along: Bob loves surprises <a href=”https://t.co/8iLsOuqSDy”>https://t.co/8iLsOuqSDy</a>

Not only did the special counsel likely wait until after the midterm elections to announce the plea deal with Cohen — thereby avoiding any possibility he could be accused of interfering with the outcome of the election — Mueller also appears to have waited until after Trump’s answers could be reviewed by his team.

And those answers were submitted under penalty of perjury.

5) Another Kremlin brick in the wall 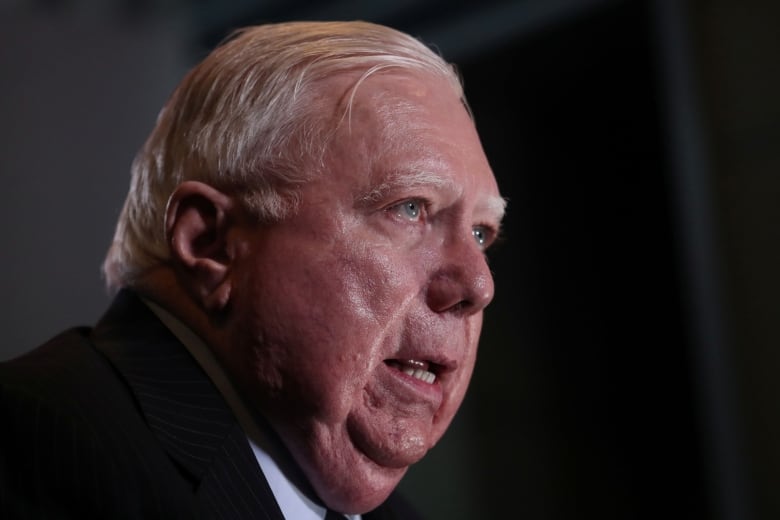 Cohen’s latest statement about pursuing a real estate project with the Russians adds another brick to Mueller’s foundation as he builds a case about Russian interference in the election and possible collusion between the Kremlin and the Trump campaign. There was already the June 2016 Trump Tower meeting in New York City, which established that Donald Trump Jr. willingly sat with a Kremlin-linked lawyer who had promised dirt on Democratic presidential candidate Hillary Clinton.

“Now we’re seeing there were just so many different connections between Russia and the Trump campaign,” Sandick said. “It’s not just one link, it’s multiple links, and it’s becoming harder for someone who looks at this with an open mind to say there’s nothing going on here.”