A white election supervisor and judge has resigned after she was filmed throwing a voter out of Texas polling site because she was ‘confused’ about where to vote.

Lila Guzman was caught on camera yelling at a black woman at the Williamson County Annex in Round Rock, Texas on Friday, KVUE reported.

Footage of the incident shows the official repeatedly telling the woman to leave after she was told she could not vote in that county. 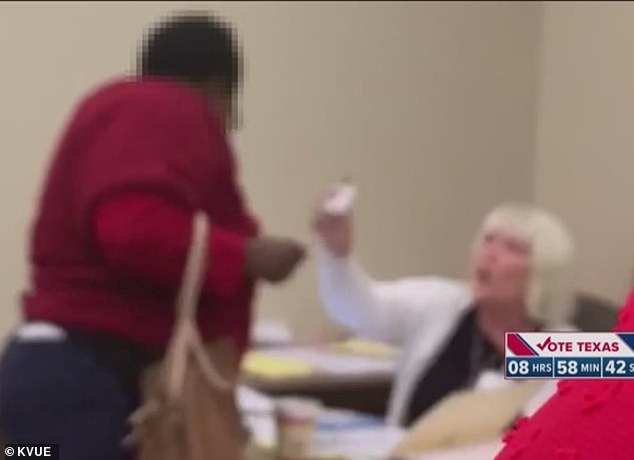 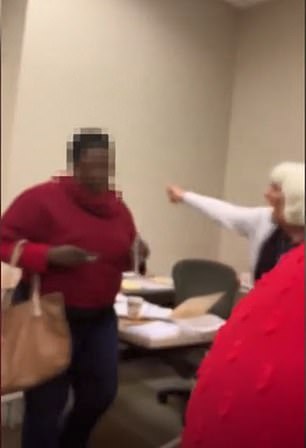 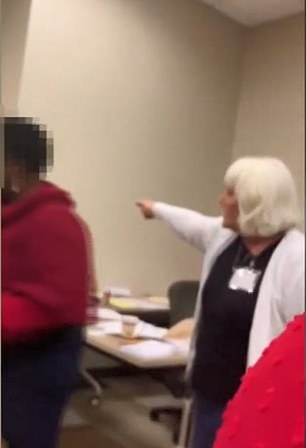 Footage taken by a voter at Williamson County Annex in Round Rock, shows Guzman repeatedly telling the woman to ‘get out’ after she told her she could not vote in that county

She later threatened to call the police.

A fellow voter who took the video, told the news outlet that she began to record the incident after she realized it was ‘getting out of hand.’

The female witness, who did not want to be named, said the woman had ‘an accent’ and needed help about where to vote.

Williamson County Elections Administrator Chris Davis later revealed that the woman had been registered to vote in that county, but she actually lived in Travis County.

He told the outlet that he believed the woman showed up at the polling site after she was turned away from Travis County. 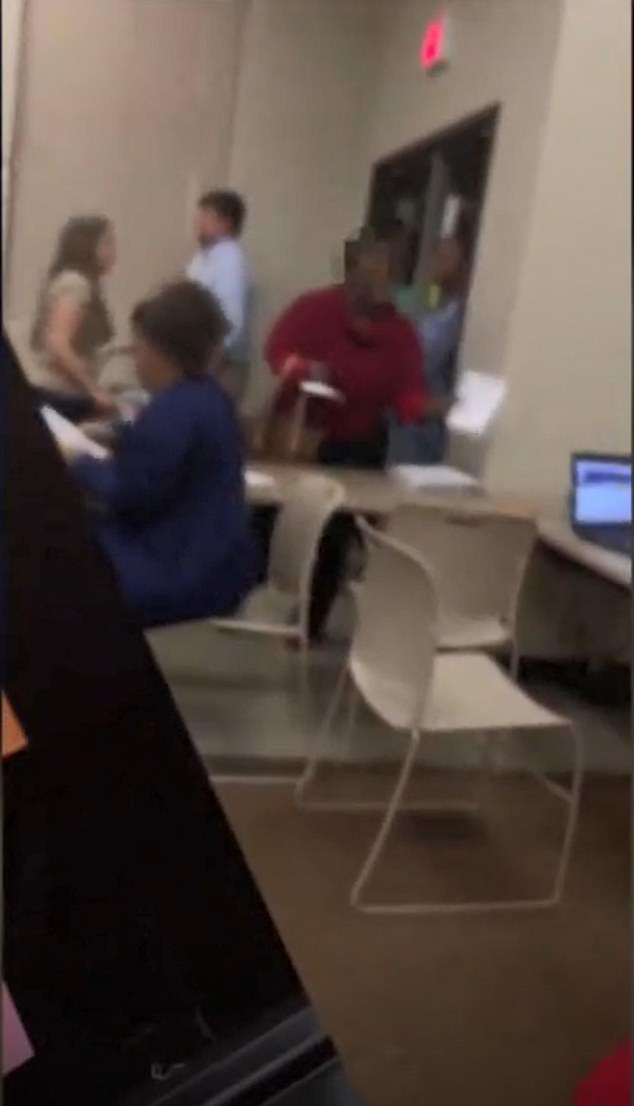 Guzman resigned from her post and reportedly told a KVUE reporter that she had been suffering from the effects of working multiple 12-hour days, and she acknowledged she did not handle the situation properly.

However, Guzman said she did not resign over the incident and maintained she quit her position because the office did not send back up when she tried to have the woman removed from the facility, according to the outlet.

Davis said he ‘regrets’ the incident and revealed Guzman, who had supervised multiple elections in the past, would not be working on Election Day. 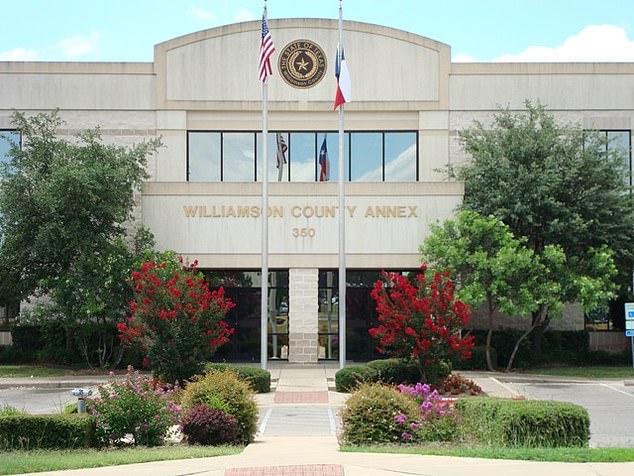 The incident took place at the Williamson County Annex (pictured) in Round Rock, Texas