As the Quebec government rolls ahead with its proposal to ban public employees from wearing religious symbols, one teacher who dons a hijab says there will always be people who “try to politicize your faith.”

“Secularism is about the state. The state should be neutral. But it cannot compel its citizens to be neutral as well,” Bouchera Chelbi, a teacher at Saint-Barthélemy and Maisonneuve elementary schools in Montreal told The Current’s guest host Piya Chattopadhyay.

“Telling me that because I decide to wear a religious [symbol] … [it] hinders me from doing my job correctly, from being neutral towards my … students or towards my colleagues, it is completely false.”

This week, the Quebec government tabled its long-awaited secularism bill, laying out proposed rules for ensuring religious neutrality of the state.

“I’m very proud of the bill we tabled today. It represents values, our values, and it’s important,” Premier François Legault said on Thursday. 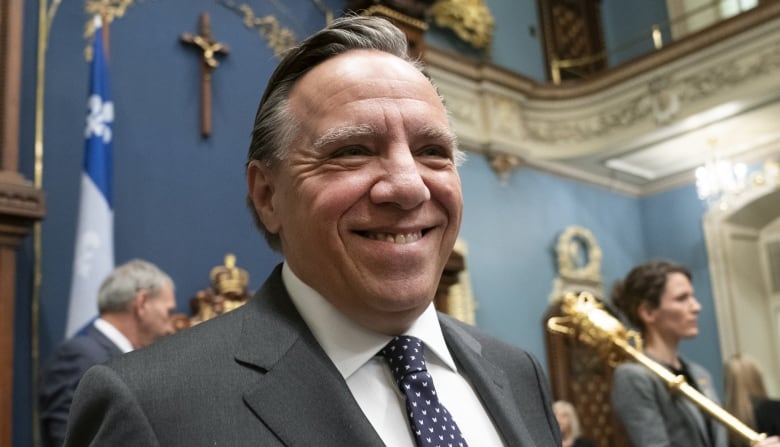 Quebec Premier François Legault’s government tabled legislation this week that could prevent public sector employees from wearing religious symbols such as the hijab, kippa or turban. But it’s not the first time the idea has been proposed. (Jacques Boissinot/Canadian Press)

If passed, Bill 21 would prevent public sector workers in positions of authority — teachers, police officers and government lawyers — from wearing religious symbols, such as the hijab.

Citizens could also be required to uncover their faces while receiving certain public services. For example, a woman could have to remove her niqab before getting on a bus, to confirm her identity in order to use a discounted transit card.

The Coalition Avenir Québec government is the fourth in a row to draft comprehensive legislation attempting to regulate what accommodations should be made for religious minorities. None of those attempts were successful.

The proposed bill has drawn the ire of civil and religious rights activists in the Ottawa-Gatineau region, who plan to challenge the bill. 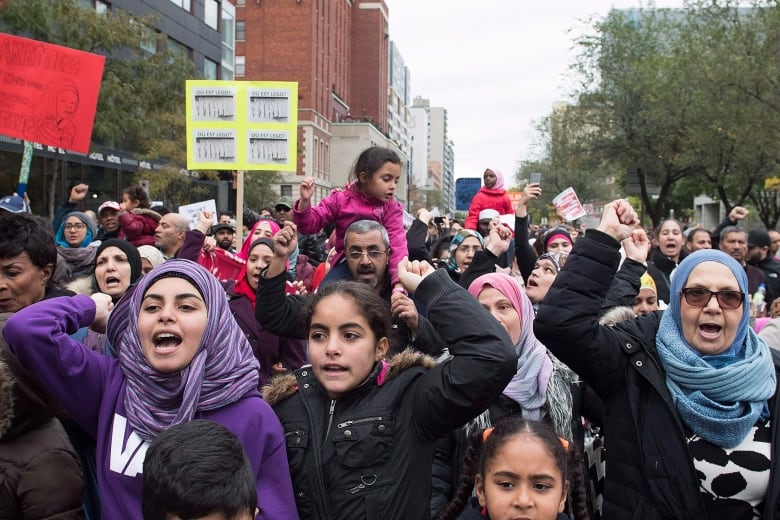 The Quebec government’s intentions to regulate religious clothing has already drawn protests, including this one last fall in Montreal. (Graham Hughes/Canadian Press)

“It’s [religion], something that is private and that has nothing to do with your work and the people you are supposed to serve,” she told Chattopadhyay.

“If you represent the state, you are supposed to represent, as well, the neutrality of the state.”

Christopher Skeete tells The Current’s guest host Piya Chattopadhyay why the Quebec government hasn’t come up with a laundry list of religious symbols that would be banned if Bill 21 passes. 1:37

Bensalem argues people can take off their religious symbols for seven or eight hours at work, and then put them back on when they get home.

But for Chelbi, she says this is about her freedom as a woman, to wear what she chooses.

“It’s no big deal for her, but for me it’s a big deal,” she said of Bensalem’s comment.

“I am a feminist. Do you think that I am going to allow anybody to [tell] me, ‘OK. If you want to go there you should be dressed like this.'”

Click ‘listen’ near the top of this page to hear the full conversation.