Dozens of customers have slammed a touring chocolate festival claiming there was very little chocolate at the ‘appalling and embarrassing’ event.

Sweet-toothed revellers paid as much as £17 for the Fantastical Chocolate Festival in Bristol on Sunday but posted photos on social media of virtually empty halls complaining about a lack of stalls.

Others hit out at the optional ‘goody bags’ that cost £7 extra but contained ‘a tiny bag of horrible pick ‘n’ mix’.

The festival, which promised a ‘day of delectable confectionery’ featuring live music and displays from chocolatiers and is currently touring the country, with shows planned for London next April. 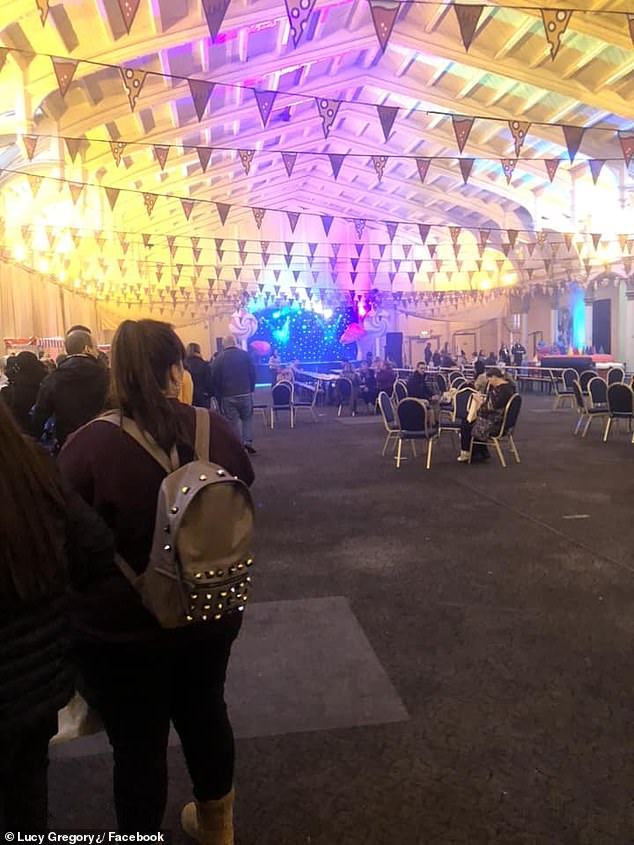 Customers hit out at the Fantastical Chocolate Festival in Bristol on Sunday, pictured, claiming it was ‘not worth the money’ because there was ‘hardly anything there’ 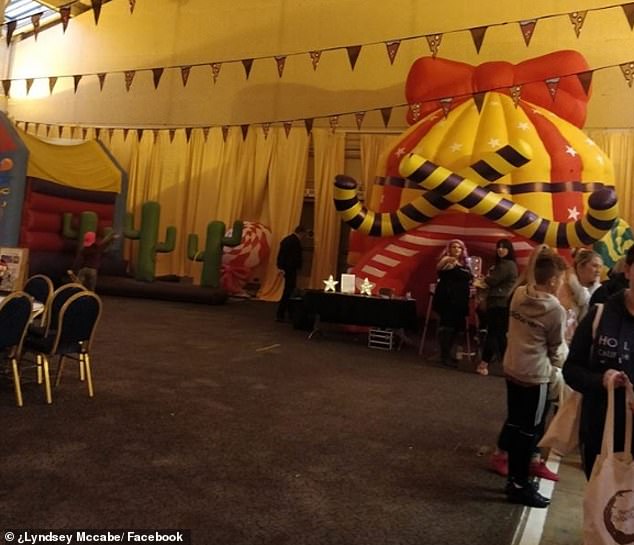 Some described the festival in Bristol, pictured, as a ‘total waste of time and money’. Adults paid as much as £17 for entry 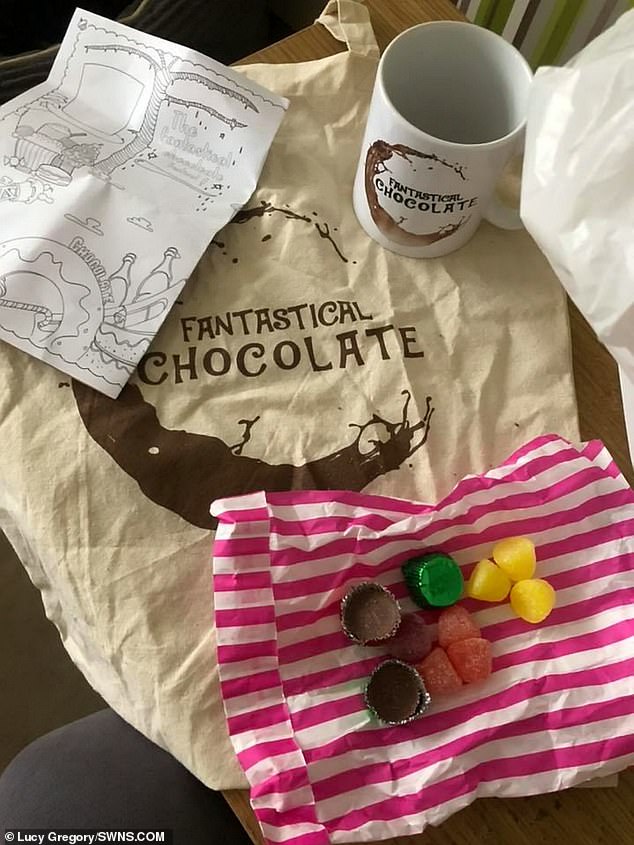 Angry visitors posted scathing reviews on the festival’s Facebook page ahead of upcoming events including a sold-out show in Cardiff on November 18 and another event in Bournemouth in December.

Samantha Wise said: ‘Absolutely appalled and embarrassed as it was my idea to go with friends.

‘It was so not worth the money. We managed 45 mins and that was just because the kids were queuing for candy floss that took absolutely ages.

‘So very disappointed. I travelled a fair distance for this event. What a complete waste of my day. Eight of us went and we were all very underwhelmed!’

The company behind the festival, Mega Events, has previously held more successful events in the city such as Gin and rum and reggae festivals.

However, many said this one was not what they expected.

Writing on Facebook, Hana Honey, of Swindon, threatened to complain to Trading Standards about the event.

She added: ‘I travelled from another city to the chocolate festival in Bristol today and organisers should be ashamed of themselves.

‘I would like a refund for the 2 tickets I bought with goodie bags. Goodie bags contained a mug, colouring sheet, tiny bag of horrible pick a mix sweets and voucher for a dip in the fountains, not worth the extra ticket money at all!

‘The fountains were supposed to be upon entry but were at the back of the room in the corner.

‘The first stall was for cheese…what’s that to do with chocolate? Only about 16 stalls in the whole event and most were cakes or cookies, not many proper chocolate stalls selling chocolates!! 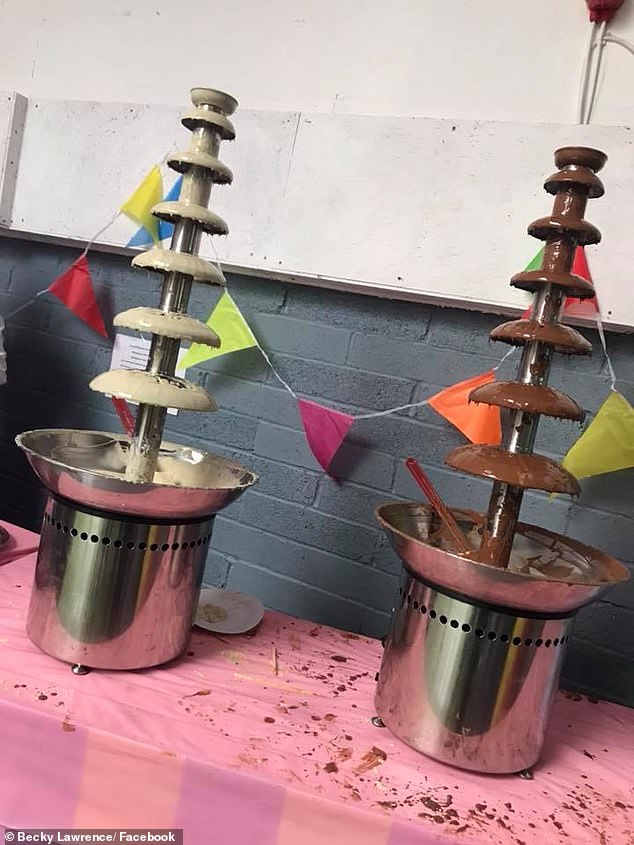 Pictured: Chocolate fountains, pictured at a previous Fantastical Chocolate Festival in Liverpool, were on offer but some in Bristol complained they were ‘hidden at the back of the room’ 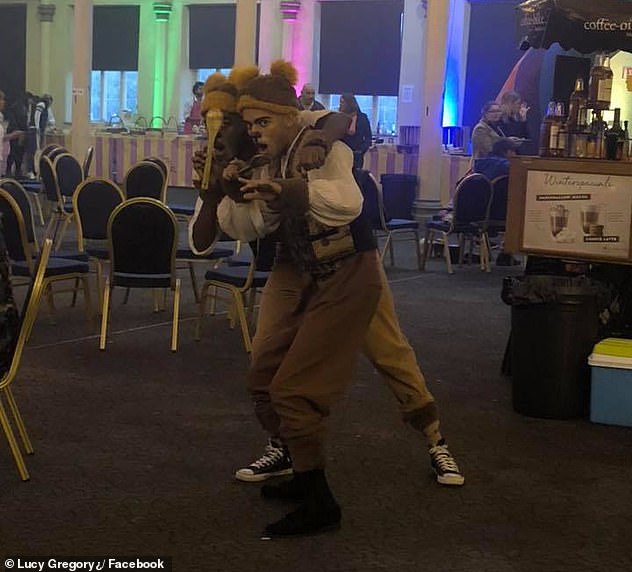 The Bristol festival also featured ‘Willy Wonka-inspired characters’, pictured, but customers said it did not ‘deliver what was advertised’

‘No candy floss flowers just normal candy floss, no candy apples at all! No giant chocolate eggs, no photo booth, no ice cream, no chocolate sculpting! No boozy chocolate bar or milkshakes at all!

‘This event is poor, poorly run and poorly organised and hideously over priced not delivering anything like is advertised.’

She added: ‘I feel I have been misled by false advertising! I would like a refund of both tickets please or I will make a formal complaint to trading standards or the equivalent of your company and events!’

Jenny Bailey added: It’s an absolute disaster of an event. We paid almost £50 for two adults and a three-year-old and it was not what we expected at all, there was hardly anything there.’

Organisers confirmed they had been asked for 42 refunds so far.

The firm added it had positive feedback from the 1,400 customers but said staff had a meeting on Monday to discuss ways to improve going forward.

Some customers did praise the event on social media, calling it a ‘magical’ event for their children.

Jenny Davies wrote: ‘The entertainers did a good job, lots of interaction. Lots of lovely cakes, cheese and chocolates to buy. Little bit disappointed as was expecting a photo booth, cocktail bar, etc.

‘It’s a great idea that just needs developing. We all like our chocolate and hope a more positive post may help.’ 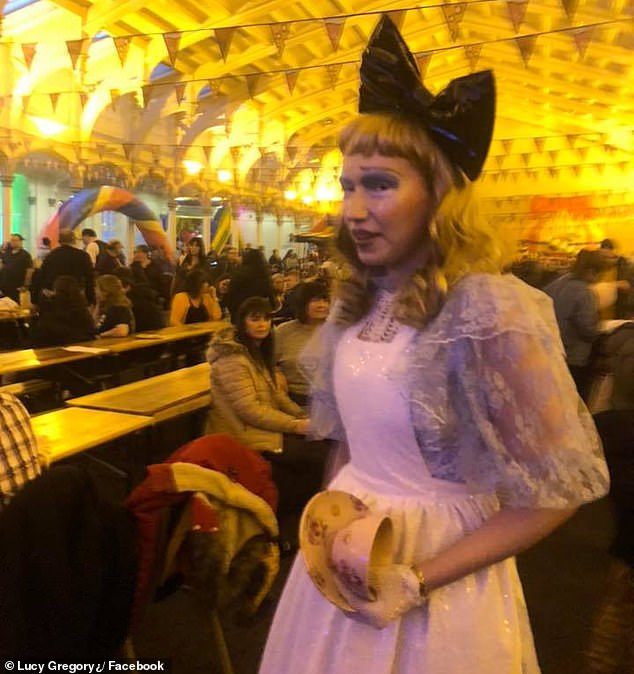 Another character at the Bristol event appeared to be inspired by Alice in Wonderland, pictured

Fantastical Chocolate Festival, which denied it had ‘deleted negative reviews’ from its Facebook page, later issued a statement apologising to people who were disappointed.

The statement said: ‘We are aware of some negative feedback as well as other good feedback.

‘We would like to apologise to any guests who did not have a positive experience at our event.

‘We are listening to all feedback very carefully and will take the appropriate action to continue to improve this event, so that we can bring it to the level of our other touring shows.

‘As with any new conceptual event it is particularly difficult to meet the varying expectations of a wide range of guests from all walks of life, however we must strive to do so.

‘We have made a vigorous investment into the show, intentionally running it at a loss in Bristol in order to make significant improvements for our guests.

‘At present we have 42 refund requests out of our 1,400 guests, which is a level that we want to bring down to zero for future events.’

Speaking today, a spokesman added ‘significant’ improvements would be made to the number and variety of traders. 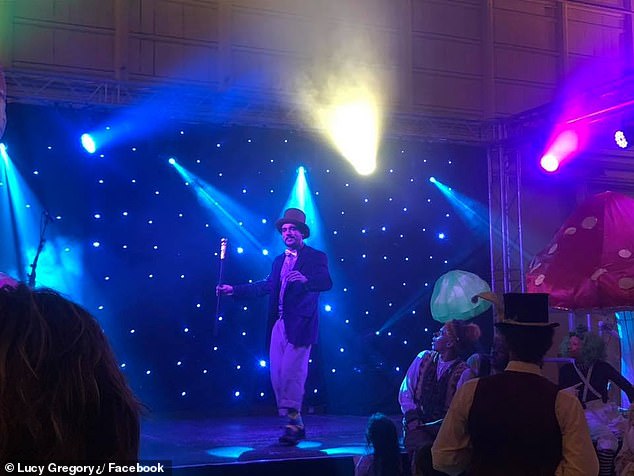 Fantastical Chocolate Festival apologised to customers and said it was focusing on improvements for upcoming shows. Pictured is live entertainment at the Bristol event

The spokesman said: ‘Future guests of The Fantastical Chocolate Festival can expect further improvements to the event. We intend to significantly improve both the number and variety of traders.

‘There will be a wider range of chocolates, showcasing different types, tastes and pricepoints, as well as many more other sweet treats for guests to try and buy.

‘Those who purchase goody bag tickets, with added reusable tote goody bag, can expect to find a much wider selection of chocolate in the bag, as well as The Fantastical Chocolate Festival mug and other goodies.

‘We will also provide separate goody bags for adults and children to ensure that the treats found inside are perfect for the person receiving them.

‘In terms of entertainment, we currently have 15 performers and character actors engaging with festival guests, however we will be improving this further with even more entertainment for both adults and children, designed to add to the overall enjoyment of the experience.

‘Concept-led events often need fine-tuning in order to reach the expectations of different types of guests.

‘The feedback we receive is very important to us and we will act on it to ensure we keep improving our event.’