A man suspected of killing his parents and three other people — including a girl he was dating — has been captured after an intense manhunt spanning several states, authorities in Louisiana said Sunday.

Dakota Theriot, 21, was located in Virginia early Sunday after fleeing the day before, according to a statement by Ascension Parish Sheriff Bobby Webre and Livingston Parish Sheriff Jason Ard.

Theriot was arrested by the Richmond County Sheriff’s Office. The statement said he will be brought back to Ascension Parish to be booked on two counts of first-degree murder, home invasion and illegal use of weapons.

Authorities said Theriot first shot and killed three people — the woman believed to be his girlfriend, her brother and father — in Livingston Parish before taking her father’s truck, driving to neighbouring Ascension Parish, and shooting his parents. 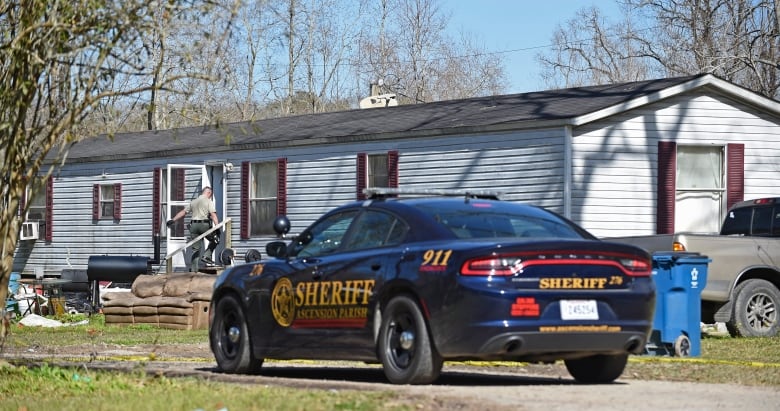 Police investigate at a home where Keith and Elizabeth Theriot, both 50, were found shot and killed in Gonzales, La., on Saturday. (Hilary Scheinuk/The Advocate via AP)

Authorities have identified the victims in Livingston Parish as Billy Ernest, 43; Tanner Ernest, 17; and Summer Ernest, 20. Ard said Summer Ernest and Dakota Theriot were in a relationship and that Theriot had been living with her family for a few weeks.

Authorities earlier identified the other two victims as Theriot’s parents — Keith and Elizabeth Theriot, both 50, of Gonzales.

They were shot in their trailer on Saturday morning.

“The father was gravely injured at the time we found him and has since passed away,” Webre said late Saturday. But before he died, Webre said authorities were able to get a “dying declaration from him, and only enough information to let us know that it was his son that committed this act.”

“My family met him last weekend at a birthday party and didn’t get good vibes from him,” DeYoung said. She said she wasn’t sure how her niece and Theriot met, but that she believed the relationship was relatively new. 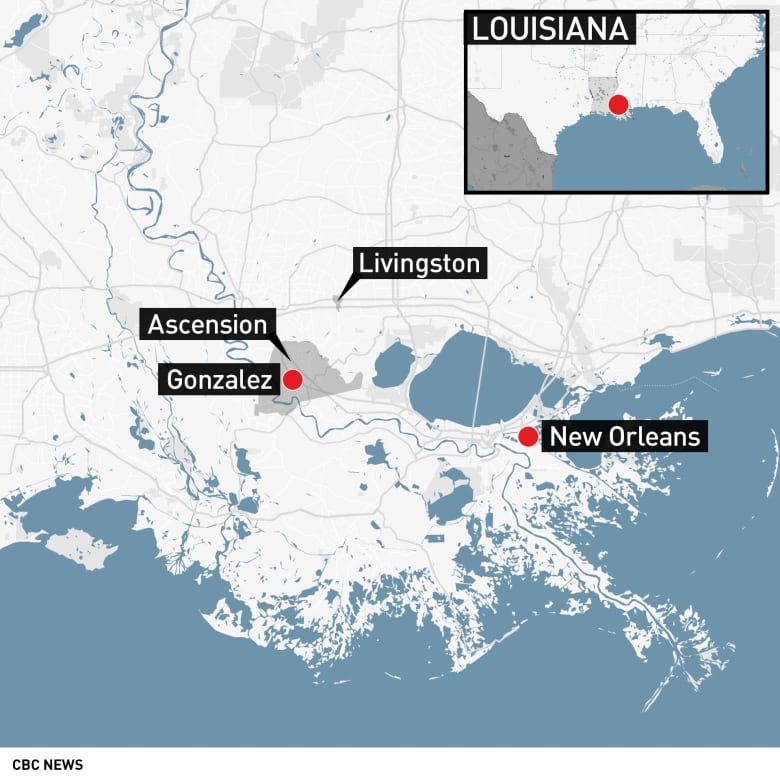