This is the shocking moment police officers scramble to help a stabbing victim with a knife still lodged in his back after a vicious daylight attack in London.

Footage shot in Hackney, east London, on Thursday last week shows the unidentified victim writhing around in a pool of his own blood as passers-by attempt to help him.

As the camera zooms in, a large cleaver can be seen sticking out of the victim’s back through his jacket. 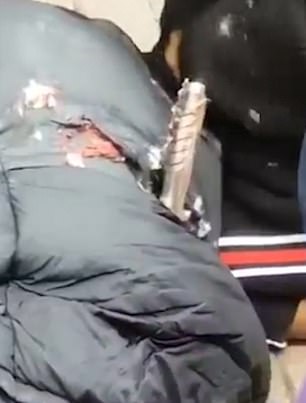 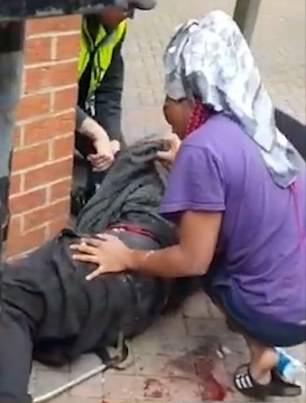 The stunned cameraman is heard saying ‘where is the knife?’ before quickly adding ‘that’s it there, in his back’.

Locals rushed to try and help the man and screamed ‘don’t move, don’t move’ when he tried to roll over.

Three women were caught on tape trying to help the man, who was said to have survived the horrifying stabbing after being rushed to a nearby hospital.

A spokesperson said: ‘Police were called at approximately 11:00hrs on Thursday, 15 November to reports of a man stabbed in Homerton Road, E9. 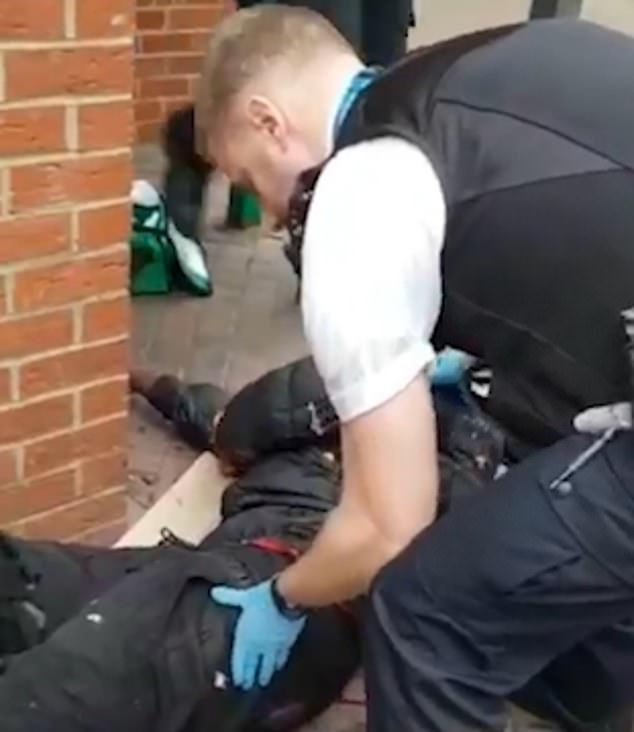 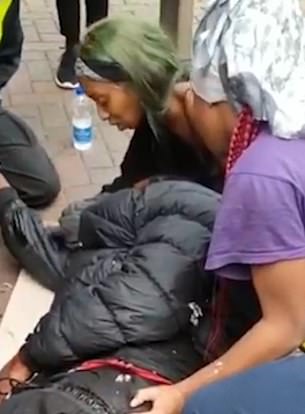 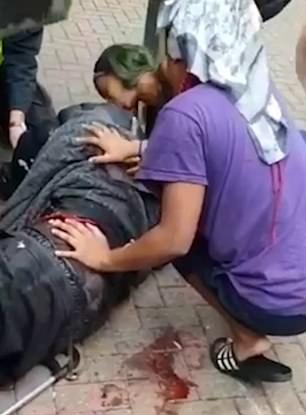 ‘He was taken to an east London hospital where his injuries were assessed as not life threatening.

‘It has been established that the man sustained his injuries in Kingsmead Way before making his way to Homerton Road where he was found.

‘Two men – aged 19 and 23 – have been arrested. Both have been bailed pending further enquiries to a date in mid-December.’

The disturbing footage emerges as police forces battle a year of violence around the country, with the number of murders in London soaring past 120 earlier this month.

On Wednesday it was revealed that the number of children admitted to hospital with stab wounds has risen by more than 80 per cent in the last three years.

In the year up to September this year, 813 people aged 18 and under received treatment for knife attacks in England, NHS figures show.