Imagine what it takes in dollars and cents to operate the U.S. Coast Guard in a year. Now swap out those maritime duties for a mission focused on outer-space warfare.

That, according to number-crunching by a top Washington defence think-tank, should provide a rough budget for the cheapest way for U.S. President Donald Trump to boost American space combat options by 2020, as he promised.

Trump would like to see “Space Force” become the sixth branch of the U.S. Armed Forces, dedicated to ensuring Americans have military capabilities to fight wars way above Earth’s surface.

The Pentagon has not yet released a budget estimate for such an enterprise.

But the Center for Strategic and International Studies (CSIS) projected this week that the five-year cost would amount to an extra $1.5 billion to $2.7 billion on top of the Department of Defense’s current spending.

The price tag depends on whether the government chooses to incorporate a Space Corps division into the Air Force, creates a separate but lean Space Force “lite” or establishes a more expansive Space Force “heavy.”

In all three scenarios, the costs seem feasible to Todd Harrison, director of defense budget analysis at CSIS. 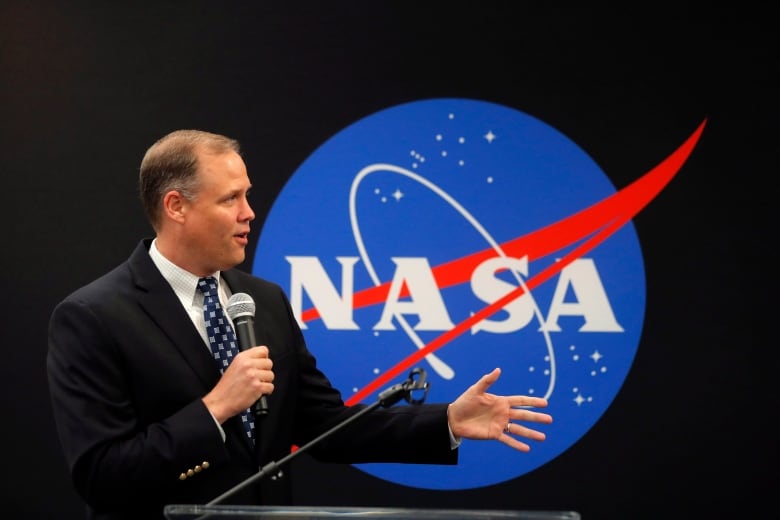 While the personnel size of any standalone Space Force would be comparable to the Coast Guard, its budget would double the maritime service’s, according to the CSIS paper. A Space Corps department — kept within the Air Force in much the way the Marine Corps currently exists within the Navy — would require about 1,700 new staff for a total workforce of 27,300. This additional department would cost $11.3 billion a year in fiscal year 2019.

“If you’re comparing the different Space Corps or Space Force options, the closest military service we have just in terms of size budget is going to be the Coast Guard,” Harrison said during a phone briefing.

Even so, a space combat unit within the Air Force likely won’t cut it for this president. Trump wants an entirely new branch of the Armed Services that Harrison says would have an annual budget of up to $21.5 billion. Of that amount, only an estimated $550 million a year would be new funding, all of which still sounds manageable to Harrison, who publicly backs the Space Force idea.

The additional funding would be as much as “a handful of F-35” fighter jets, Harrison said. (The unit price of an F-35 in fiscal 2020 is about $80 million.) Extra costs involve line items like changing emblems, creating a new flag for the service, designing uniforms and administrative tasks including updating regulations.

A dedicated Space Force building wouldn’t necessarily need to be constructed either, if existing facilities are used instead.

U.S. Vice-President Mike Pence said in August that Trump will call on Congress to allocate $8 billion over five years to create a Space Force.

Harrison doesn’t think cost “should be that big of a factor” in decisions to create the service. “I think a bigger factor is whether or not people think it’s needed, quite frankly.”

“When you start talking about a few billion versus $8 billion, the public doesn’t distinguish between those that much,” said Hill, who runs the D.C. branding firm Hill Impact. “In Washington parlance, a billion is a rounding error. But to most people, a billion is a lot.”

Hill doubts the Trump administration has effectively sold the idea.

“We’ve had a lot of broad statements about the importance of having a consolidated effort, as it pertains to space. But what is NASA’s role? What is the Department of Defense doing today, and not doing today that a Space Force would address?” he asked.

“Is it simply just giving it equal footing to the other services? Is it really just a symbolic gesture to say, ‘This is important, we’ll put it under one umbrella?'”

Hill expects a major challenge will be convincing Americans a Space Force is necessary right now, while reassuring them the government hasn’t neglected to protect them thus far.

“You want to be able to say, ‘We’ve got this, we’re already doing this. But this will make it even better or address a future issue,'” Hill said.

Hill isn’t convinced those questions have been answered. The Trump administration’s rationale is that a Space Force will defend the nation’s satellite systems from foreign adversaries. Skeptics point out that the U.S already has an Air Force Space Command, based in Colorado.

‘Not a crazy idea’

Senior Pentagon officials have bristled at the Space Force idea, too. Former Secretary of the Air Force Deborah Lee James told CNBC in July that in her conversations with Pentagon brass, “none of them are in favour of a Space Force.”

Billionaire tech entrepreneur Elon Musk endorsed the concept, noting that the formation of the Air Force was once “wildly panned as a ridiculous thing” because the Army managed aircraft during the Second World War. Renowned astrophysicist Neil deGrasse Tyson also remarked that a Space Force is “not a crazy idea.”

Trump’s Space Force would cost billions of taxpayer dollars in redundant spending to satisfy an ego. My take on why it’s a dumb idea. <a href=”https://t.co/vIdNMvGMbb”>pic.twitter.com/vIdNMvGMbb</a>

But how much a Space Force might cost to launch, what its full scope might be and who might staff its headquarters has yet to have been decided. The Trump administration is expected to put forward a budget request in February.

By Harrison’s accounting, an expansive “heavy” option for an independent Space Force would cost taxpayers about $21.5 billion a year, and include the transfer of about 18,300 active duty, 2,800 guard and reserve and 24,300 civilian personnel from other military services such as the Air Force, Army and Navy.

More than 96 per cent of that funding would come from existing Department of Defense budgets, he noted.

“We already have space forces. This would just be a reorganization of them,” Harrison said. “It’s much less cool than it sounds at first.”

CSIS’s budget analysis aligns with Deputy Secretary of Defence Patrick Shanahan’s estimate that the costs would be in the “single digit” billions. It also looks like a bargain compared to numbers leaked in September for the Air Force’s $13-billion estimate for the first five years to run a standalone Space Force.

A Trump campaign email from Aug. 9, 2018, from which this screen grab is taken, asked subscribers to vote for their favourite logo for Space Force. (Trump campaign)

One explanation for the disparity is that CSIS’s new budget analysis excludes intelligence operations such as the secretive National Reconnaissance Office, which oversees the country’s most important spy satellites.

Budget data is too classified to offer an accurate accounting for certain services, Harrison said, so he didn’t count them.

Beyond convincing Americans of the necessity of a Space Force, a Democrat-dominated House of Representatives presents a problem for Trump. There will be a natural tendency to “push back” on the administration, Hill said, and lawmakers on both sides of the aisle may resist adding to military spending if it negatively impacts jobs in their home district.

Harrison conceded that the new Congress could blow up the Space Force idea altogether.

“At this point,” he said, “it may be a coin toss whether or not this makes it through.”