Prince Mohammed kicked off a regional tour – his first trip abroad since the killing of critic Jamal Khashoggi – with a visit to the United Arab Emirates.

He spent Sunday afternoon at the Emirates Formula One Grand Prix at Yas Marina Circuit.

There, the 33-year-old was pictured meeting Kadryov and former King Juan Carlos I of Spain as well as speaking with the Dubai’s Crown Prince Sheikh Hamdan bin Mohammed Al Maktoum. 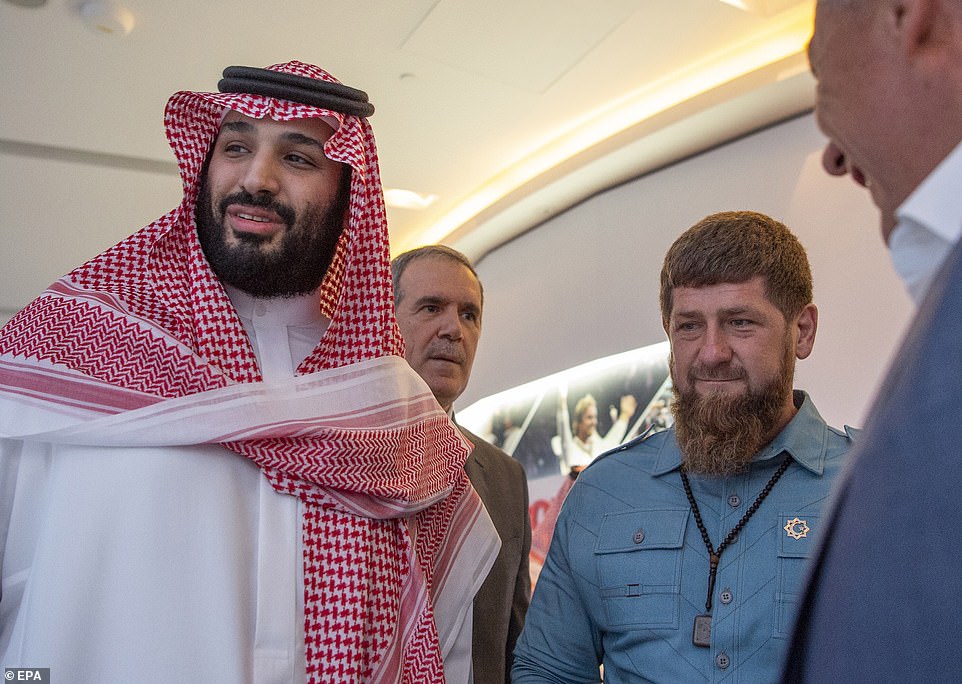 He was also snapped grinning as he posed for photos with boys at the event.

Prince Mohammed is also due to visit other Mideast countries, where he will be warmly received by Arab leaders who have stood firmly by his side amid international outrage over Khashoggi’s horrific slaying.

He was due to visit Bahrain on Sunday on the second leg of a regional tour to hold talks with Bahrain’s King Hamad.

The Saudi crown prince and King Hamad will discuss the ‘deep-rooted fraternal and historic relations binding the two brotherly countries and peoples, in addition to (the) latest regional, Arab and international developments’, a royal court statement from Manama said.

Saudi Arabia has been facing intense global criticism over the killing of insider-turned-critic Khashoggi on October 2. 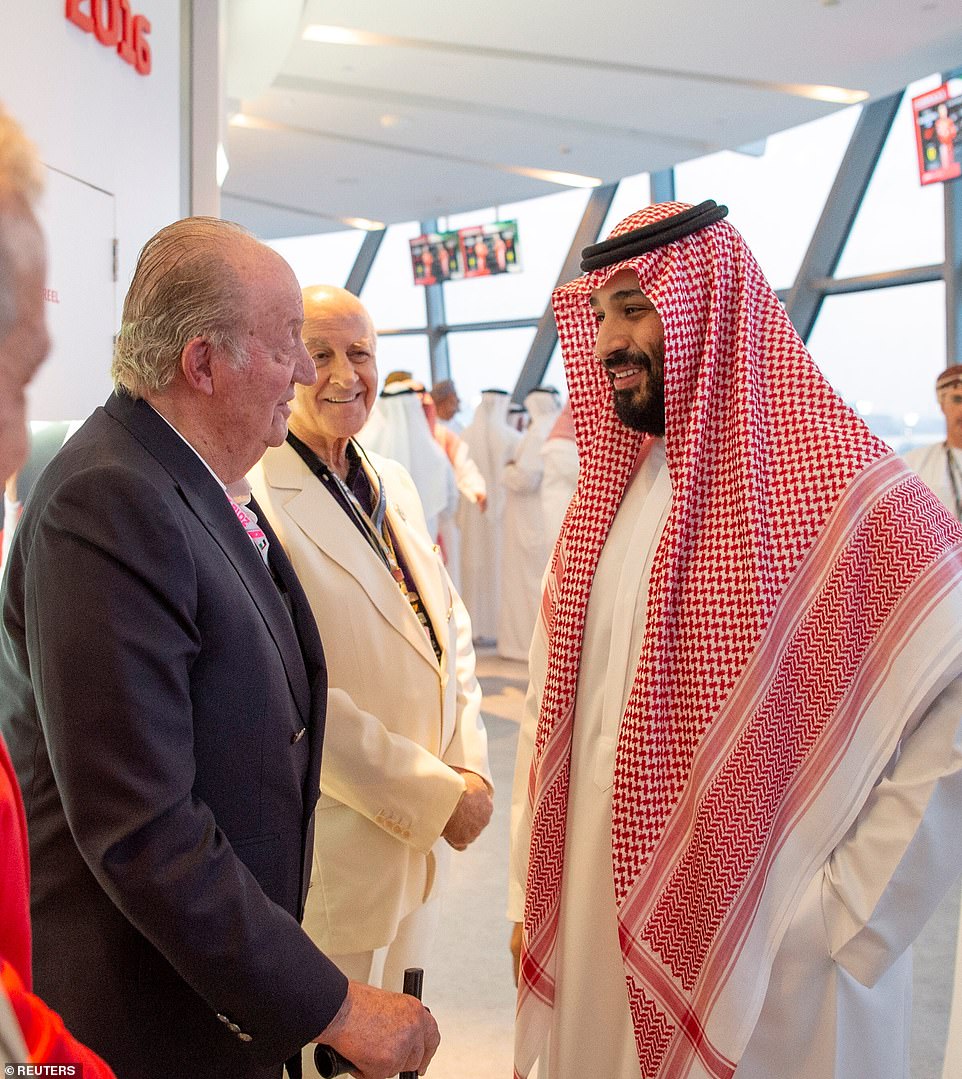 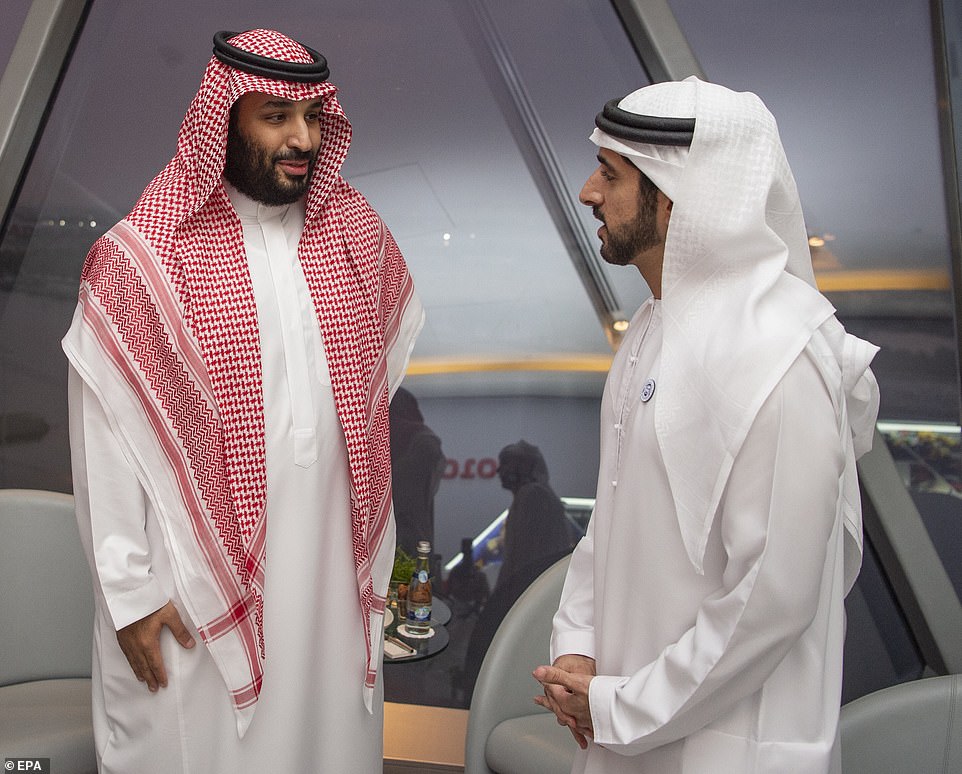 Khashoggi was killed at the Saudi consulate in Istanbul in an operation that Turkish authorities have said was ordered by the highest level of Saudi leadership, prompting the kingdom’s biggest political crisis in a generation.

After offering numerous contradictory explanations, Riyadh said Khashoggi – a Washington Post columnist – was killed and his body dismembered in a ‘rogue’ operation after negotiations to persuade him to return to Saudi Arabia failed.

The kingdom’s public prosecutor is seeking the death penalty for five suspects charged in the murder, but has said Prince Mohammed had no prior knowledge of the operation.

But CIA analysis leaked to the US media pointed the finger at Prince Mohammed.

CIA director Gina Haspel signaled to Turkish officials that the agency had a recording of a call in which the crown prince gave instructions to ‘silence’ the journalist, a Turkish newspaper also reported on Thursday. 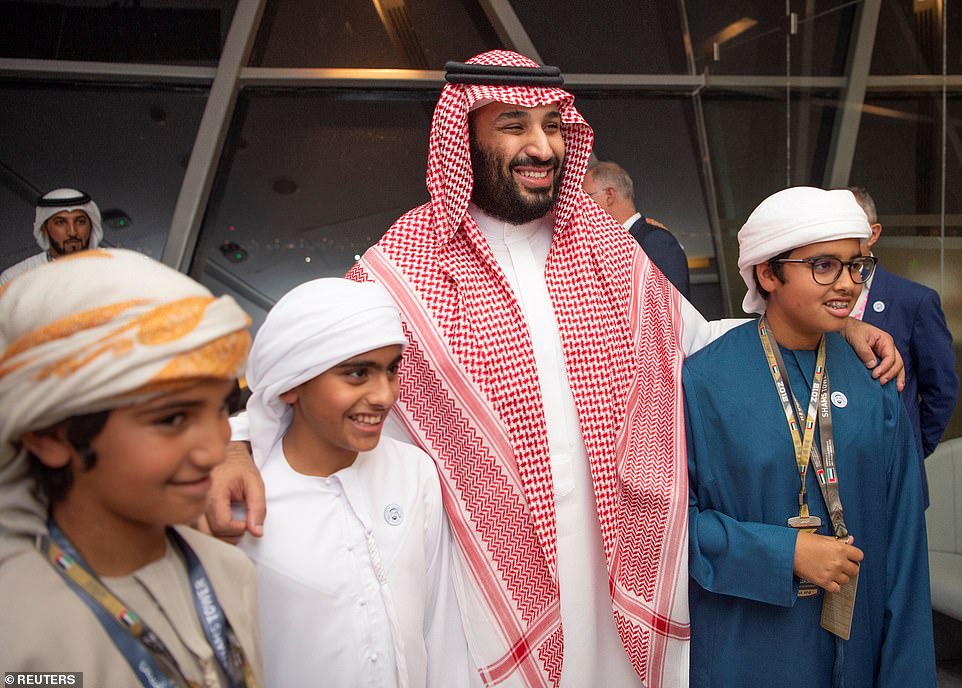 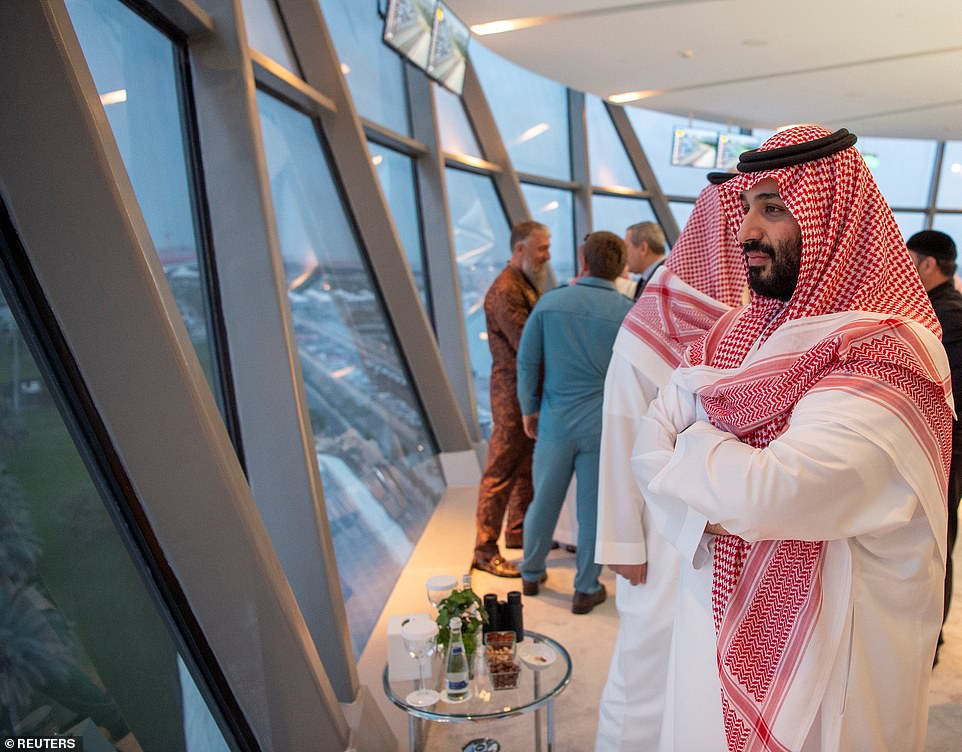 Saudi Arabia has warned criticism of the crown prince is a ‘red line’.

On Wednesday, Saudi Foreign Minister Adel al-Jubeir said that calls for the crown prince to be held accountable for the grisly killing would not be tolerated.

Prince Mohammed began his regional tour at the request of his father, King Salman, according to the Saudi Press Agency, which said he would visit ‘brotherly’ Arab countries.

The tour started Thursday in the United Arab Emirates, a close ally that is part of a Saudi-led coalition battling Iran-aligned Huthi rebels in Yemen.

The prince is set to travel to the Tunisian capital on Tuesday. Prince Mohammed is also expected to attend the G20 summit in Argentina next week. 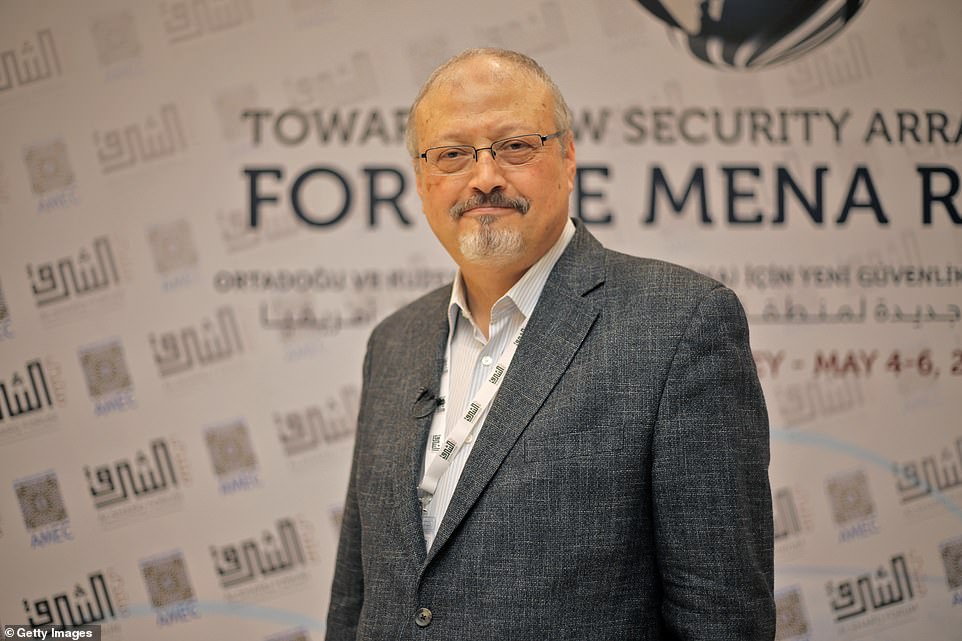 Jamal Khashoggi (pictured) was killed at the Saudi consulate in Istanbul in an operation that Turkish authorities have said was ordered by the highest level of Saudi leadership, prompting the kingdom’s biggest political crisis in a generation