Some people put a photo of their departed loved ones above the living room fireplace. Others spread the deceased’s ashes.

“He wanted to have his tattoos removed and displayed to the whole world,” said the 40-year-old widow. “He would always say, ‘Why get all these hours of tattoos put into me [and] nobody can see them? Why get buried with them?'”

The Wenzels were teenage sweethearts who stayed together for 23 years.

He was lead artist at the couple’s Saskatoon business, Electric Underground Tattoo. She worked behind-the-scenes, taking appointments and serving as his second eye as he bent over his designs. 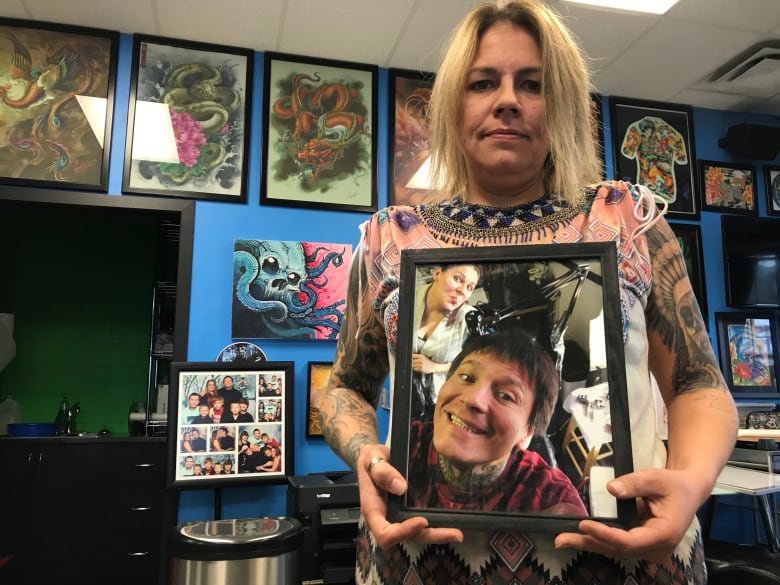 Cheryl Wenzel met her husband Chris when they were teenagers. Together they raised five kids. (Guy Quenneville/CBC)

The partnership came to an end last month when Chris, 41, died of heart failure. That left Cheryl to run the shop solo and handle his complicated post-death request.

“He had some really beautiful work,” she said of the tattoos that stretched from his neck down to his lower legs.

There were the skulls on his hands, a Japanese warrior on his back and two hawks fighting a snake on his chest, to name just three of many. 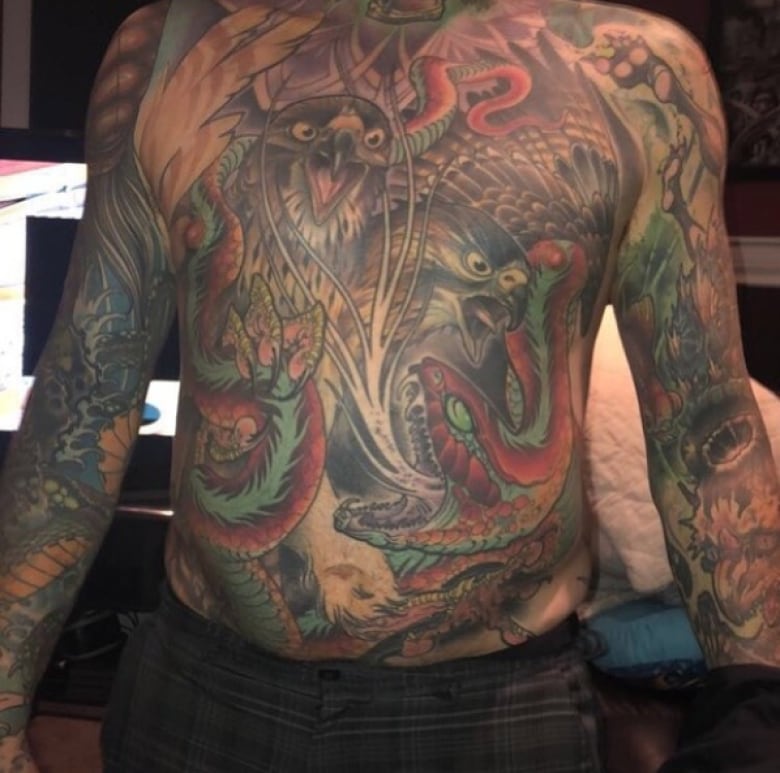 Chris wanted all of them preserved.

Cheryl first had to find a funeral home that would play ball. Five places said no — “I don’t blame them,” she said — before a sixth, Mourning Glory Funeral Services, said it would allow the skin extractions to take place on its turf.

“We’ve never had a request like this,” said funeral director Chelsea Krentz, adding that she knows of no similar procedure ever having happened at a Saskatchewan funeral home.

Cheryl also had to find a company to preserve the pieces of skin and prepare them for later display.

Enter Kyle Sherwood, an embalmer from Save My Ink Forever, based in Cleveland, Ohio.

Sherwood travelled north to Saskatoon to help Mourning Glory with the procedure.

“[Chris] got it done on Halloween night,” said Cheryl. “Of course.

“At one point [the funeral director] came out and said, ‘We have some concerns. His body has gone through so much already. We’re not sure if we can get his back tattoo removed.’ “

But Cheryl was resolute.

It was the largest skin removal job Sherwood’s company had performed since launching in 2016.

Even so, Cheryl was able to have an open-casket wake for Chris.

“They had handled him in such an amazing way,” she said of the funeral home. “My kids were just like, ‘Hey dad!'” 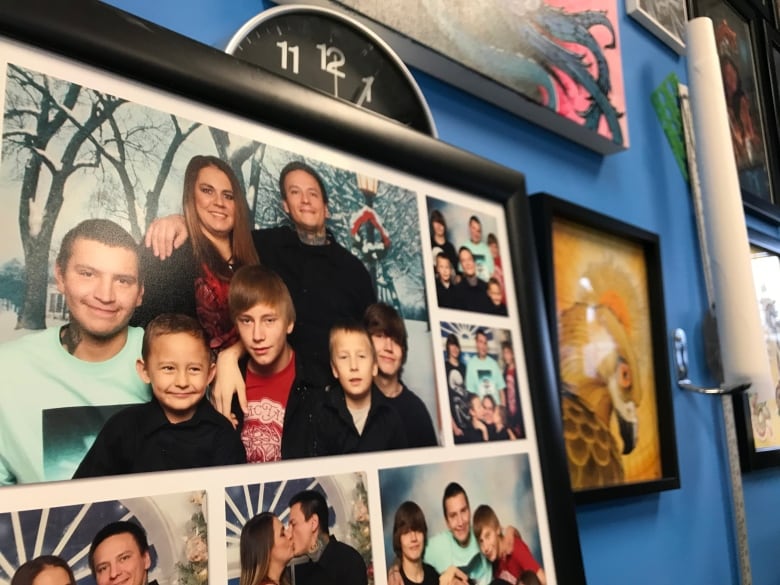 The preservation process will take three-and-a-half months. Chris’s skin will comes out like parchment paper, ready for framing in UV-ray-resistant frames, Sherwood said.

“That’s our secret sauce, if you will,” said Sherwood. “You don’t know what it’s in the Big Mac sauce or the recipe for Coke. So we keep that secret.”

Sherwood said the first skin sample tested before Save My Ink Forever launched is now five-and-a-half to six years old and “looks as good as day one.” 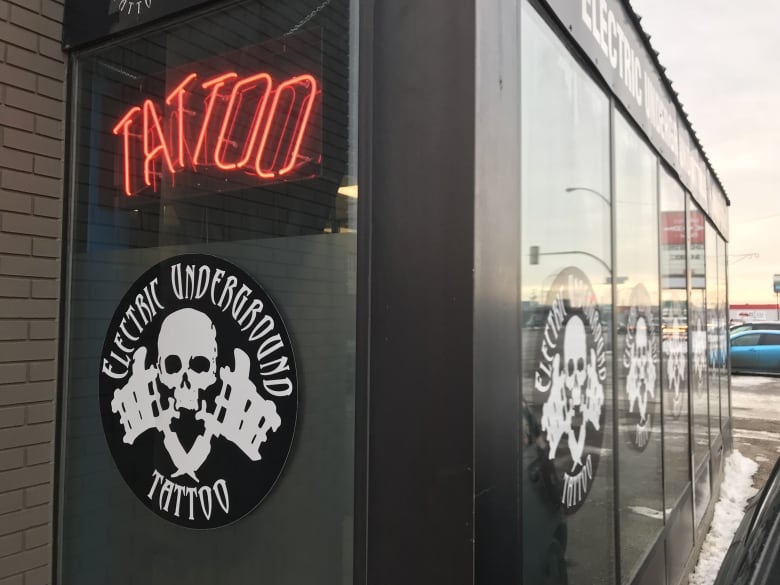 Cheryl said that after unveiling the preserved tattoos at an expo in April, she’ll hang them up at the store. (Guy Quenneville/CBC)

Still, he added, “You wouldn’t leave it out sitting in the sun. You want to treat it like a precious piece of art.”

Cheryl said she wants to unveil the finished pieces at the Saskatoon Tattoo Expo this April, before hanging them up at her tattoo shop.

She estimated the whole process will cost her almost $80,000.

“I love my husband. Anything he wanted, he always got. No matter what.”