‘He was literally just a skeleton’: RSPCA inspector saves Oscar the American bulldog who was just HOURS from death after being starved and abandoned by his cruel owner

A manhunt is underway to find the owner of an American bulldog who was starved to within hours of death and dumped on the side of the road.

The dog weighed half of his expected 45 kilogrammes when he was assessed by a local vet. 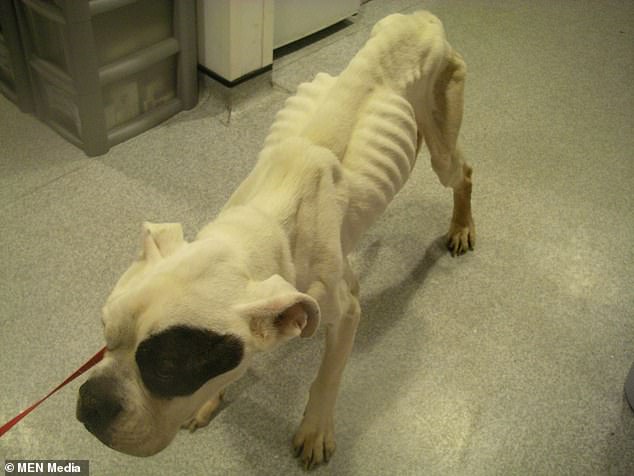 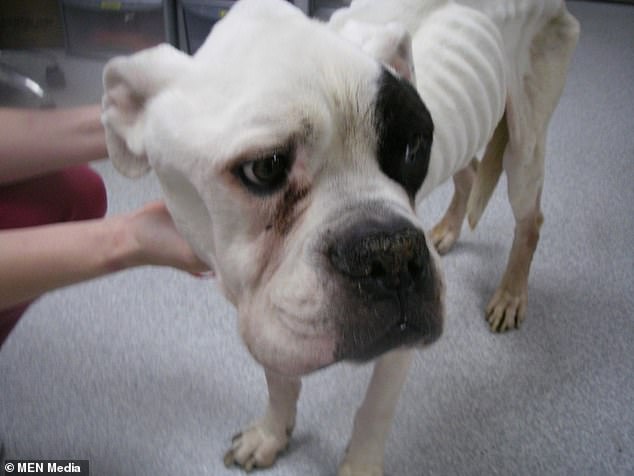 Inspectors believed Oscar, pictured, was just ‘hours from death’ if he had not been found 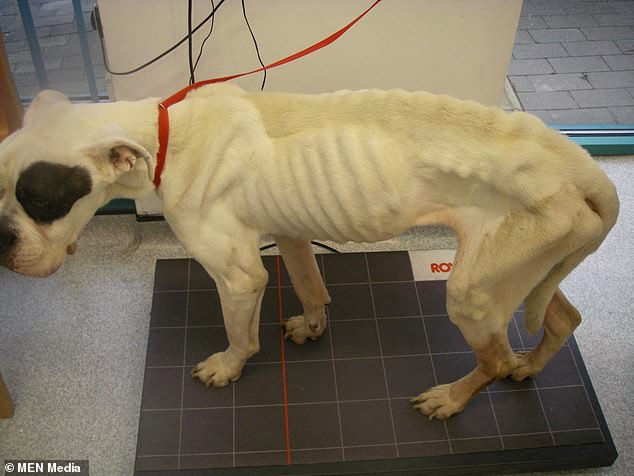 Oscar was initially assessed by the Woodcroft Veterinary Group in Stockport before he was handed over to the RSPCA.

Inspector Nadine Pengilly said the ‘gentle and friendly’ dog is ‘literally a skeleton’.

She said: ‘He’s so emaciated. In my 16 years as an RSPCA inspector, he’s the skinniest dog I have seen that wasn’t dead. He was 12 to 24 hours away from death.

‘He has used up all of his body fat and muscle – the next thing to have been used would have been his organs and that would have killed him.’

Oscar was initially placed on a drip for 24 hours before being fed small amounts of food without making him sick as his stomach may not be able to cope. 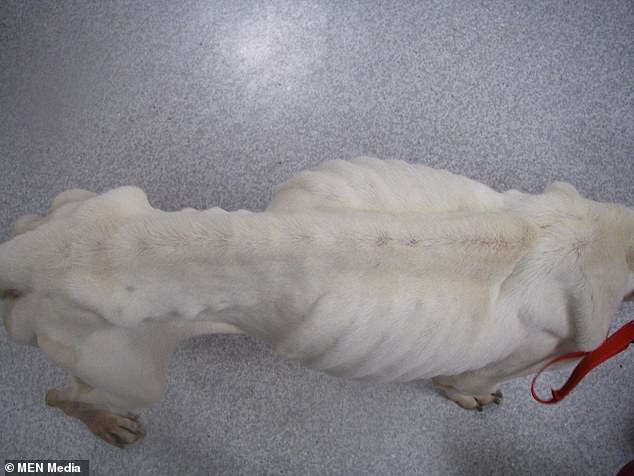 Inspector Pengilly said she was determined to bring the person responsible for neglecting Oscar, pictured, to justice

She continued: ‘He’s so hungry that when you take the plate away he just looks at you so sadly.’

Inspector Pengilly said she was able to trace Oscar’s original owner through his electronic chip, although the individual claimed they had given the dog to an unnamed man he met at a park.

The RSPCA hope Oscar will be rehomed next year once he returns to his normal weight.

However, the investigation into who was responsible for neglecting him continues.

She added: ‘I would love to get them. Someone’s been sat there watching this happen to him.’