Real witches, the author Roald Dahl began one of his numerous best-selling children’s books, ‘dress in ordinary clothes. They live in ordinary houses and they work in ordinary jobs’.

It was a warning to his young readers that, in the adult world, all is not what it seems. Beneath the surface, dark secrets lurk. It was a fair commentary on his own life, too.

Behind the brilliant novels that have caught the imagination of millions of children with their thrills and chills was a complex individual with many difficult and indeed downright rotten characteristics about him. 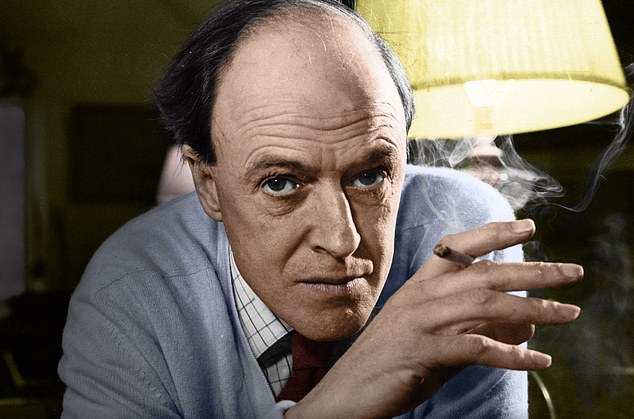 This giant man (a lumbering 6ft 6in) was laid low by personality flaws that are impossible to ignore — his dark side brought to light this week when it was revealed the Royal Mint decided against honouring his achievements by dedicating a British coin to him.

The suggestion of Dahl’s image was made in 2014 but, according to previously undisclosed minutes, rejected by a bank sub-committee because of Dahl’s anti-Semitic views. 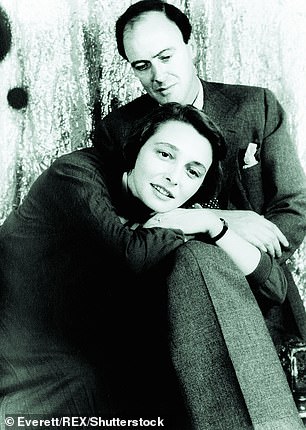 Roald Dahl is pictured with Patricia Neal, who he cheated on

This is not a charge Dahl (who died in 1990 aged 74) or his many fans, the majority of whom will find this unacceptable and almost incredible, could deny.

He was quite open about his prejudice, telling the Independent newspaper in an interview after Israeli forces bombed Beirut: ‘I’m certainly anti-Israel and I’ve become anti-Semitic.’

He was even more inflammatory when he told the New Statesman: ‘There is a trait in the Jewish character that does provoke animosity. There’s always a reason why anti-anything crops up. Even a stinker like Hitler didn’t just pick on them [the Jews] for no reason.’

His views caused consternation among his loyal but hurt readers, notably in the United States. Two girls, named Aliza and Tamar, wrote to him from San Francisco: ‘Dear Mr Dahl, We love your books but we have a problem — we are Jews! You don’t like us because we are Jews. That offends us. Can you please change your mind about what you said?’

There is, sadly, no evidence that he did.

Nor is racism the only murky stain on his reputation. He was an exploiter of women, a philanderer and a bully, with a penchant for cruelty that comes through in his books. His pal Noel Coward got it right when he thought them ‘brilliant and the imagination fabulous’. But ‘unfortunately there is in all of them an underlying streak of cruelty and macabre unpleasantness’.

Precisely the same could be said of the man. His first wife, Hollywood actress Patricia Neal, described him as rude and arrogant and belittling towards her throughout their marriage.

She dubbed him ‘Roald the Rotten’. His daughter Tessa found him selfish and controlling, declaring: ‘Daddy gave joy to millions of children, but I was dying inside.’

His own childhood was no bed of roses. Born in 1916, he was three when his father died. At nine, he was sent to boarding school and hated every moment. He left at 17 and went adventuring in Africa.

When World War II broke out, he joined the RAF and crashed in the Libyan desert, sustaining ‘a monumental bash on the head,’ as he put it, that would cause him pain for the rest of his life and perhaps explain some of his crabby nature.

He turned the experience into his first foray into writing — a short story of heroism he called ‘Shot Down Over Libya’ (though, according to one critic, it would have been more accurately titled ‘Veered off course over desert before disastrous emergency landing’). 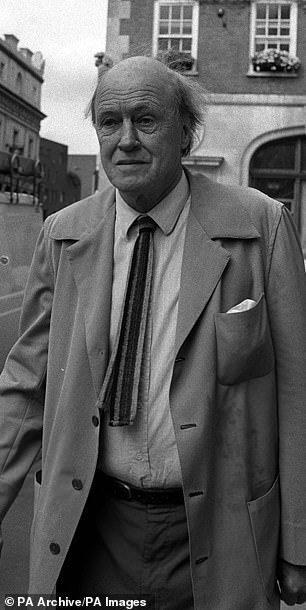 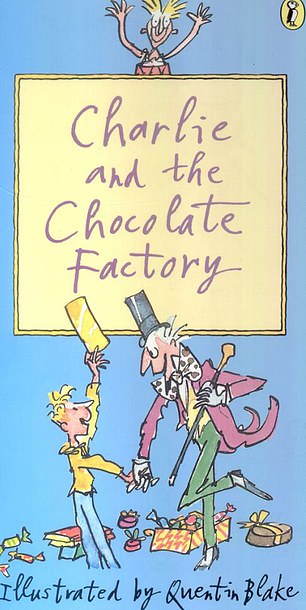 By this time, Dahl was in the United States as air attache (and part-time spy) in the British embassy. Whether it was the blow to the head or the heady atmosphere of America, he turned from a shy boy when it came to girls into an unstoppable lothario.

Women — especially older ones — found him irresistible. He bedded actresses such as Ginger Rogers, was pounced on by the politician and heiress Clare Boothe Luce for a marathon sex session and seemed set on finding a rich woman to be his meal ticket. According to one acquaintance, ‘he slept with everybody on the east and west coasts worth more than $50,000 a year’.

He hit the jackpot with the stunning, Oscar-winning Neal (who married him on the rebound from Clark Gable), but he treated her abominably. He cheated on her, even with her closest friends, trying to lure heiress Gloria Vanderbilt into the marital bed with him while his wife was away.

The marriage hit hard times. Their baby son was badly injured when a taxi hit his pram, their eldest daughter died from measles, aged seven, and Neal suffered a catastrophic stroke which put her in a coma for three weeks. It left her disabled and with her face distorted, but she once overheard him tell the children with a sneer: ‘Mummy could do things if she only wanted to.’

He also embarked on a steamy affair with her friend, Felicity Crossland, and eventually divorced Neal to marry her.

Meanwhile, his literary career had taken off. He was already moderately successful, turning out pieces for the titillation of Playboy readers that a critic described as ‘viciously pornographic and misogynistic’ and mystery stories such as Tales Of The Unexpected, which became a low-budget British TV series.

But it was his children’s stories, with their dark humour, fantasy world and unforgettable characters that catapulted him, at the age of 40, into the big time — Charlie And The Chocolate Factory, James And The Giant Peach, The Twits and so on. Pick your favourite from the 20 he wrote.

With an uncanny knack for seeing the world from a child’s point of view, he churned them out from the hut in the garden of his home in Buckinghamshire and they made him one of the world’s best-known authors, with sales that would easily top 200 million.

But success, fame and money did not make him any nicer.

The bullying was not confined to his family. He was so nasty that one of his American publishers dumped him because ‘you have behaved to us in a way that is unmatched in my experience for overbearingness and utter lack of civility’.

The publisher in question, Robert Gottlieb, was Jewish, which may have fuelled Dahl’s temper. Because he did not hold back on his anti-Semitic sentiments.

In the Seventies, he was reported as having been thrown out of a country club for screaming about the number of Jews dining in his presence. He expressed his disgust at Zionism and Israel and claimed that the atrocities of the Israeli army in Lebanon were not being reported in the Press because the owners of newspapers were Jewish.

He questioned why the Jews in Nazi death camps didn’t fight back, as if they were responsible for their own murders. ‘If I were in a line moving towards what we knew to be gas chambers, I’d rather have a go at taking one of the guards with me. But they were always so submissive.’

In an article for the Literary Review he castigated ‘those powerful American Jewish bankers’ who ‘utterly dominate the great financial institutions’.

Many people remained unaware of Dahl’s views. The Jewish director Steven Spielberg told journalists he had no idea when he shot The BFG as a film. Even when he found out, he tried to shrug it off. The man who directed Schindler’s List suggested in mitigation: ‘Dahl liked to say things he didn’t mean just to get a reaction. All his comments about bankers, all the old-fashioned, mid-1930s stereotypes we hear from Germany — he would say for effect, even if they were horrible things’.

Others would defend Dahl on the grounds that the views he expressed were not untypical of his generation. But though this may be an explanation, it does not wash as an excuse. Yet none of this is reason for a witch-hunt.

Dahl remains one of the greatest children’s storytellers of the 20th century. In 2003, four of his books were in the top 100 in The Big Read, a BBC survey to determine the ‘nation’s best-loved novel’.

So when the Royal Mint dismisses him as ‘not regarded as an author of the highest reputation’, they are, in terms of literature, wrong. The impact Dahl made, not least in encouraging increasingly book-shy generations to read, cannot be underestimated.

Writer and critic Alex Carnevale considers Dahl ‘a hateful little f***’, but still remembers reading Danny, The Champion Of The World by torchlight under his bed covers and ‘feeling the first true wonder of a story whose outcome I could not possibly anticipate’.

He goes on: ‘Dahl’s books teach us that the world is a horrible, bigoted place, full of those who wish us ill. It is precisely because he attempted themes that other children’s authors never even touched that his fantasies stand out so much in a crowded room.’

It is also worth considering that the author the Royal Mint preferred for its coin rather than Dahl was one William Shakespeare — whose caricature of a Jew, Shylock, in The Merchant Of Venice, fed anti-Semitism for centuries.