Rise of the City: How London’s Square Mile will look in 2026 with new skyscrapers the Scalpel, Can of Ham and Undershaft compared to 20 years before

It is one of Europe’s most famous skylines, but the City of London is constantly changing appearance thanks to the regular flow of new skyscrapers being built within the congested Square Mile.

And these fascinating mocked-up pictures show just how different the area could look in less than a decade, thanks to the construction of the Scalpel (52 Lime Street), Can of Ham (70 St Mary Axe) and 1 Undershaft.

Back in 2006, only the Gherkin (30 St Mary Axe) and NatWest Tower (Tower 42) stood out – but the Walkie Talkie (20 Fenchurch Street), Cheesegrater (Leadenhall) and Heron Tower (100 Bishopgate) have been built since.

The pictures of the City Cluster area in the eastern corner of the Square Mile, which is home to some of the capital’s most iconic skyscrapers, have been released by the City of London Corporation.

It comes as the Corporation continues a consulation of policies to redefine the area, including a large ‘zero emission zone’, a 15mph speed limit and deliveries reduced by 30 per cent through centres outside of the City.

Chris Hayward, chairman of the Corporation’s planning and transportation committee, said: ‘These images remind us that the City’s skyscrapers are some of the most recognisable structures in the UK.

‘But great cities are not made from great buildings alone. The ambitious policy proposals outlined in the transport strategy and local plan aim to resolve challenges at street level, and in the river, air and open spaces.’ 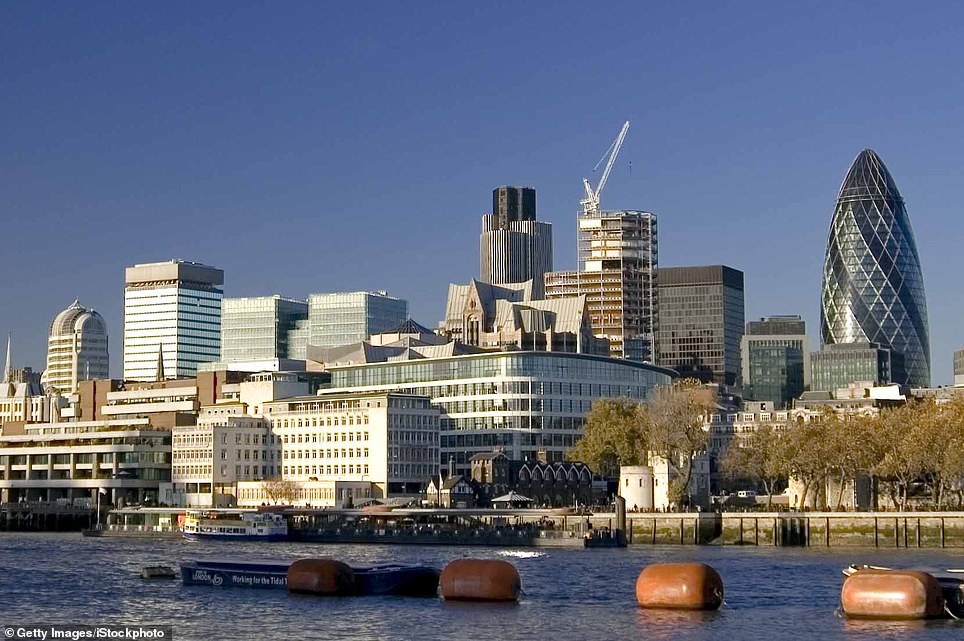 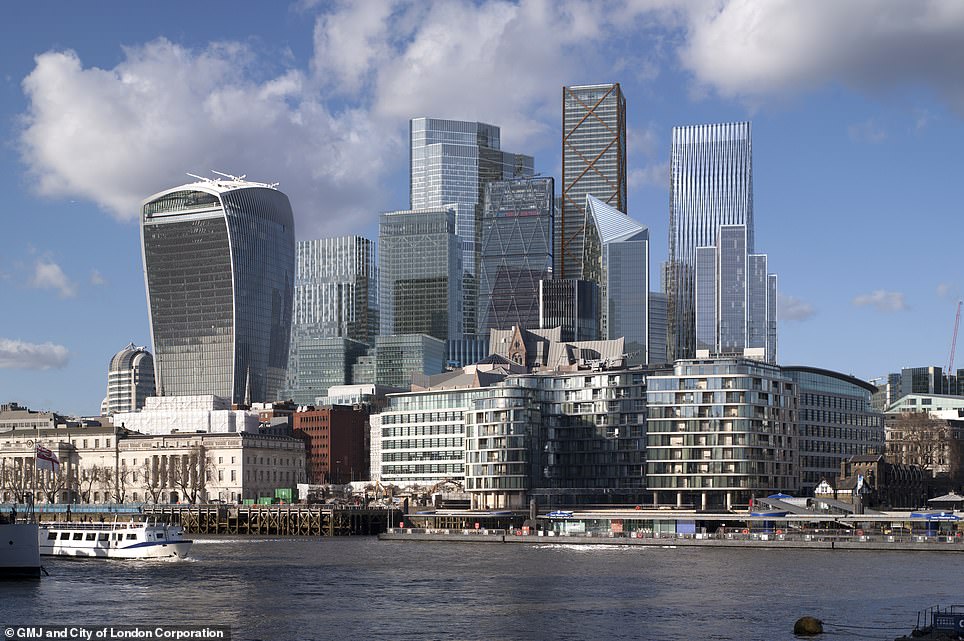 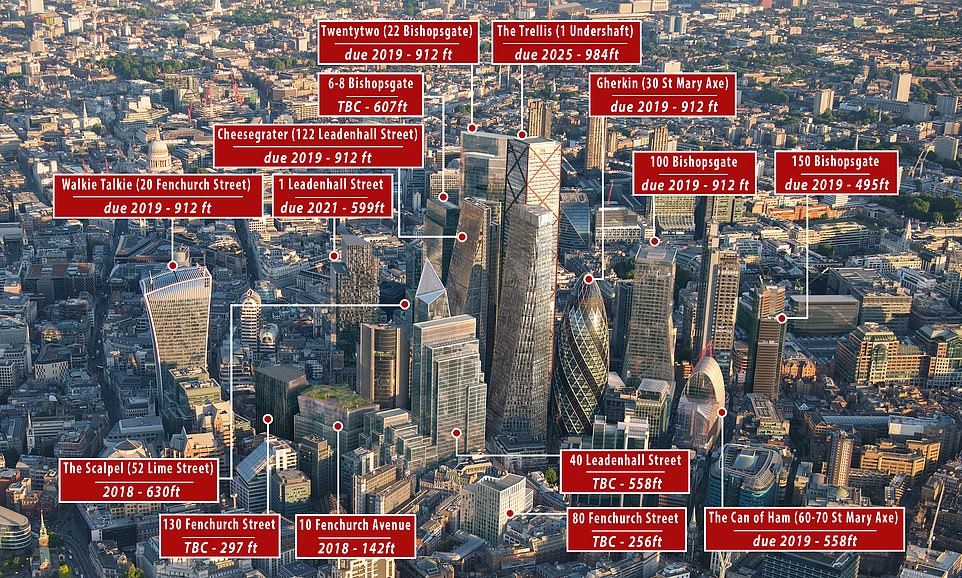 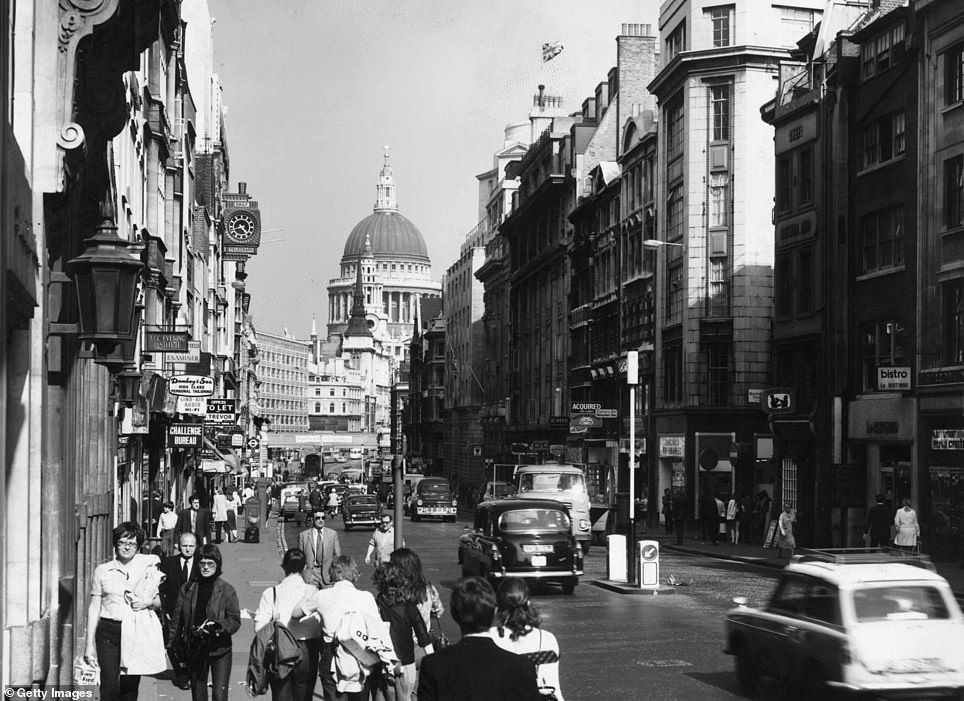 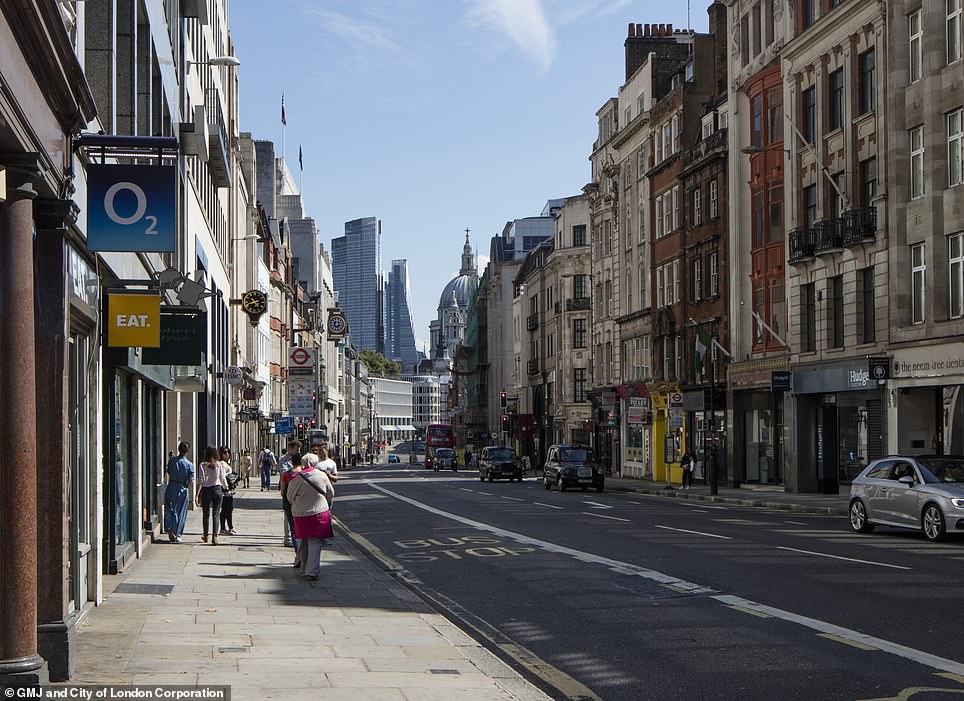 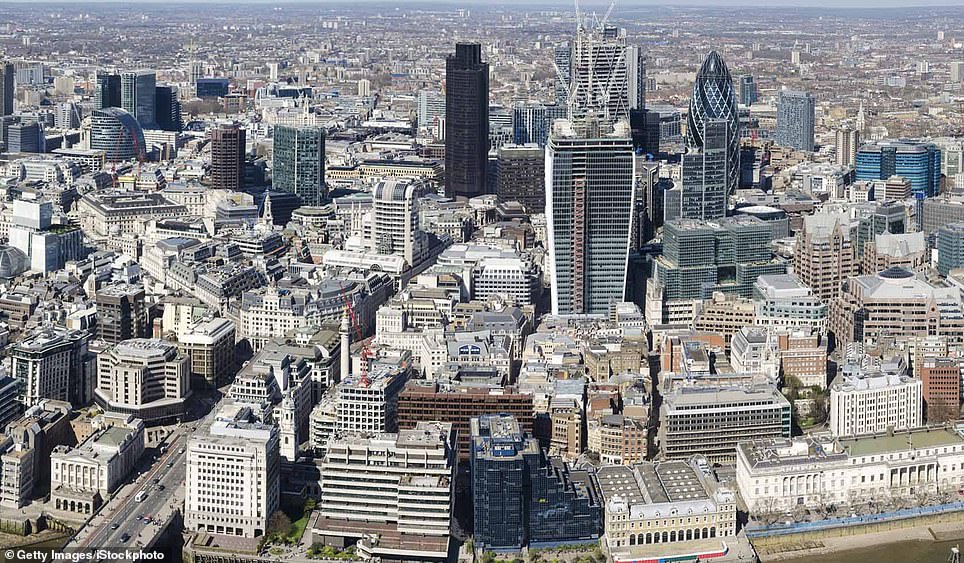 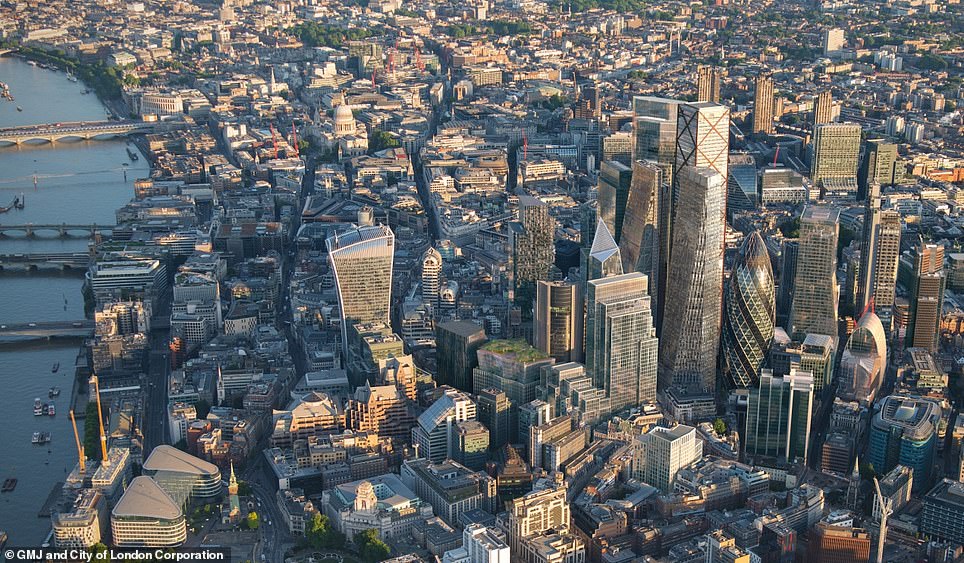 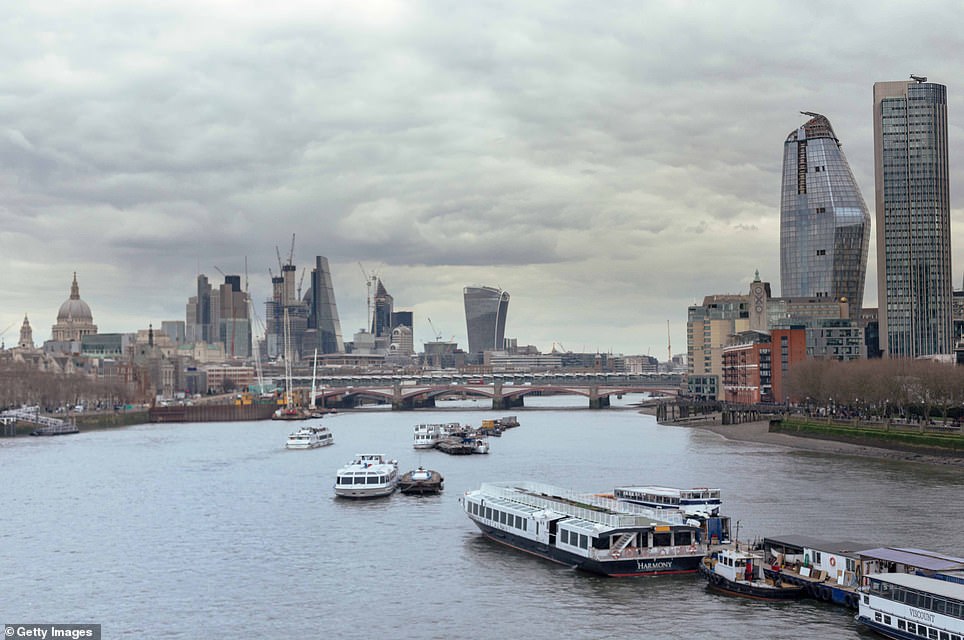 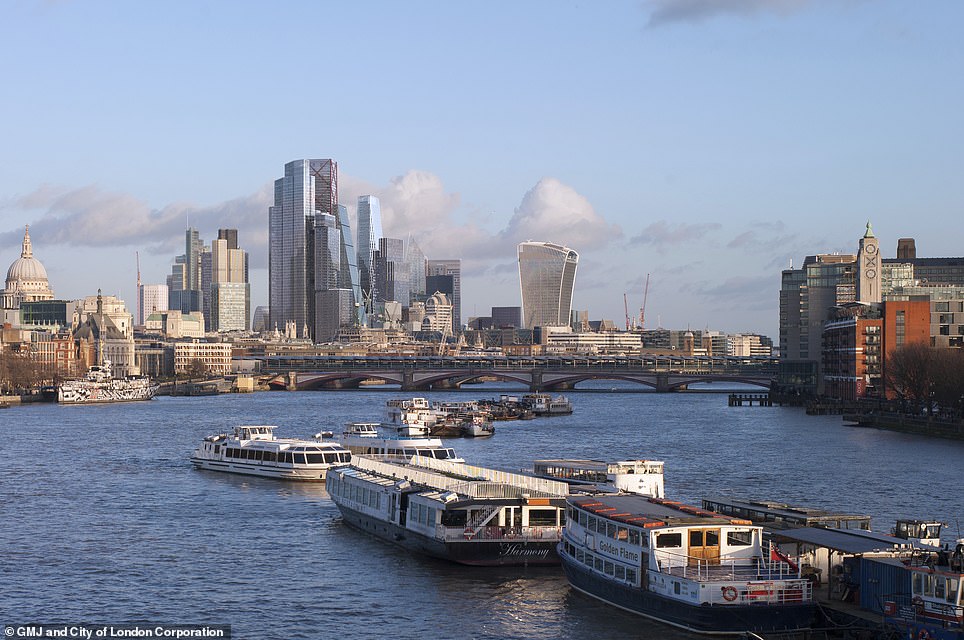 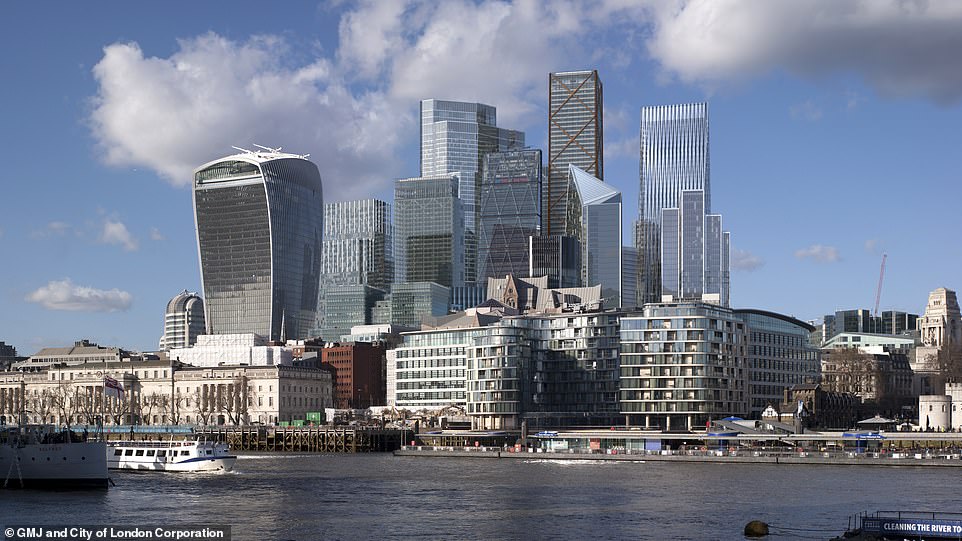 A mocked-up picture of how the City of London could look in 2026, from City Hall looking north across the River Thames 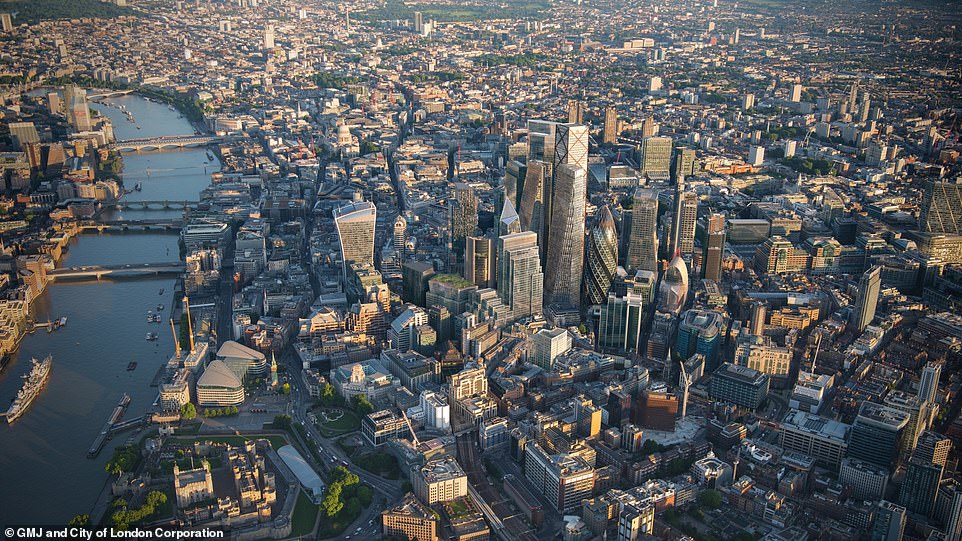 The City of London could look remarkable different in seven years from now. Here is a possible 2026 aerial view looking west 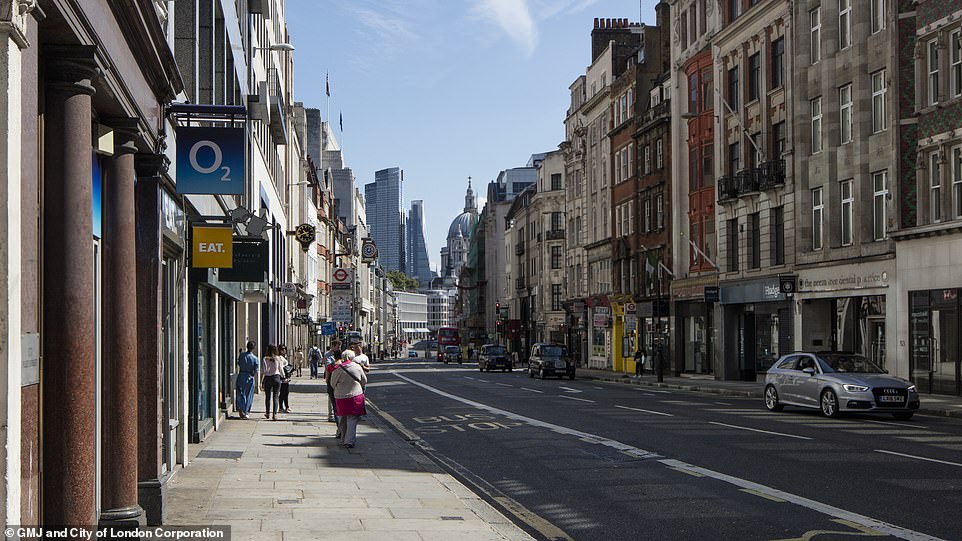 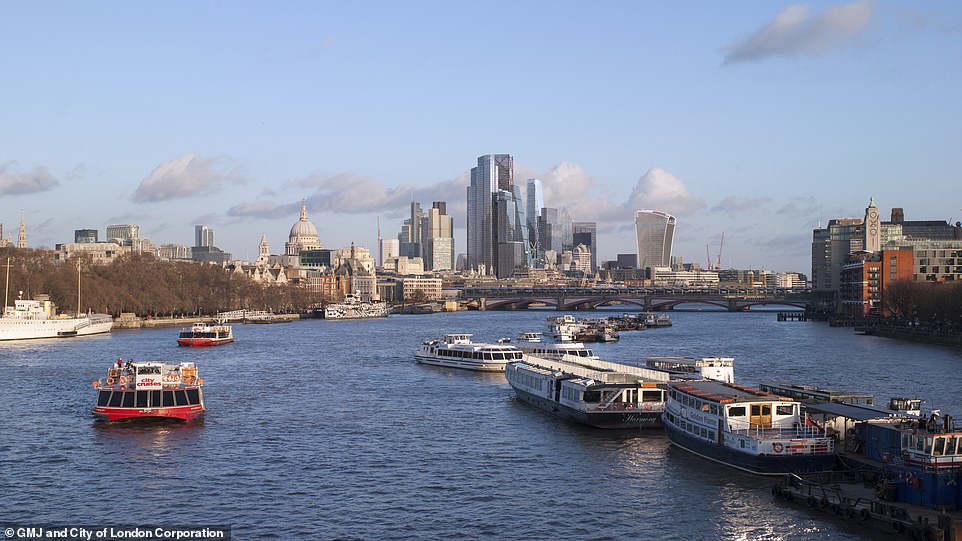 The City of London will be even more striking in 2026 when seen from Waterloo Bridge, looking east in this mocked-up view 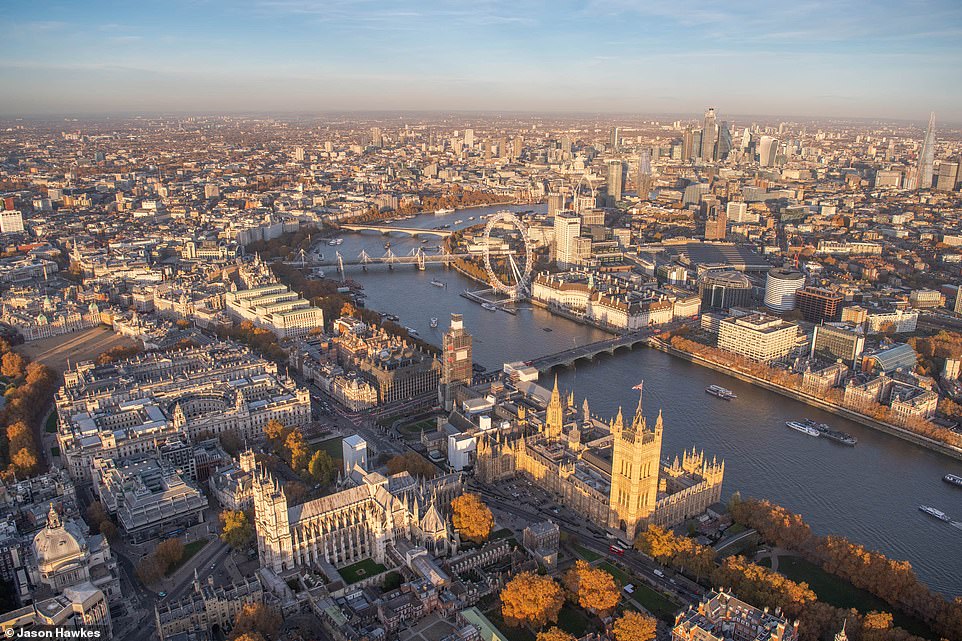 An aerial view shows the City in the distance (top right), with Westminster in the foreground and the London Eye in the centre 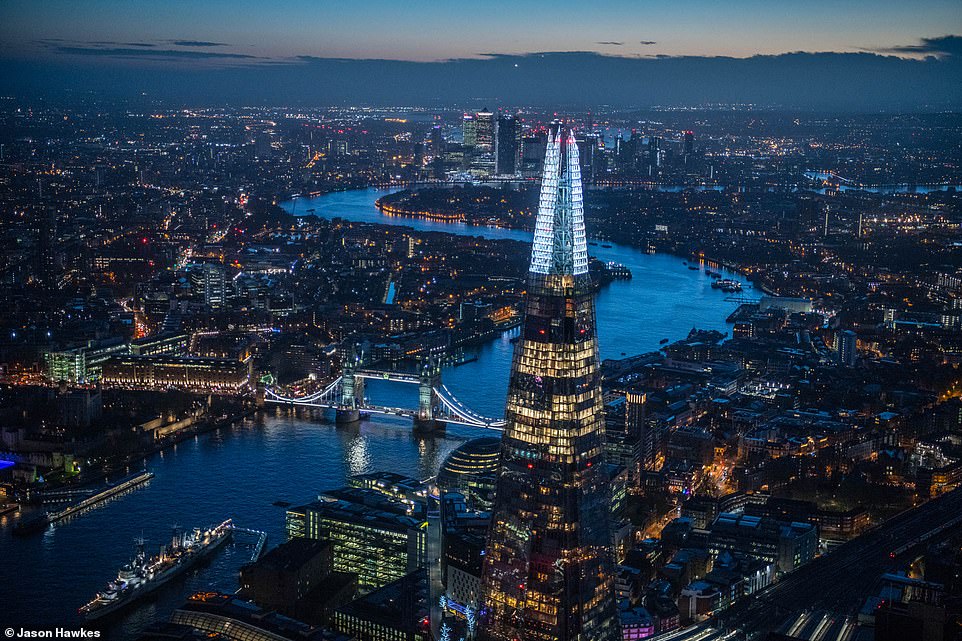 The Shard stands at 1,016ft (309m), and is pictured at night with Canary Wharf to the left of its peak and Tower Bridge, centre 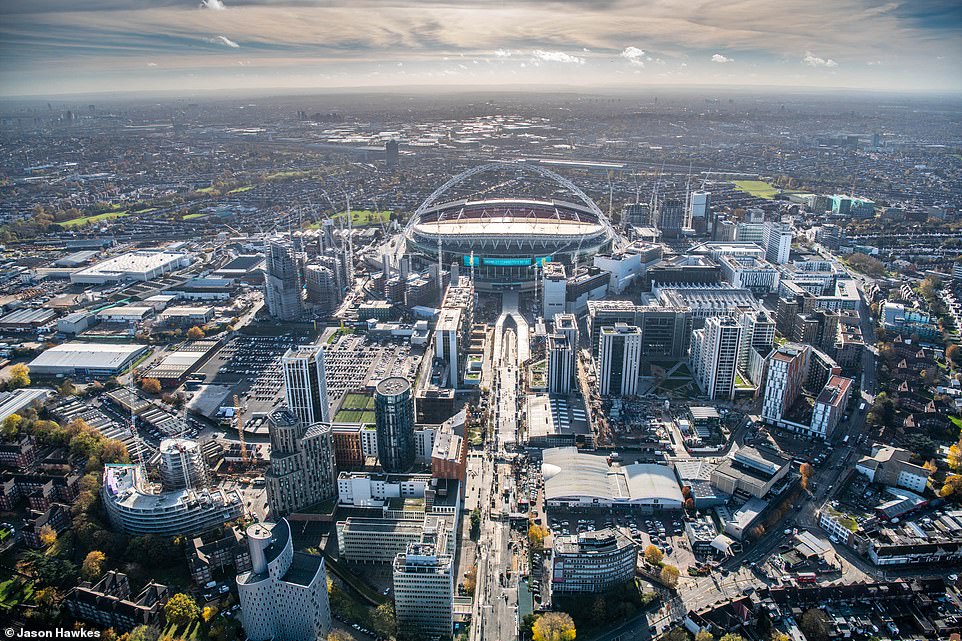 Wembley Stadium in North West London is pictured, with Central London towards the far top left of the photograph

The transport strategy consultation closes on January 13 while one for the local plan runs until February 28.