A wealthy businessman has used a gagging order to deny having a wife and son.

Dubai-based executive Farhaj Sarwar took out a High Court order in London to try to deny he was married or the father of his six-year-old child.

His wife Lili Negabahni, a single mother, was silenced from telling her story for 18 months – with Mr Sarwar denying he is either her husband or son’s father. 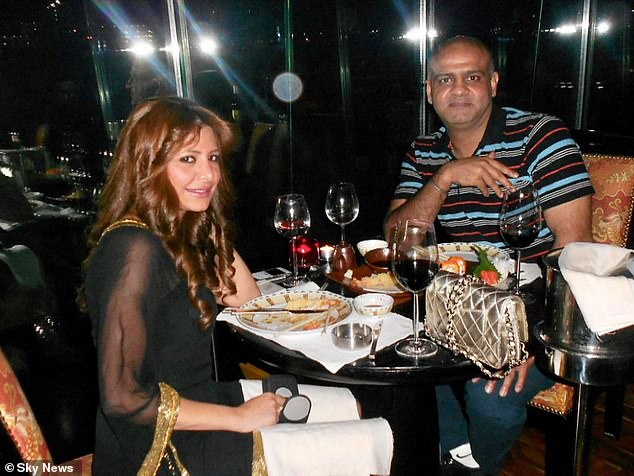 Ms Negabahni lived a luxurious life with Mr Sarwar in the United Arab Emirates until she became pregnant – and then fled to Britain before giving birth alone.

Speaking out now the order has been overturned, she told Sky News: ‘My plan was I’ll go to the court and if the justice system can’t bring me justice, I’ll come out and destroy myself to prove I was right and I was suffering and nobody could hear me.’

Ms Negabahni added that her waters broke on the way to hospital on a bus – but she was ‘so shy and embarrassed’ that she got off and walked instead. 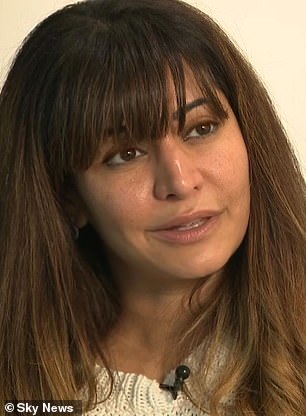 The single mother, who lives in London, recorded meetings she had with Mr Sarwar as she attempted to persuade him to help her out with his son.

But in one recording, he threatened to remove the boy from her, saying: ‘If he takes my name I swear to God no matter what I will take him from you.’

Solicitor Mark Lewis, who helped get the order overturned, told Sky News: ‘If a person is getting a gagging injunction they have to say we will pay for your legal representation to fight us.

‘So the courts are actually looking at the truth of the position between two equal parties, rather than one party with loads of money and one party with no money.’

Rory Lynch, a solicitor for legal firm Seddons who acted for Ms Negabahni in case, told MailOnline: ‘Seddons successfully helped the discarded wife remove the gagging order her rich husband had imposed upon her.

‘This continues a recent trend where the courts are preventing wealthy individuals from tactically using gagging and anonymity orders to conceal the existence of marriages and children.’

Mr Sarwar – who until recently was chief executive of NRS International, a firm making and selling humanitarian aid equipment – has so far declined to comment.