A ‘sweet and caring’ teenager was stabbed to death with a machete following a row outside a chicken shop, witnesses have claimed.

The 15-year-old, named locally as Jai Sewell, stumbled into the takeaway and collapsed after he was knifed shortly after 5pm in Bellingham, south London.

Paramedics fought to save him but he died in hospital about three hours later, police have confirmed.

Friends and family said today that Jai – who lived with his grandmother 100 yards away – had gone out to buy dinner when he was attacked.

He is believed to be the 20th teenager murdered in the capital this year, and the 119th person killed.

Metropolitan Police Commissioner Cressida Dick said today that forces must prioritise violent crimes, following a debate about the best use of resources in recent days. 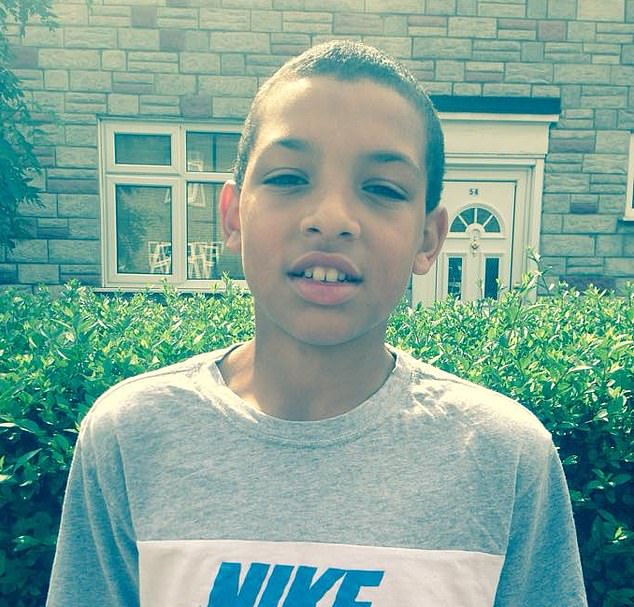 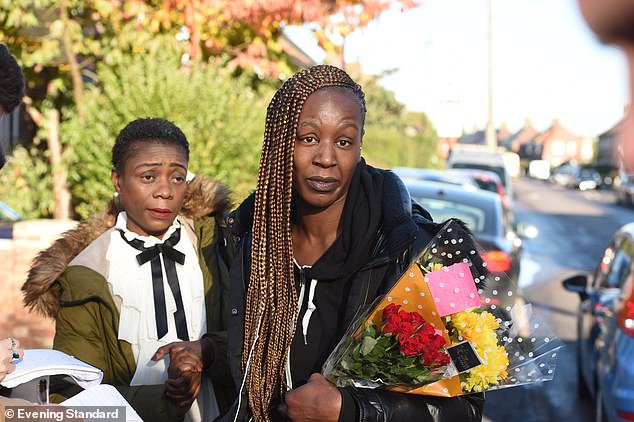 Describing what happened, witness Thomas Coffie, 23, said: ‘I was just on my way home from work and I stopped to get something to eat from the chicken shop.

‘I heard a bang behind me and turned around and saw him run into the shop. I knew he had been stabbed because of all the blood on his jacket. The boy said to me; ‘man is going to die’.

‘He fell on the floor, I couldn’t stop him falling – I tried to put some pressure on the wounds just to keep him alive until the ambulance arrived.

‘I was just holding him, I couldn’t see because of all the blood.

‘Staff grabbed paper tissues and tried to mop up the blood from his body, but there was just too much.

‘He had been cut in his stomach and his chest. I didn’t know what to do, I couldn’t stay there – I do not feel safe here anymore.’

Jai’s aunt Rochelle said that the youngster – who wanted to become a cartoonist – lived with his grandmother and was not involved with gangs.

She told the Evening Standard: ‘He said he was going out to get some food and he never came back.’ 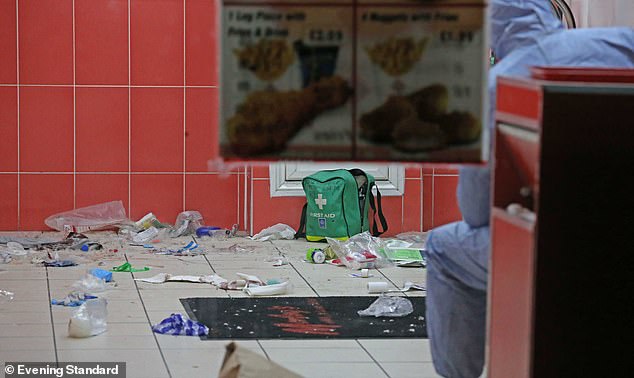 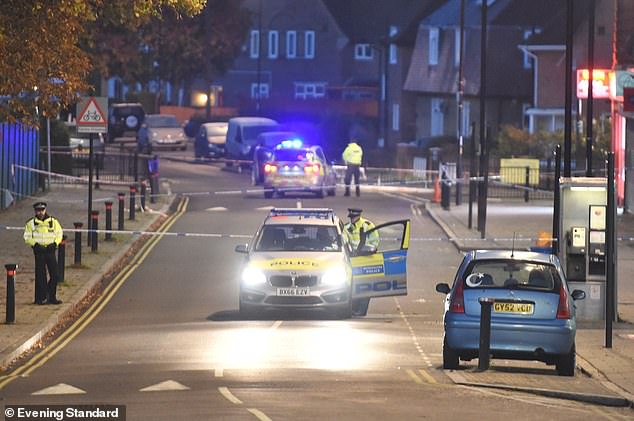 Tayla Ann Warwick said she grew up with Jai, who lived on the same road as her grandmother, and said he used to ‘love roller skating’ and regularly rode his bike around the area.

The 19-year-old said: ‘It’s so shocking, I spoke to him the other day.

‘He was the kindest person, he was so loving and thoughtful, he was well known with everyone.’

A woman who lives in the same area as Jai, but asked not to be named, said: ‘I don’t know if he was involved in a gang but I live here and I never thought Bellingham was coming to this.

‘It’s getting rougher around here.

‘I’m just upset because the first thing I thought was that it was my son, I was on my way to the Morley’s to get food for my kids, I thought it was my son but it wasn’t.’ 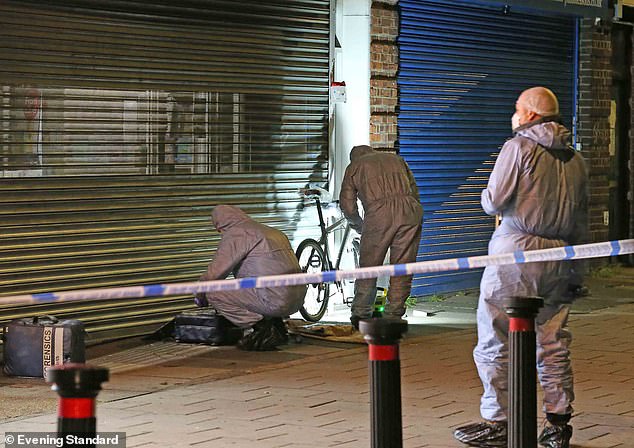 Deanne Wright, 36, lives in the area and often saw Jai with his grandmother.

She said: ‘He was very close with his nan – she raised him. I often saw him out and about or on the bus, he was a sweet and caring boy.’

His next-of-kin have been made aware of his death as the Met Police’s murder detectives begin investigating.

This morning, police forensics experts were working at the scene .

Medical equipment used by the paramedics as they battled to save the boy’s life could be seen scattered across the floor of Morely’s chicken shop. 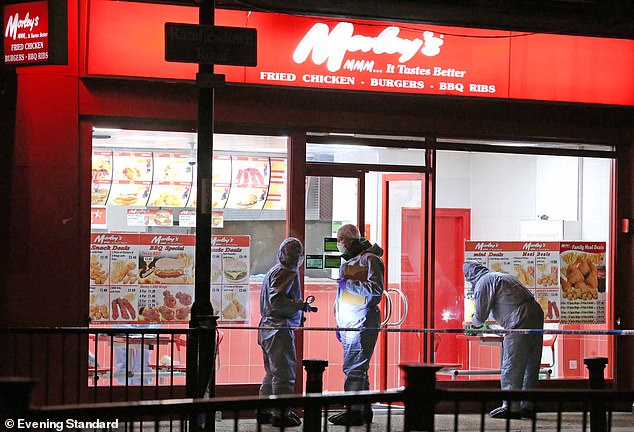 The boy was rushed to hospital at around 5.30pm but was later declared dead at 8.15pm 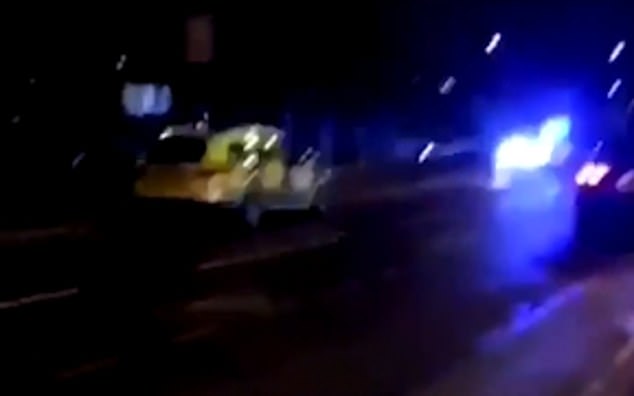 One resident tweeted: ‘It’s getting ridiculous! The world we live in now is a joke! I’m a father of 2 boys and their teenage years are gonna be effected by events like these cuz I’m gonna be on them 24/7! RIP young lad’

Another added: ‘Another family planning a funeral instead of the future of their son! This year really has become murder London! Knives cont to destroy lives!’

A Metropolitan Police spokesperson said: ‘At this early stage officers are working to establish the circumstances. No arrests have yet been made and a crime scene remains in place.’

The killing came amid a debate over the best use of police resources. 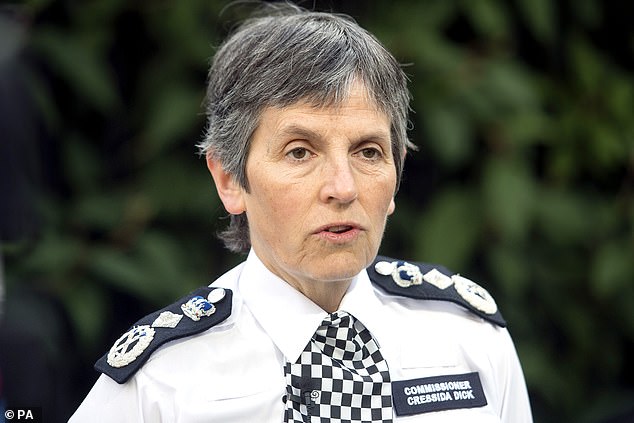 She indicated that other offences, including online fraud, were lower priorities for her officers.

Ms Dick backed National Police Chiefs’ Council chairwoman Sara Thornton, who warned that forces could not take on all ‘desirable and deserving’ issues, such as logging misogyny reports even when no offence has been committed.

There have been calls for misogyny to be treated as a hate crime and the Government has commissioned a review to examine whether laws should be extended to cover offences motivated by hostility towards a victim’s sex or age.

Ms Dick said: ‘My officers are very busy, they are very stretched. We have young people in London subject to stabbings and other serious violence, getting involved in drug gangs and things, lots of priorities.

‘We can’t go on increasing the scale of the mission through enforcing new laws unless we are given more resources or the public are prepared for us to just do some things not as well.’