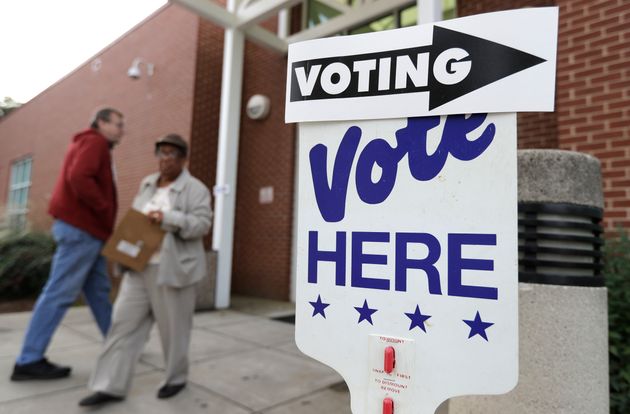 
A voter arrives as a poll worker walks past during early voting in Charlotte, North Carolina, on Oct. 23, 2018.

Election officials in North Carolina are delaying certifying the results of a congressional race as they probe election irregularities that appear to have to do with absentee ballots.

The North Carolina State Board of Elections and Ethics Enforcement is investigating suspicious incidents in the state’s 9th Congressional District, where Republican Mark Harris defeated Democrat Dan McCready by 905 votes, according to multiplereports. Patrick Gannon, a board spokesman, did not respond to a request for comment.

State investigators are focused on rural Bladen and Robeson counties, both near the state’s border with South Carolina, The Washington Post reported. The investigators are seeking statements from individuals who say people came to their doors and collected their absentee ballots, and are also examining why there was an unusually high number of absentee ballots that were requested but never turned in, according to the Post. State law only allows a voter or their “near relative” to turn in an absentee ballot.

McCready has already conceded the race to Harris, but North Carolina law lets the state board order a new election under certain circumstances. One of those circumstances is if “irregularities or improprieties occurred to such an extent that they taint the results of the entire election and cast doubt on its fairness.”

McCready also issued a statement Thursday supporting the investigation and calling for a public hearing.

The North Carolina Democratic Party sent a letter to the state board on Thursday calling for a public hearing to examine the evidence of the irregularities and included several sworn statements from voters who said someone had come to their house and requested their absentee ballots. One Bladen county woman, Datesha Montgomery, said a woman came to her house on Oct. 12 and requested her ballot, saying she was collecting them for people in the area. Montgomery said she gave the woman an incomplete ballot, signed it, and let her take it even though it wasn’t sealed.

Emma Shipman, also a Bladen County voter, said a woman came to her house shortly after Hurricane Florence and took her absentee ballot. Shipman said in her statement that the woman took the ballot and put it in an unsealed envelope. Shipman said she never signed the ballot.

The controversy erupted Tuesday when the board declined to certify the results of the election. Joshua Malcolm, the vice chair of the state board, is from Robeson County and said he wasn’t going to turn a “blind eye” to nefarious activity.

“I’m very familiar with the unfortunate activities that have happened in my part of the state,” he said during the board’s Tuesday meeting, according to WFAE. “And I am not going to turn a blind eye to what took place to the best of my understanding, which has been ongoing for a number of years, and which has been repeatedly referred to the United States attorney and the district attorneys to clean up. Those things have not taken place.”

The state board is set to meet on Friday morning at 10 a.m. and must certify the results of the election then, said Robin Hayes, chairman of the North Carolina Republican Party. Hayes pledged legal action if it did not.