A Niagara Regional Police officer is in stable condition in a Hamilton hospital after being shot by a fellow police officer in Pelham, Ont., the service says.

Around noon Thursday, several officers were investigating a collision that had happened days before in the area of Effingham Street and Roland Road in the rural area southwest of St. Catharines, Ont., when two of the officers became involved in an altercation, according to Monica Hudon, spokesperson for Ontario’s Special Investigations Unit.

One of the officers, 52 years old, was seriously injured, said Hudon.

Niagara police say the officer who was shot has served for 28 years and is assigned to uniform patrol in Welland and Pelham.

He was rushed to hospital in critical condition, but the service issued a statement Thursday evening saying he was in stable condition. The officer’s name has not been released.

Hudon could not say how many gunshots hit the officer, where he was struck or if both officers fired their weapons.

The spokesperson also had no information about what led to the shooting or their relationship.

“Understanding what transpired and the relationship between the officers is part of the SIU’s investigation,” said Hudon.

“I can only tell you that there was an altercation, a firearm was discharged and one officer was struck.” 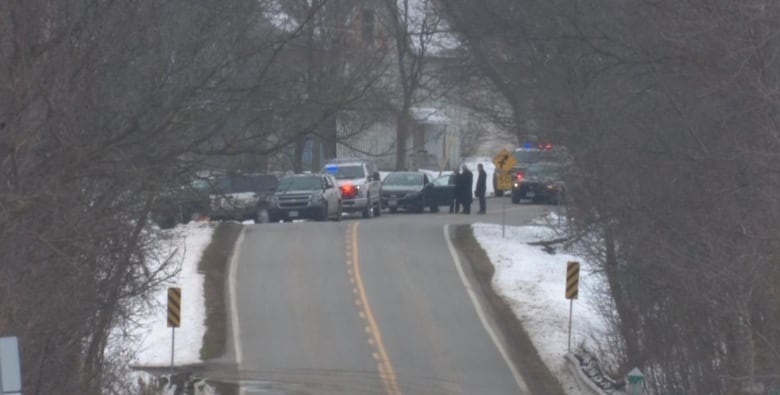 The SIU is investigating the shooting in Pelham, a rural area southwest of St. Catharines, Ont. (Dave Ritchie/CBC)

Niagara Police chief Bryan MacCulloch said he has asked the Ontario Provincial Police to determine if there is any criminal culpability outside of the SIU’s scope, but added no arrests have been made in connection with the shooting

“The days and weeks ahead will be trying ones for the NRPS family and the community we serve,” he said.  “I ask for your support for our members and all those involved.”

The Niagara police said in an earlier statement Thursday afternoon that there was “an incident in Pelham involving members of the NRPS.”

“An officer has been transported by paramedics from the scene with injuries.”

The statement did not describe the nature of the incident.

“As the SIU is involved we are prohibited from providing further information at this time,” the statement reads. 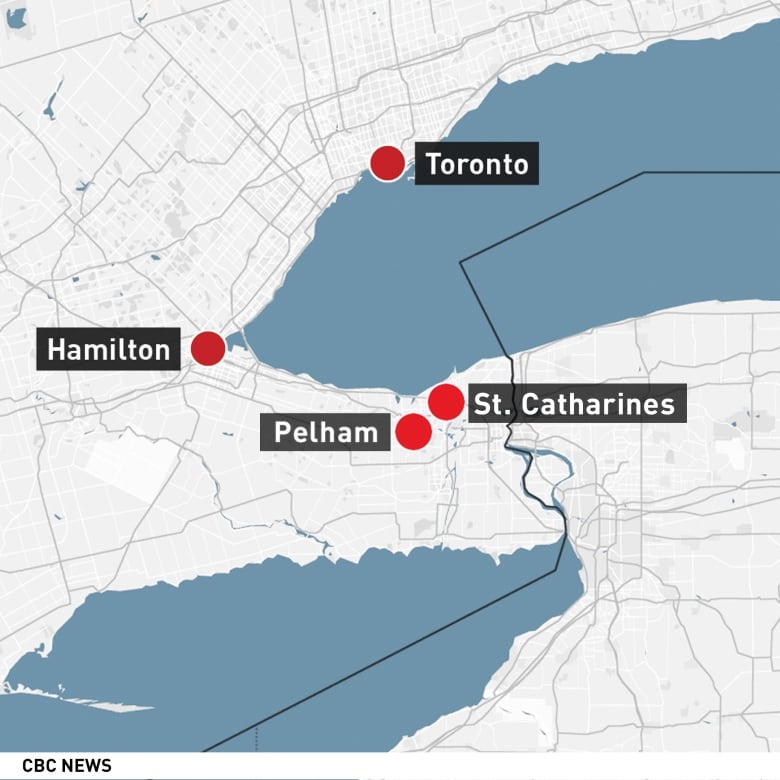 Ornge Air Ambulance said a person was transported by helicopter from a St. Catharines hospital to a Hamilton trauma centre in critical condition.

Eight SIU investigators and three forensic investigators have been assigned to the case, said Hudon, and officers are canvassing for video evidence.

“We are interviewing witnesses and we’re asking other witnesses to come forward if they have information.”

The SIU can confirm it is investigating an interaction between two Niagara Regional Police Service officers, and the gunshot wound sustained by one of the officers. SIU spokesperson en route to scene. Scrum early evening.

She said the SIU has not designated any subject or witness officers as of Thursday evening.

The SIU is an arm’s-length agency that investigates reports involving police where there has been death, serious injury or allegations of sexual assault.

Hudon said the watchdog has investigated cases where a police officer was shot by another officer, but noted it’s too early to determine if Thursday’s shooting shares any similarities with past incidents. 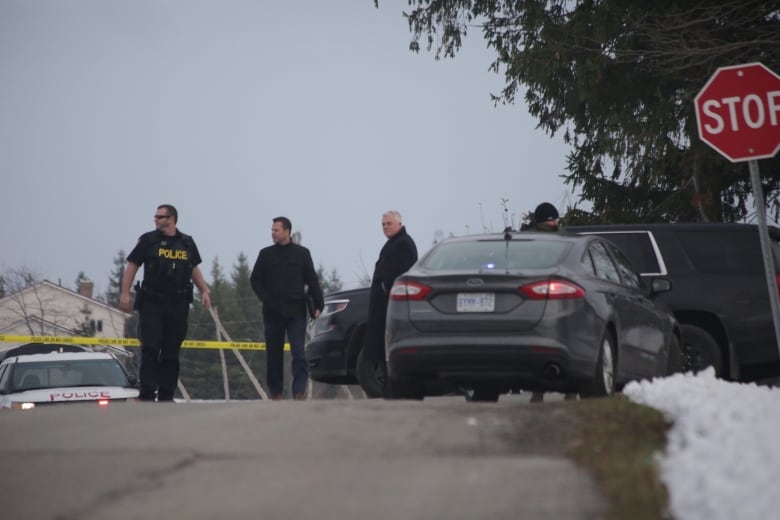 ‘The SIU is mandated to investigate any incident involving police where someone has been seriously injured or has died,’ a spokesperson said. (Samantha Craggs/CBC)

She also made clear why this case falls within the SIU mandate.

“The SIU is mandated to investigate any incident involving police where someone has been seriously injured or has died. Whether the person who was injured was a civilian or a police officer, the SIU mandate is invoked anytime that happens.”