A mystery hedge trimmer has struck twice in a week overnight in a village amid fears of an ‘escalating neighbourly dispute’.

Lincolnshire Police have deployed extra patrols to Sudbrooke in an attempt to catch whoever cut the border hedge ‘during the hours of darkness’.

Officers have slammed the ‘very bizarre’ incidents which took place on a leafy road in the village, which has an average house value of £290,000. 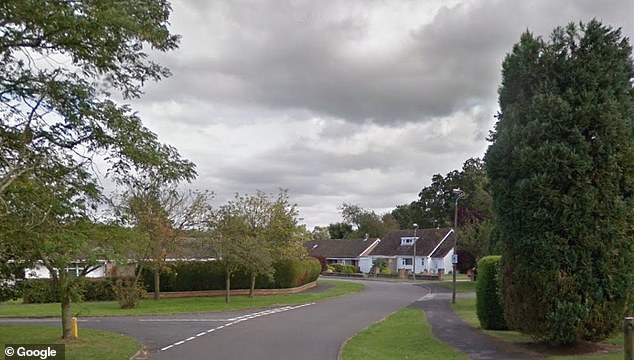 The force said someone had cut a ‘large circular hole’ in the private hedge in the village that backs onto woodland, located five miles north east of Lincoln.

‘It is only courteous to speak to the owner about the problem that you have and to not take the matter into your own hands.’

Local authority West Lindsey District Council imposes no restrictions on hedge height, but can intervene in any row over the feature obstructing light.

The circumstances of the hedge trimming could make it an offence – for example if it falls under criminal damage or trespass, or even destroying a wild bird’s nest.

A police spokesman told MailOnline: ‘The resident is clearly concerned about this. Hedge cutting on private land should only be done only with the permission of the owner.

‘It may well be a civil matter, but there are certain circumstances that could mean the act constitutes a criminal offence.

‘Either way it is not worth upsetting a neighbour and risking an ongoing dispute.’

Some Facebook users complained that the police response was over the top, while another said: ‘Wish someone would come and chop mine – inbox me for my address.’

* Do you know the mystery hedge trimmer? Email: mark.duell@mailonline.co.uk *