A long, flat hunk of space rock that has eluded scientists since it zipped past our planet last year may, in fact, be a piece of alien technology, according to a new paper by Harvard scientists.

The paper — written by Abraham Loeb, chair of astronomy, and Shmuel Bialy, a postdoctoral fellow, from the Harvard-Smithsonian Center for Astrophysics — was submitted to the Astrophysical Journal Letters.

In it, they hypothesize that ‘Oumuamua — the cigar-shaped object that briefly visited us from a distant star system — “may be a fully operational probe sent intentionally to Earth vicinity by an alien civilization.”

I follow the maxim of Sherlock Holmes. When you have excluded the impossible, whatever remains, however improbable, must be the truth.– Abraham Loeb, astronomy chair at Harvard-Smithsonian Center for Astrophysics

“I follow the maxim of Sherlock Holmes,” Loeb told As It Happens host Carol Off. “When you have excluded the impossible, whatever remains, however improbable, must be the truth.”

The paper has not yet been peer-reviewed, and several scientists, including those who have studied ‘Oumuamua, are skeptical of Loeb’s conclusions.

‘Oumuamua was discovered in October 2017 by Canadian astronomer Robert Weryk at the University of Hawaii’s Institute for Astronomy.

It is our first known interstellar visitor — and scientists have struggled to explain it.

“It’s very weird. It’s nothing that we have seen before,” Loeb said. “It seems to have an extreme shape based on the reflectance of sunlight. It has very strange dimensions. It is at least five to 10 times longer than it is wide.”

At first, researchers declared ‘Oumuamua an asteroid — a large body of mostly rock with very little water. Upon closer inspection, it was later deemed a comet, which are made up of mostly dust and ice.

For one, it has deviated from the trajectory it was expected to travel given the sun’s gravitational pull.

A comet can do that when it releases gases, producing a rocket effect known as outgassing. But ‘Oumuamua doesn’t have the telltale comet tail associated with outgassing.

What’s more, outgassing should have sent ‘Oumuamua spinning, but no rotation has been detected.

So what sent this big mystery hunk veering through space at an accelerated speed off of its natural course? 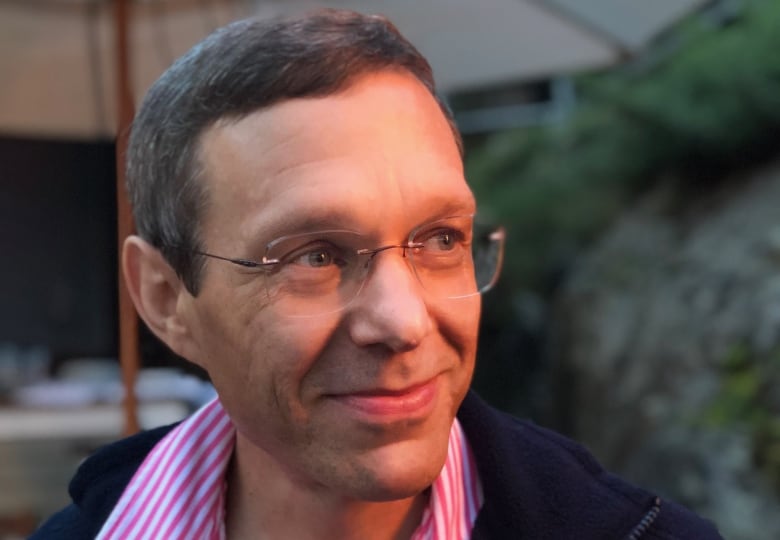 Abraham Loeb is a professor and the chair of astronomy at the Harvard-Smithsonian Center for Astrophysics. (Submitted by Abraham Loeb)

“There is something pushing it in addition to gravity,” Loeb said.

“The possibility that we are suggesting is that it’s sunlight — the radiation from the sun is giving a push, and in order for that to be effective, it needs to be very thin.”

One thing that fits that description is a light sail, also known as a solar sail — a type of propulsion that allows a spacecraft to move under the force of sunlight radiation reflected on large mirrors.

Essentially, a light-sail spacecraft sails through space on the sunlight.

Loeb is the chair of the advisory committee for Breakthrough Starshot, an organization that is working to launch a light sail to the nearest star, Proxima Centauri.

‘Oumuamua, he says, may be an alien version of that very same technology. 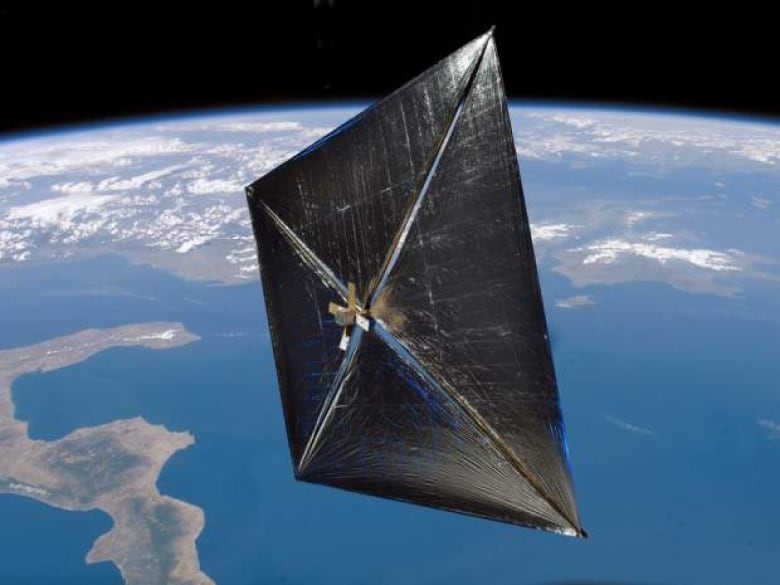 “This could be space debris that is a piece of equipment. It could be defunct. It may not be operational,” Loeb said.

“But at the same time, it could be leftover space debris from another civilization, just because it’s so peculiar and nothing like the rocks that we see in the solar system.”

Weryk, the Canadian scientist who discovered ‘Oumuamua and has researched it, has cast doubt on Loeb’s extracurricular theory.

“There is no reason to believe ‘Oumuamua is anything but a natural object (a comet from another solar system) based on the observations that were obtained by the team I worked with,” Weryk told Motherboard, Vice’s science site.

“It is true though, that there really is a lot we do not know about interstellar comets, and it really will take us finding more of them to better understand them. This may take a while, but now that we know they exist, we are looking more closely at each new [near-Earth object] discovery we make.”

But as for Loeb, he says he’s motivated only by curiosity and the pursuit of truth.

“I don’t play it based on what I expect my colleagues to say, I do it based on my interests,” he said.  “And the fact that the public is interested, that is a benefit.”