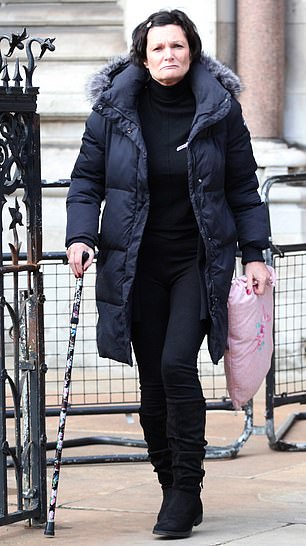 A mother who sued the NHS for £2.5million after claiming surgery left her unable to work and in constant pain was rumbled after she was pictured at a hen party in Ibiza.

Lesley Elder, 50, claimed the operation left her unable to work or travel, but gave herself away when she posted photos from her daughter’s bash on Facebook.

The unemployed mother-of-two said pain from the op had turned her into a reclusive shadow of her former self, but photos showed her ‘partying after midnight’, a judge said.

Despite claiming severe disability, she was photographed in a club, wearing a straw hat and sash with her daughter, Tania Bunston, and other women.

The judge said Mrs Elder had a valid case because she was misdiagnosed before the operation and had not given her informed consent to it.

But she was awarded less than five per cent of the payout she wanted – because her claim had been ‘inflated beyond reason’.

Now Mrs Elder, of Poole, Dorset, is facing a bid by Nuneaton’s George Eliot Hospital NHS Trust to have her locked up for contempt of court.

NHS barrister, William Featherby QC, said her ‘exaggerated’ and ‘dishonest’ claims of grave disability were only foiled by surveillance evidence.

‘She hoped, by her dishonesty, to recover very substantial damages, perhaps £2.5m,’ he told Judge Clive Freedman at the High Court in London.

‘The surveillance evidence and the Facebook photographs demonstrated that she was not significantly disabled and that her statements to that effect were false.’ 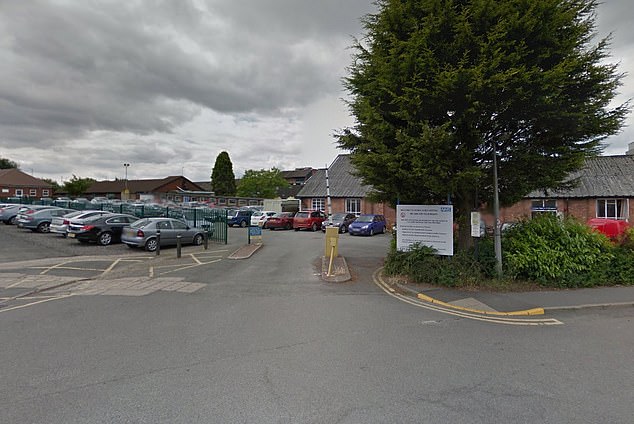 George Eliot Hospital NHS Trust in Nuneaton, Warwickshire (pictured) has applied to have her jailed for contempt of court

Mrs Elder was entitled to damages after being put through ‘unnecessary and inappropriate’ incontinence surgery in 2010, when she lived in the Midlands.

Working as a foster mum in the past, but now unemployed, she was ultimately awarded about £120,000 in damages.

But she exaggerated her symptoms, claiming she was suffering from ‘profound disability’, with severe and constant pain in her groin and leg.

She claimed it meant she could not work or travel, no longer went out very often and needed more than £1million worth of care and support.

But after a hearing at Winchester County Court in February last year, Judge Iain Hughes QC awarded her a small fraction of the damages she claimed.

Mrs Elder insisted that the Ibiza trip was not a hen party, but simply a holiday to get some sun before the wedding.

But Judge Hughes said the do had been women only – all of them wearing t-shirts emblazoned with the words ‘Tania’s hen party’.

‘The party had obviously started on the Saturday evening,’ he said. ‘I find that she was happily partying after midnight, contrary to her evidence.’

Mrs Elder, who hobbled into and out of court with a walking stick, was not seen in any of the surveillance footage using a walking aid, he said.

The footage showed her using a vacuum cleaner, carrying her grandson, exercising her dog and shopping for clothes with her daughter. 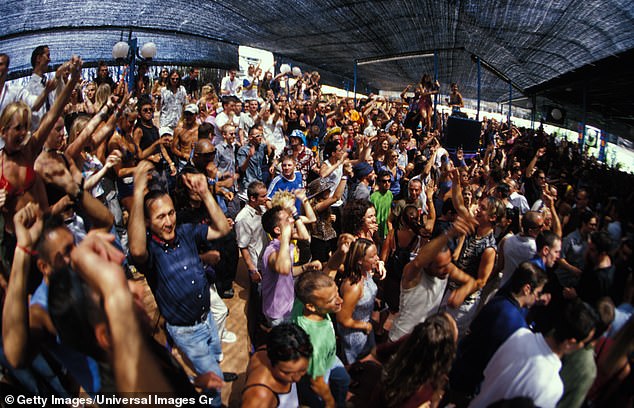 Lesley Elder, 50, was filmed clubbing well past midnight on the party island at her daughter Tania’s hen-do (pictured, a file photo from Ibiza)

‘If she would benefit from using a stick, she would use one,’ the judge found. ‘She does not, save when being observed for the purposes of financial gain.’

As to her claim that she could not work, he said medical records showed she had been fit for work for some years.

‘She is not presently working because she perceives it is to her financial advantage in this litigation not to work.’

The judge added: ‘Absent the surveillance evidence, a terrible injustice would have been done to the National Health Service.’

Applying to have her jailed for contempt of court this week, Mr Featherby said Mrs Elder had in fact made a good recovery – probably by 2012, but at the latest by 2015.

‘Rather than reporting this accurately, she set about mounting a claim that was profoundly dishonest and exaggerated the severity of her injuries,’ he said.

He said she was lucky not to have been charged with a criminal offence, which could have led to 10 years’ jail, rather than a maximum two years for contempt.

Mrs Elder’s barrister, Bibi Ihuomah, said she continues to deny being dishonest at the county court.

‘She denies that she has lied and she was on severe medication when she gave her evidence,’ she told the judge.

She added that Judge Hughes had been shown only 70 minutes of ‘edited’ surveillance footage that lasted a total of 40 hours.

The application to commit her to prison was adjourned after Ms Ihuomah said she needed more time to consult with Mrs Elder.

The case is expected to return to the High Court early next year. 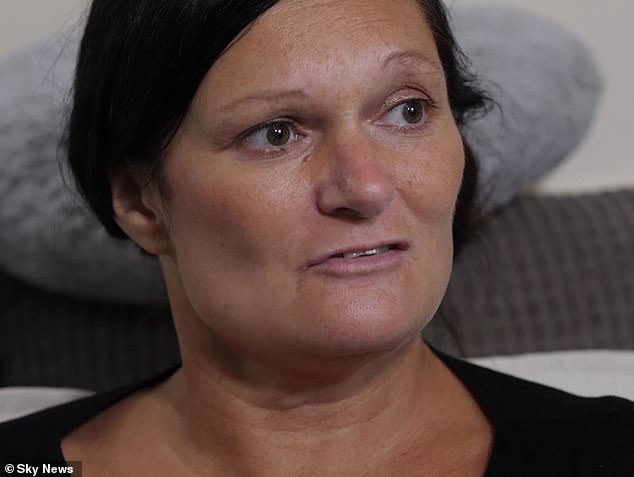 Lesley Elder, 50, faces jail for contempt of court after being caught partying in Ibiza