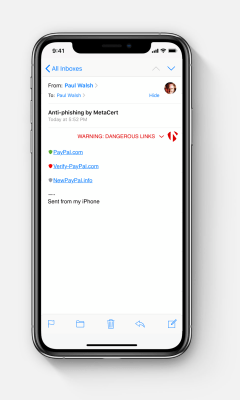 Metacert, founded by Paul Walsh, originally began as a way to watch chat rooms for fake Ethereum scams. Walsh, who was an early experimenter in cryptocurrencies, grew frustrated when he saw hackers dumping fake links into chat rooms, resulting in users regularly losing cash to scammers.

Now Walsh has expanded his software to email. A new product built for email will show little green or red shields next to links, confirming that a link is what it appears to be. A fake link would appear red while a real PayPal link, say, would appear green. The plugin works with Apple’s Mail app on the iPhone and is called Cryptonite. 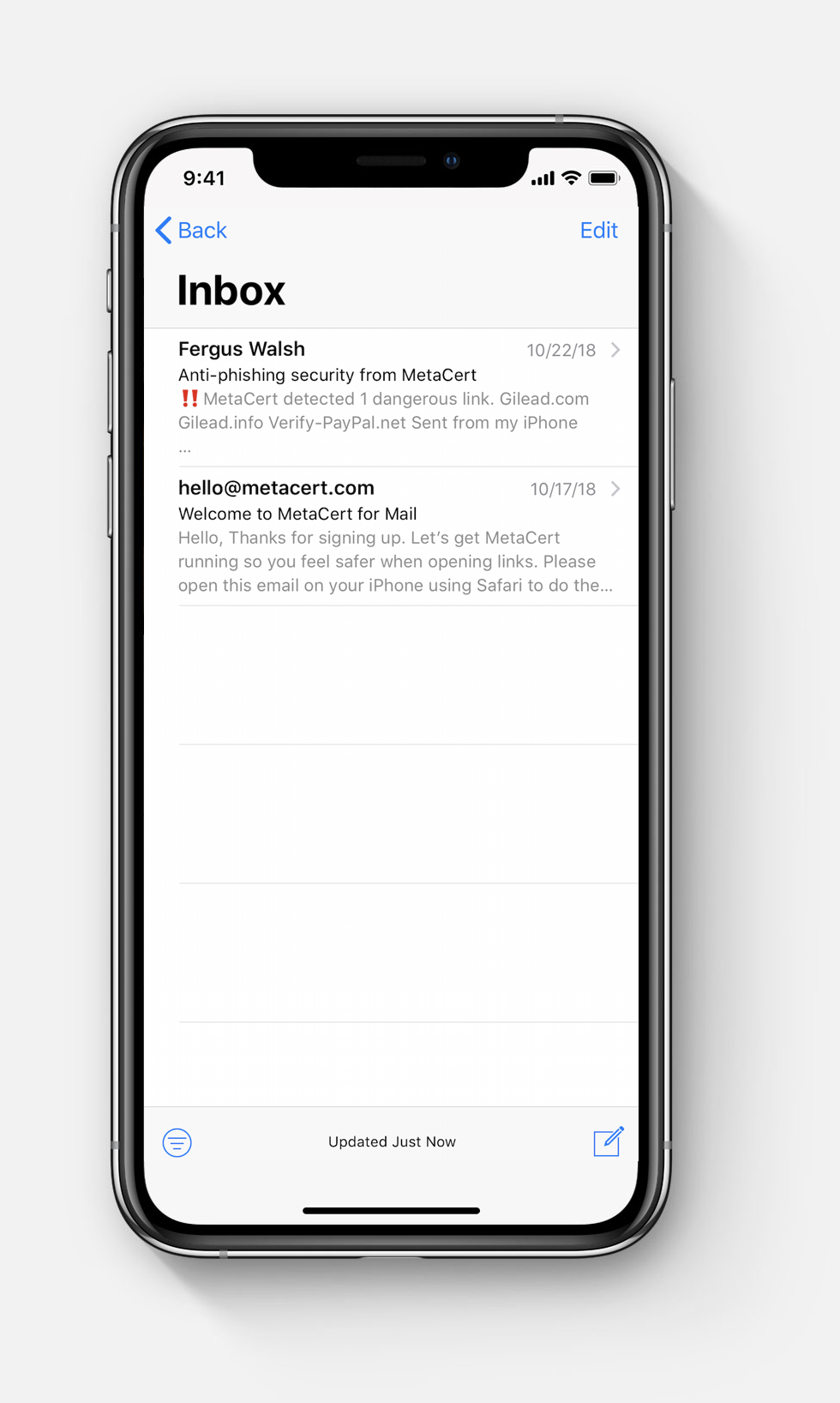 “The system utilizes the MetaCert Protocol infrastructure/registry,” said Walsh. “It contains 10 billion classified URLs. This is at the core of all of MetaCert’s products and services. It’s a single API that’s used to protect over 1 million crypto people on Telegram via a security bot and it’s the same API that powers the integration that turned off phishing for the crypto world in 2017. Even when links are shortened? MetaCert unfurls them until it finds the real destination site, and then checks the Protocol to see if it’s verified, unknown or classified as phishing. It does all this in less that 300ms.”

Walsh is also working on a system to scan for Fake News in the wild using a similar technology to his anti-phishing solution. The company is raising currently and is working on a utility token. 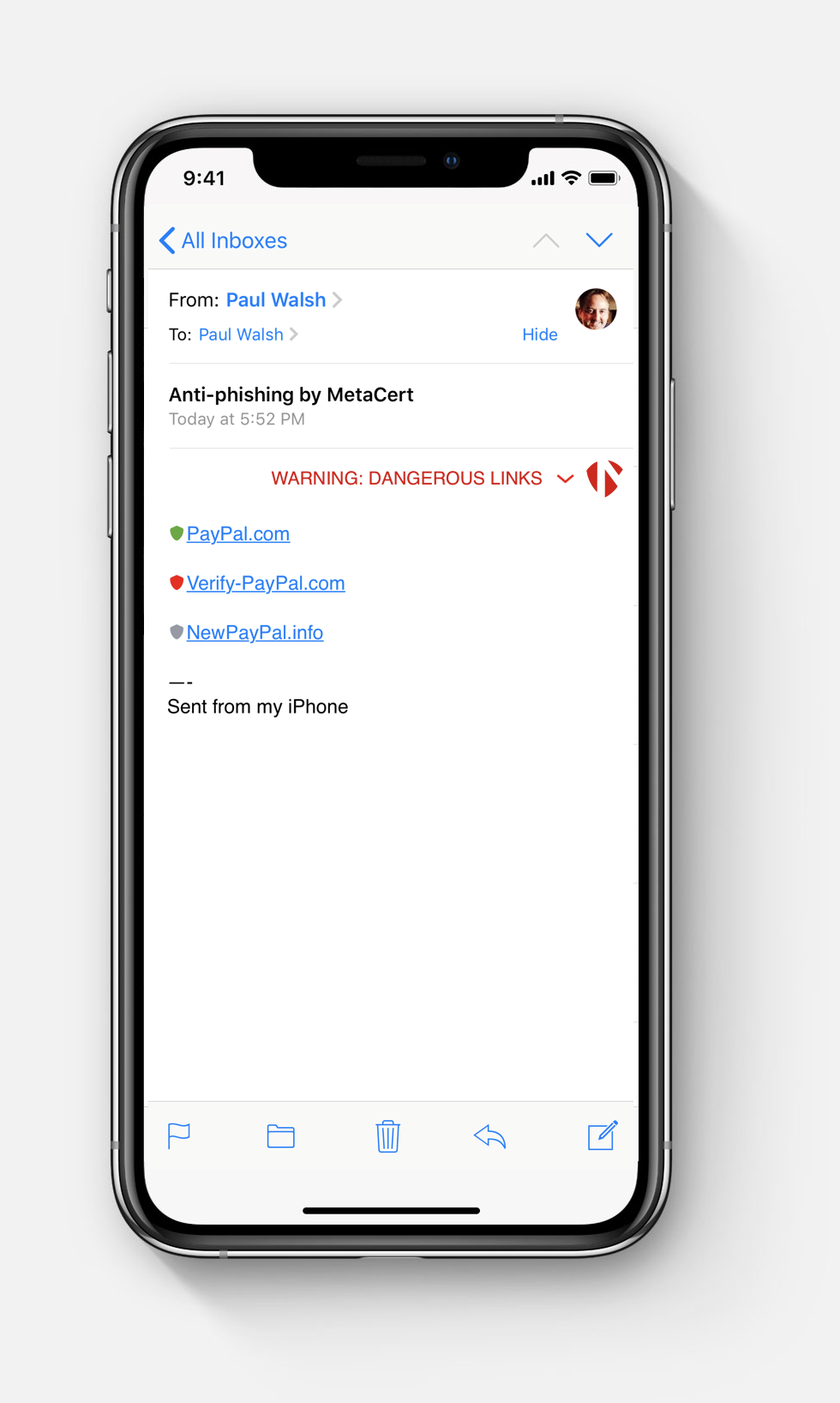 Walsh sees his first customers as enterprise and expects IT shops to implement the software to show employees which links are allowed, i.e. company or partner links, and which ones are bad.

“It’s likely we will approach this top down and bottom up, which is unusual for enterprise security solutions. But ours is an enterprise service that anyone can install on their phone in less than a minute,” he said. “SMEs isn’t typically a target market for email security companies but we believe we can address this massive market with a solution that’s not scary to setup and expensive to support. More research is required though, to see if our hypothesis is right.” 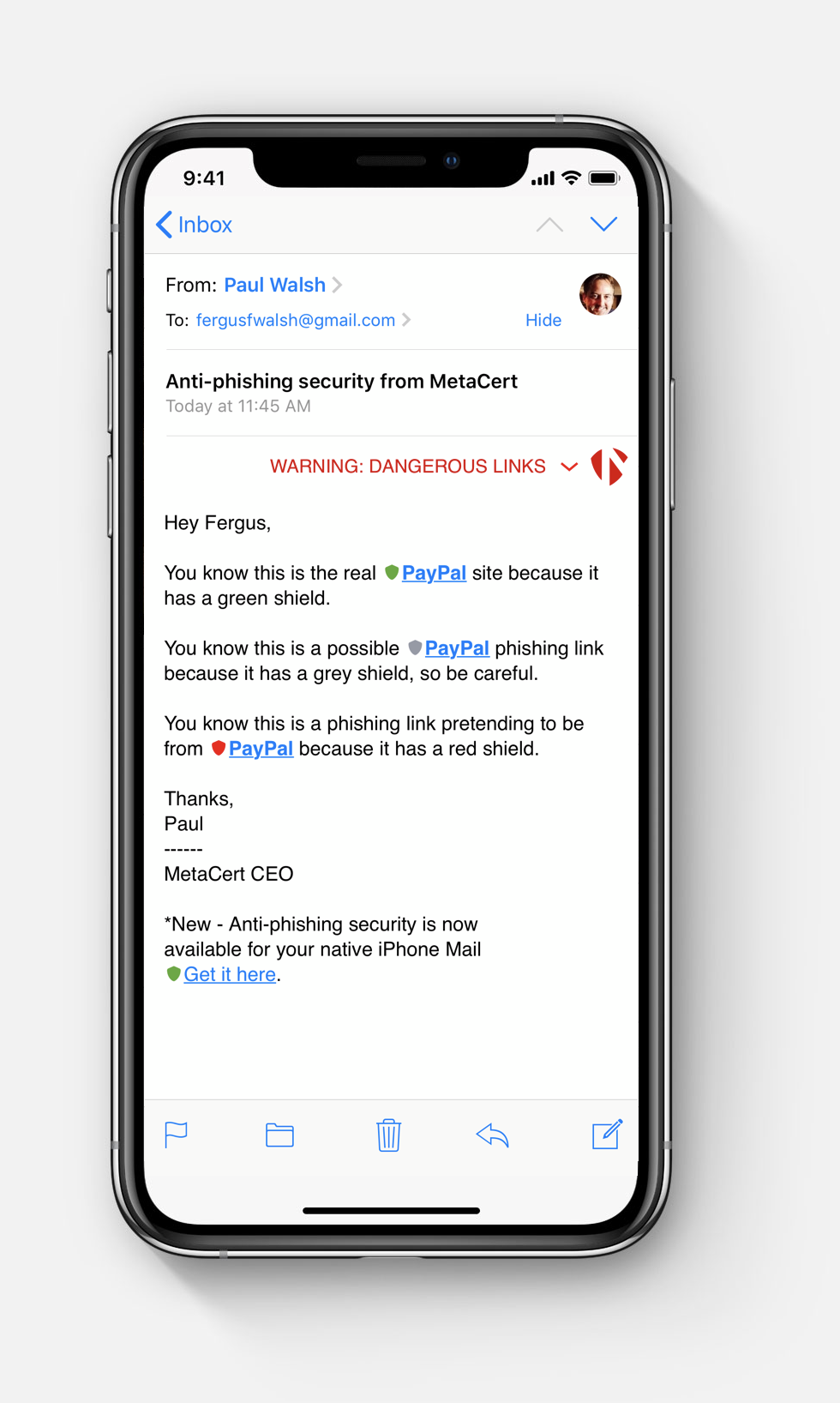 “With MetaCert’s security, training is reduced to a single sentence ‘if it doesn’t have a green shield, assume it’s not safe,” said Walsh.