Police street checks widely known as carding have little to no value as a law enforcement tool and should be significantly limited across Ontario, a judge tasked with reviewing the practice said Monday.

The report from Justice Michael Tulloch outlines certain circumstances in which police may have legitimate grounds to conduct street checks, or stop people at random and request identifying information.

But Tulloch, who was hired by Ontario’s previous Liberal government to assess the effectiveness of new regulations meant to limit the impact of street checks on racialized groups, said those circumstances are very specific and the practice as a whole should be sharply curtailed.

“There is little to no evidence that a random, unfocused collection of identifying information has benefits that outweigh the social cost of the practice,” Tulloch wrote in his 310-page report.

“Given the social cost involved with a practice that has not definitively been shown to widely reduce or solve crime, it is recommended that the practice of randomly stopping individuals to gather their identifying information for the creation of a database for intelligence purposes be discontinued.”

Tulloch, who previously led a review into Ontario’s complex police oversight system, was asked to turn his attention to carding months after the previous government made moves to eliminate what it described as systemic racism in law enforcement.

In 2016, Ontario introduced rules dictating that police must inform people that they don’t have to provide identifying information during street checks, and that refusing to co-operate or walking away cannot then be used as reasons to compel information.

The aim was to end arbitrary stops, especially those based on race, though anti-carding advocates have called for the practice to be abolished entirely.

Race is prohibited as forming any part of a police officer’s reason for attempting to collect someone’s identifying information.

Police had long argued that street checks have value as an investigative tool, a notion Tulloch challenged in his report.

“A widespread program of random street checks involves considerable time and effort for a police service, with little to no verifiable results on the level of crime or even arrests,” he wrote. “Some police services reported that there are other ways to gather data or use data that they already have more effectively.”

Tulloch’s report also debunked the notion that carding had played a role in solving the high-profile killing of Cecilia Zhang, a nine-year-old girl who was abducted from her Toronto home in the middle of the night in 2003.

Tulloch said many of the more than 2,000 people consulted for the report cited the arrest of Min Chen, who pleaded guilty to second-degree murder in Zhang’s death, as an example of a carding success story. Tulloch said, however, that Chen’s name first came to be in police files as a result of a non-random stop that did not fit the definition of carding. 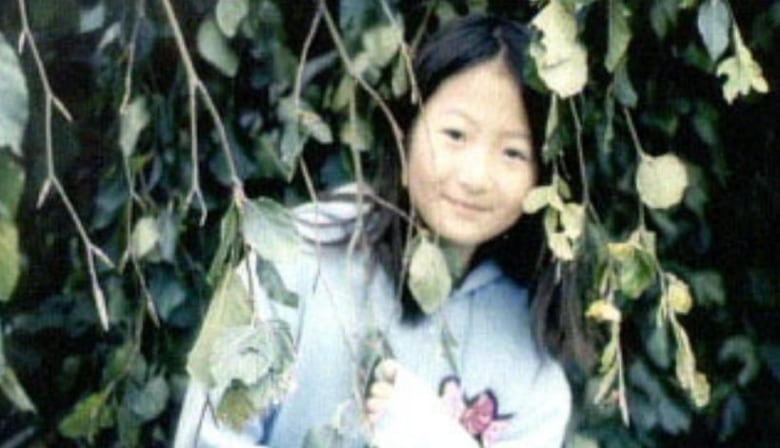 On July 22, 2004, Peel police charged a 21-year-old male student from China with first-degree murder in the case of Cecilia Zhang, the nine-year-old girl who disappeared from her parents’ Toronto home. (CBC)

Chen was stopped in response to a complaint of illegal fishing filed weeks before the girl was killed, Tulloch said, adding the information gathered during that interaction later gained relevance when Chen’s name surfaced in the Zhang investigation.

Tulloch said street checks have value in cases where there are clear suspicious circumstances, or when police need to identify the identity of a missing person or crime victim. Among his many recommendations to the new Progressive Conservative government were some stating the 2016 rules should not apply in such cases.

But other recommendations advise the government to take a harder line on street checks, tightening definitions of terms such as “identifying information” and “suspicious circumstances” and broadening protections during vehicle stops.

Tulloch also recommended an overhaul of the training that was put in place when the new rules took effect. He said it lacked the critical component of explaining why the changes were being made, which left some officers hesitant to get on board.

“Implementing new rules for police officers to follow has little value — and will not achieve the intended goal — if officers are not effectively and adequately trained on the reasons why the changes were necessary,” Tulloch wrote.

He also recommended officers at all levels “should learn how the widespread use of carding by some services and some officers has been abused in the past.”

Correctional Services Minister Sylvia Jones said the government is taking time to go through Tulloch’s findings, but said his work would “inform” efforts to reform police legislation in the province.

“We are committed to developing legislation that works for our police and for the people of Ontario,” Jones said in a statement. “Our new police legislation will reflect a simple principle: racism and discrimination have no place in policing.”