On Sunday we will mark the 100th anniversary of the end what is known in history as the First World War. The War to End Wars. The War to Make the World Safe for Democracy. The Great War.

The Great Mistake, is more like it. The Great Blunder. Perhaps the most hideous and stupid error ever committed in the history of humanity.

The conflict of 1914-1918 wasn’t really about anything. It was not about freedom, democracy or human dignity. There were no good guys or bad guys. There was only stupidity, pigheaded ego and a total disregard for human life.

The soldiers in the trenches believed they were the good guys, of course. They had to, otherwise they would not have been there. The Germans were defending “kultur,” the Russians the Orthodox Faith, the Western Allies were fighting for “freedom,” whatever that meant. They were brave, and they were loyal, and nothing can take away from their service and sacrifice.

Canada sent more than 600,000 personnel to fight in that conflict, most of them foreign-born men who joined our army for what they could get out of it: three square meals, a payday and ticket home to the British Isles, where most of them were born. Foreign mercenaries, essentially. When the war ended our own men made up only about half the strength of the Canadian Expeditionary Corps.

Of those wearing our uniform, 60,000 died, and tens of thousands were hideously maimed, physically and mentally. The main cause of their death and dismemberment was the stupidity of their British commanders, who ordered them time and time again to walk upright into the enemy machine-guns.

In the intervening century we have built a delusional myth that this war united us, created a Canadian identity, and brought us to prominence on the world stage. In fact, it divided us and came close to sundering the country over the conscription crisis. While we let British-born men fight for us, Canadians hung back for the most part, and conscription was unpopular not just in Quebec, but across Canada. 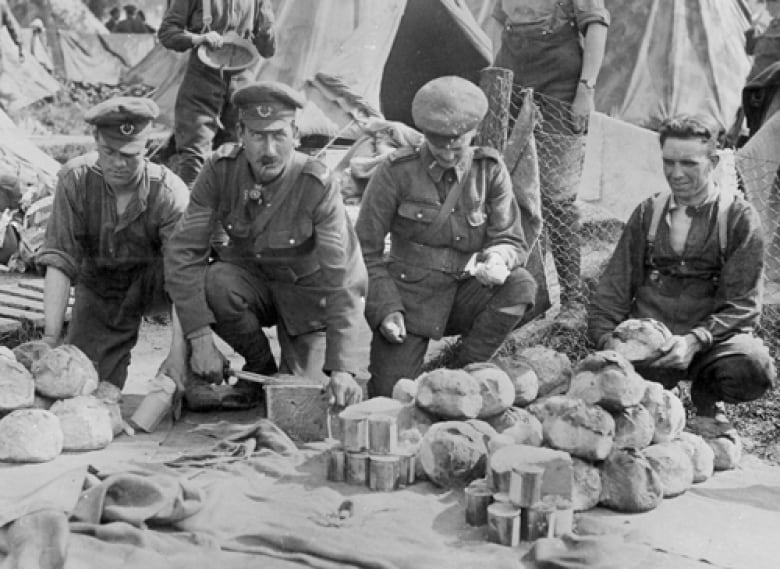 Of those wearing our uniform, 60,000 died, and tens of thousands were hideously maimed, physically and mentally. (Library and Archives Canada)

My wife’s great uncle, Ernest Charles Drury, who would go on to become premier of Ontario, campaigned in the khaki election of 1917 on an anti-conscription platform, in the riding of North Simcoe. Many other English-speaking Canadians, in particular unionized workers and farmers, opposed conscription. It was not simply a French-English divide.

In 1914, hundreds of millions of people lived reasonably stable lives in four great empires: German, Austro-Hungarian, Russian and Ottoman. The Great War swept all of that away and led to two decades of famine, disease, inflation and brutality, and ultimately to the Second World War, a conflict that no moral society could avoid.

If that first war had not been fought, there likely would have been no Second World War, no Hitler, no Mussolini, no Stalin, no Holocaust and no Holodomor. And no Cold War either.

The Second World War ended two years before I was born. Yet on Remembrance Day in most cities and towns across this country, we still use the maudlin and lachrymose hymns, prayers and invocations of the Edwardian era to commemorate those who served in our forces, and those who died.

Outside of major metropolitan centre, Remembrance Day ceremonies are largely Christian religious services, ignoring the diversity of our society and our forces. The main theme is one of willing self-sacrifice (The Book of John, “Yourselves you scorned to save”), even though our soldiers serve in the hope and expectation that they will survive and come home in one piece. 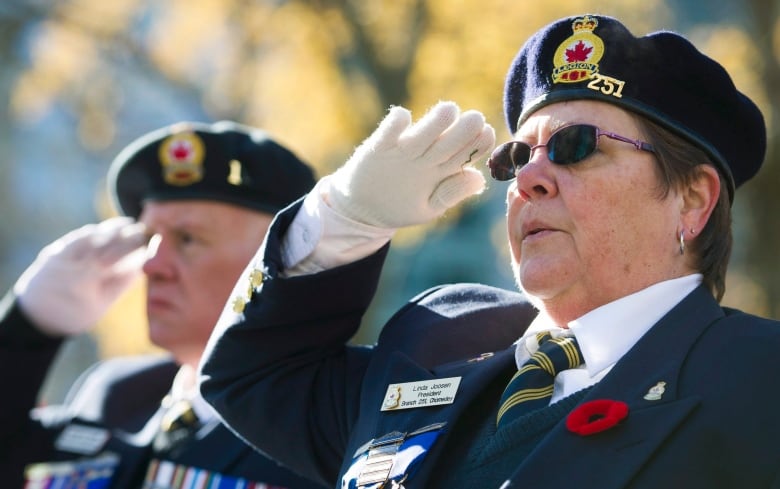 Perhaps it is time to draw a line under The Great War. In the past three-quarters of a century, tens of thousands of Canadians have put their lives on the line in the Middle East, Bosnia, Haiti, Rwanda, East Timor, Sierra Leone and Afghanistan. Many have suffered wounds visible and invisible. Many have died.

They are just as dead as those of Vimy Ridge and Juno Beach. The loss and pain and grief are no different. So why not have a Remembrance Day that meaningfully includes them, in their diversity and their service to this country?

We have recently learned that the previous government, which ended the lifetime provision of care in favour of lump sum payments, also shortchanged us out of millions of dollars in disability allowances, and it will be 2020 before the present government can fix it.

Maybe we should dump “O Valiant Hearts!” and start singing along with Twisted Sister:

How would that sound down at the Cenotaph?