You are not ready.

You must be a child.

Those are just some of the insults trolls routinely fire at Sara Johnson Rothman, Maria Collett and Liz Hanbidge, three candidates running for state office just outside Philadelphia.

The women are each Democrats, lawyers and first-time candidates for the Pennsylvania legislature. Hanbidge and Johnson Rothman are running in neighbouring House districts, while Collett is running for the senate.

They all share a busy campaign office in Montgomery County, where they talk politics, policy and strategy. They also help each other cope with the onslaught of insults on social media that go along with running for office, as a woman, in 2018.

“It’s hard to be attacked personally” said Collett, whose opponent’s father held the seat since 1979.

“It’s like when you are 14 years old and all the worst things you think about yourself, somebody is amplifying on social media — that moment of insecurity when you think, ‘Oh my God, am I good enough?'”

More women than ever are running for office this campaign cycle. But no matter how candidates try to prepare for it, the vile insults from nameless, faceless agitators are often hurtful — and sometimes terrifying. And the best way to deal with trolls isn’t always clear.

‘Why would you say that?’

While Rothman Johnson ignores trolls, Hanbidge will challenge them.

“Sometimes they’re hard to ignore,” she said. “You’re like, ‘What is wrong with this? Why would you say that?'” 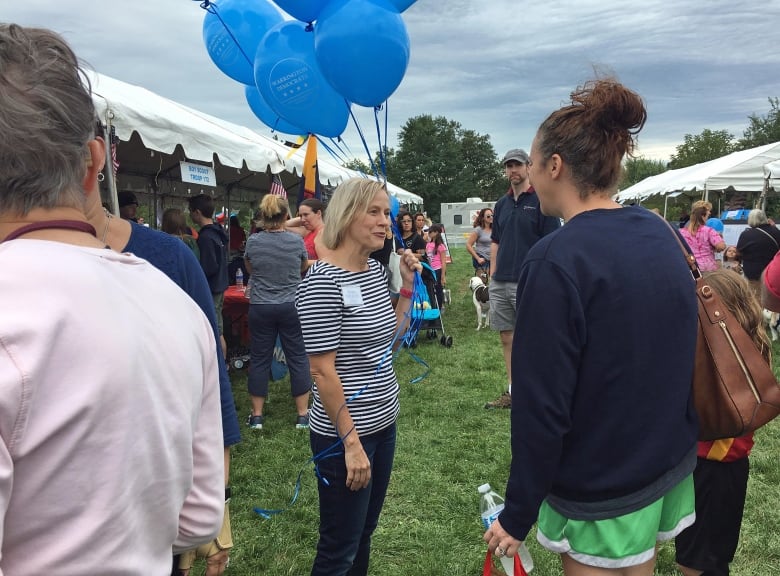 Maria Collett says she is surprised by the amount of online harassment she’s experienced during her run for a seat in Pennsylvania’s senate. (Maria Collett)

And the problem is by no means reserved for women running as Democrats.

“My opponent’s signs were defaced. Someone called her an NRA slut,” Hanbidge said. “And I reached out to her campaign. I also put out a statement on Facebook, because misogyny and bullying shouldn’t be happening no matter where you are.”

Johnson Rothman, who is a member of her local school board, wrote an opinion article in the local newspaper last year arguing that teachers should not be armed with guns to protect students.

She later noticed the article was re-posted on pro-gun websites, with comments suggesting her children’s school should be attacked.

The digital cesspool of partisan politics can be brutal for all politicians, but women have it especially tough, says Betsy Fischer Martin, the executive director of the Women and Politics Institute at American University in Washington, D.C.

As far as she knows, there haven’t been any American studies about harassment of female politicians. But a small 2016 study of parliamentarians from 39 countries, including Canada, found the problem is pervasive.

Eighty-one per cent of the women surveyed said they had been subject to psychological violence, which the authors define as hostile behaviour likely to cause suffering, harm or fear. 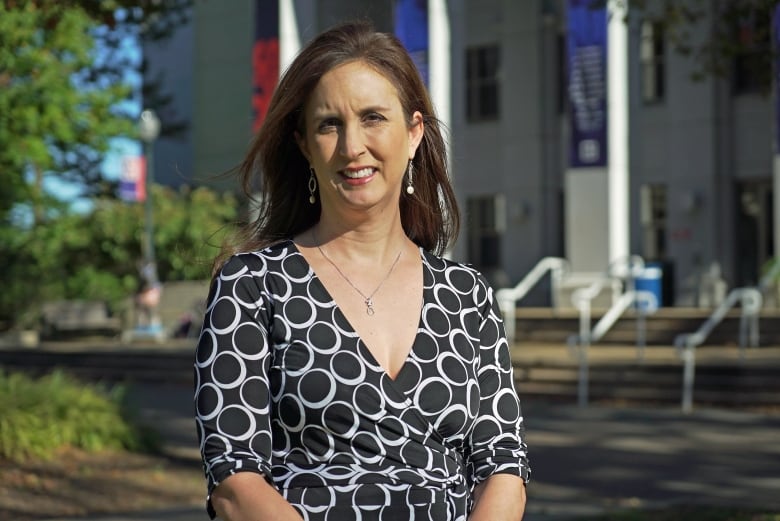 Betsy Fischer Martin is executive director of the Women and Politics Institute at American University in Washington, D.C. She says female candidates seem to be calling out trolls more often these days. (CBC)

The study concluded that “sexism, harassment and violence against women parliamentarians are very real and widespread.”

“I do think it reflects some of the attitudes that are out there amongst men, not wanting women to run for office and be in office.” Fischer Martin said.

But Fischer Martin says she is noticing a trend this election cycle: More women are calling out trolls directly. She believes that has something to do with the #MeToo movement.

‘I am not ashamed’

That’s what Rachel Hundley did.

She is running for re-election to city council in Sonoma, Calif. Back in August, she received an anonymous email with a link to a website called “Rachel Hundley Exposed.”

She says the site featured pictures of her in her underwear taken at Burning Man, an annual arts and culture festival in the desert of northwestern Nevada.

The email said either she drops out of the race, or the website goes public.

Hundley responded with a four-minute YouTube video, where she defended her character and reputation and denounced the email and website as “nothing short of extortion.”

“This website relies solely on unfounded accusations and slut-shaming. Its purpose is to make me afraid,” Hundley says in the video, before making it very clear the site didn’t succeed.

“I’m here today to tell my faceless bullies that I cannot be shamed into quitting because I am not ashamed.”

The video has been viewed nearly 189,000 times and made national headlines. And, perhaps most importantly, the website was taken down.

‘Thank you for speaking up’

When comedian Chelsea Handler tweeted about Bush’s candidacy for the Democratic nomination in Missouri’s 1st Congressional District, trolls piled on with comments about Bush’s appearance.

Bush decided to hit back.

She tweeted a picture of the outfits she wore that had received the most comments — patterned skirts, dresses, jeans — with the hashtag #these hips.

“I look like the women in my district,” she wrote. “If elected, ALL OF THIS goes to Congress.”

Bush didn’t end up winning the primary, but her message was retweeted more than 1,000 times and received nearly 6,800 likes.

“I would hear people say, ‘Thank you for speaking up,’ especially women of colour,” she said. “What we face is different from white women.”

When sexism and racism combine, the internet can be an especially vile and threatening place for female politicians. And that danger can spill into the real world.

Democrat Kiah Morris was the only black woman in Vermont’s state legislature before she resigned in September, in part because of racist harassment and threats. She says it began during her re-election campaign in 2016 and continued to escalate.

“It was far beyond, ‘You voted this way and I disagree with you,'” she said. “It’s, ‘I have a fundamental problem with the fact that you exist on this planet Earth.'”

She says the trolling included graphic images and racist language, such as one tweet telling her there is “no safe space” for her “other than Africa.” 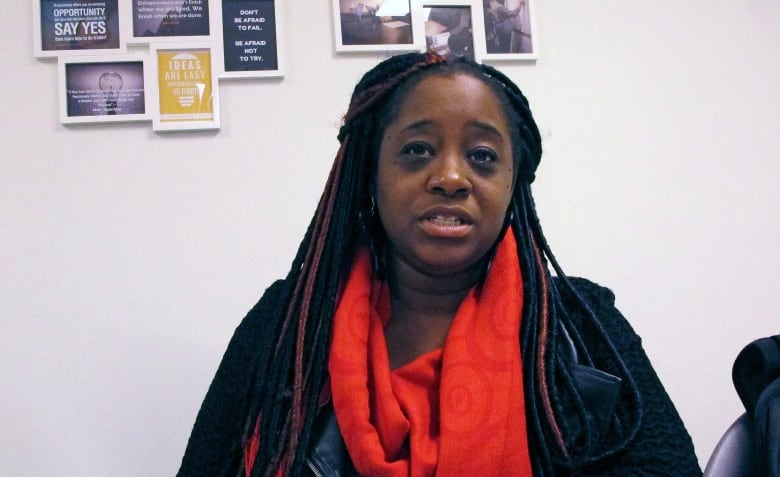 Morris says her home was broken into, and someone painted swastikas on the trees near her property.

She says she resigned to keep her family safe.

“It was really, really difficult,” she said. “I loved serving.”

Morris bristles at the suggestion her resignation means the trolls won.

“I don’t accept that notion at all. Making a decision to take your own life back, making a decision to say, ‘This is how I expect to be treated within this role and these are the things that should be guaranteed to anyone in these shoes,’ is absolutely not acquiescence to hatred.”

Morris says simply sharing her story is one way of exposing trolls.

“We need to be aware of these things, and we do need to call them out when we see them.”

‘You know that’s not true’

For the trio running in Pennsylvania, they have found that the best way to cope with trolls is to support each other.

“I’m saying, ‘Somebody sent this to me,’ and my colleagues here in the trenches are saying, ‘You know that’s not true,'” Collett said.

“It reminds me that I’m doing something very few people are doing. And I just have to dig deep and keep on fighting, because I know the things that I am fighting for are more important.”

Besides, Johnson Rothman says, if they win, it will likely only get worse.