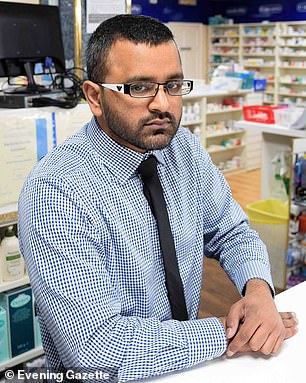 A pharmacist accused of murdering his wife wrote that her ‘days are marked’ in text messages to another man that were read out in court.

The accused asked Amit Patel how he’d feel if his wife ‘goes earlier than you think’ after in response to a note saying ‘she might be alive for 18 years’.

Prosecutors Nicholas Campbell QC and Jolyon Perks presented the messages to the jury, who also heard of a deleted internet search relating to giving someone a ‘huge overdose of insulin’.

One conversation began with the accused saying: ‘I really have fallen for you dear. I love you.’

Amit Patel, who originally lived in Yorkshire before moving to Australia in 2016, replied: ‘I feel exactly the same. If I had any doubts they’re all gone.’

The accused sent Amit Patel a note explaining he had ‘lied about something really big’, adding he was married to Jessica Patel, the court heard. 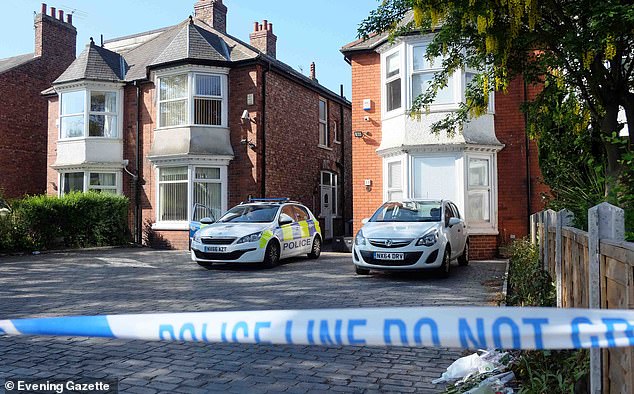 Officers attend the scene in Linthorpe, Middlesbrough, where Jessica Patel was found dead in May this year

‘She fell in love with me,’ he wrote. ‘I was like, great, this is my cover-up, and I went for it. My feelings for you still haven’t changed. I love you so much it’s inexplainable. I finally feel complete. Please don’t kill me. Love, Mits.’

In the messages that followed Mitish Patel said: ‘Now you know the truth. You have made me so happy. You have no idea how much. I’ll make you happy. I know I will. But I’ve lied to you. I’ve searched for you so hard but now that I’ve found you I don’t want to lose you.’ 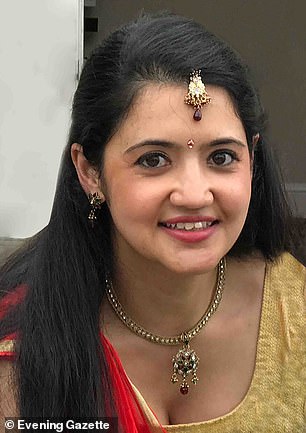 In April 2012 Amit wrote: ‘I still don’t like sharing you, that’s all. I may have the truth but I can’t cuddle up next to that, can you.’

The alleged killer responded: ‘Oh babes, hurts me there. Like you said, she’s a leaseholder. One day that lease will expire.’

In June 2015 the pair discussed Mitesh and Jessica having a baby. He said to Amit: ‘I want to but I don’t want to lose you either.’

Amit replied: ‘Have it if you want. She might not even get pregnant. We’ll deal with it when it happens.’

Mitesh: ‘Will you stand by me or not?’

Mitesh: ‘No because I’ll curse it if I lose you. What are your thoughts if she goes earlier than you think? Will you love it like your own?’

Amit: ‘Baby please, don’t. Go to sleep. I can love it, as long as there isn’t anyone else involved.’ 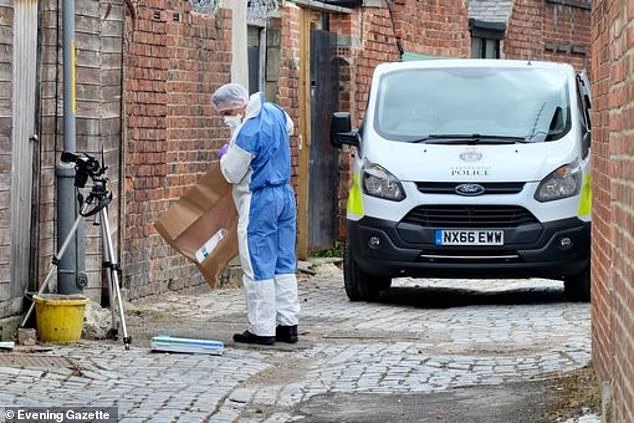 Forensics officers are pictured scouring the scene in Middlesbrough, where Mrs Patel was found dead in May 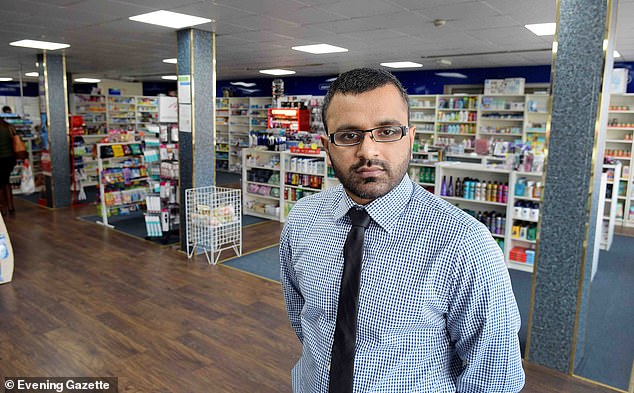 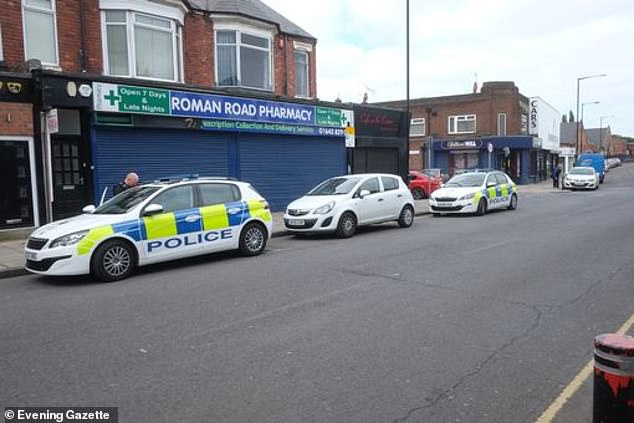 Mitesh: ‘I’ve only ever loved one person in my soul so I can’t hurt you. I love my God and I see him in you.’ A month later Mitesh Patel said his wife’s days ‘were marked’.

‘If she’s a thorn in our life, we should be in hers. If she can cause us upset, it’s only fair the same to her.

‘See you think I’m mad too. I’m telling you, her days are marked. Do you understand where I’m coming from?’ Amit replied: ‘Yes I do honey.’

The prosecution say Mitesh planned to start a new life in Australia with his ‘soulmate’.

Teesside Crown Court has heard that, after the murder of his wife, syringes containing insulin were found in the defendant’s laptop bag.

The jury was told that, two months earlier, searches were made on an iPhone belonging to Patel, and subsequently deleted but they were recovered by police.

They included the phrases ‘Can 3ml of insulin kill me’, ‘Would it be painful to die from an insulin overdose’ and ‘Can injecting a huge overdose of insulin kill a healthy person’.

Jurors have heard that Mitesh Patel was in a secret relationship with Amit Patel, a doctor who emigrated to Sydney, Australia.

Ten days before Mrs Patel’s murder, her husband sent Amit Patel an iMessage saying: ‘You know this plan. Do you think it will succeed?’

Amit Patel replied: ‘Only you know the answer.’

Mitesh Patel then wrote: ‘Do you think it’s a bad plan?’

Earlier on Thursday the court heard about searches made on his computer, including ‘men have sex with prison’ and ‘Hindu funeral’.

Mrs Patel was found dead at the couple’s Linthorpe home in May. Mitesh Patel denies murder. The trial continues.