A mother-of-nine who ran off with a Gambian man she met online has converted to Islam to marry her African lover, it has been revealed.

Heidi Hepworth, 45, who eloped with Mamadou ‘Salieu’ Jallow, 32, in November last year, leaving behind her husband and nine children, is now planning her dream wedding in a mosque in the Gambia.

Ms Hepworth told the Sun that the majority Muslim nation is a ‘a happier and more caring place than Britain’ as she prepares to wed her new beau, despite a torrent of criticism.

Former husband of 23 years Andy Hepworth hit out at his ex-wife in February this year claiming that she had been ‘brainwashed’ and calling her a ‘buffoon’. 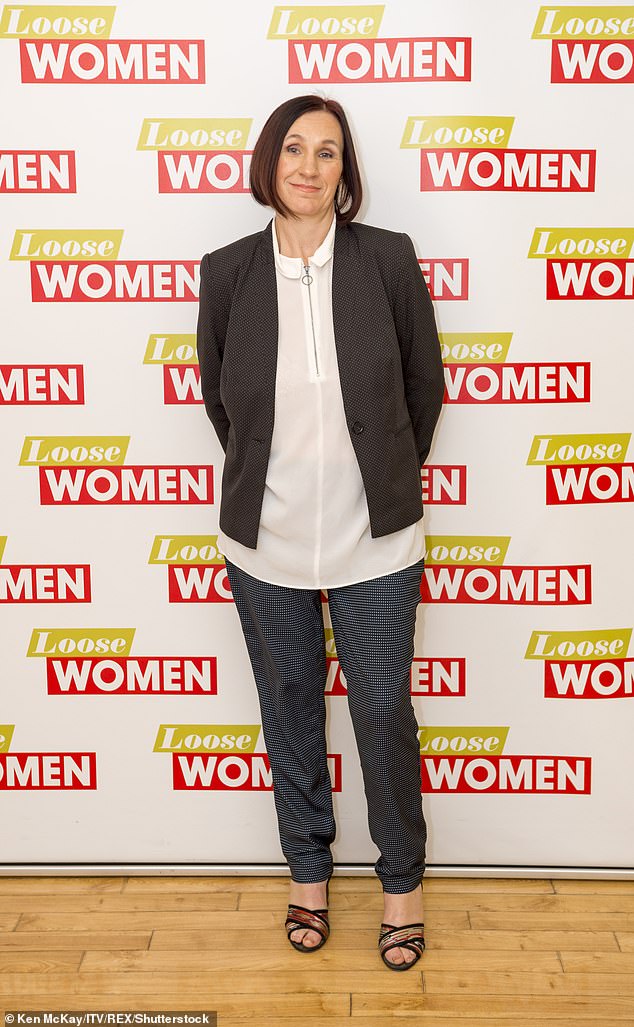 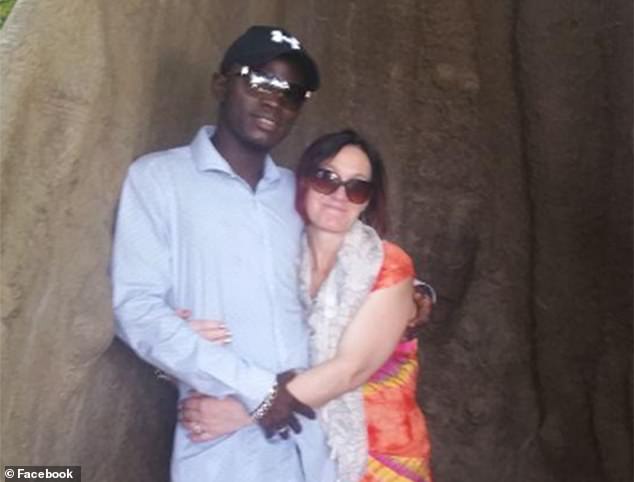 Heidi Hepworth, 44, pictured with 30-year-old Mamadou Jallow, who she met on Facebook

But Ms Hepworth, who now wears a hijab and prays every day in the mosque, says she has ‘never been happier’.

‘No-one imagined this would last but we love each other and are making plans to marry,’ she said.

She also revealed she popped the question to Jallow and plans to move to the Gambia full time after they are wed next year, and once her divorce is finalised.

During her appearance on the show, she was asked: ‘Do you believe this is true love?’ and replied: ‘Yeah, I’ve got his photograph on me bank card.’

Mrs Hepworth told the ITV programme: ‘I’ve got three children that were under 16. The holiday was planned for three months. They’re all 28 to six.

‘There were only three of them left behind who I would have loved to take. They were left with my older daughter, she’s 28. I went for a month. They went to school from home and stayed in their own home. It was planned for months.’ 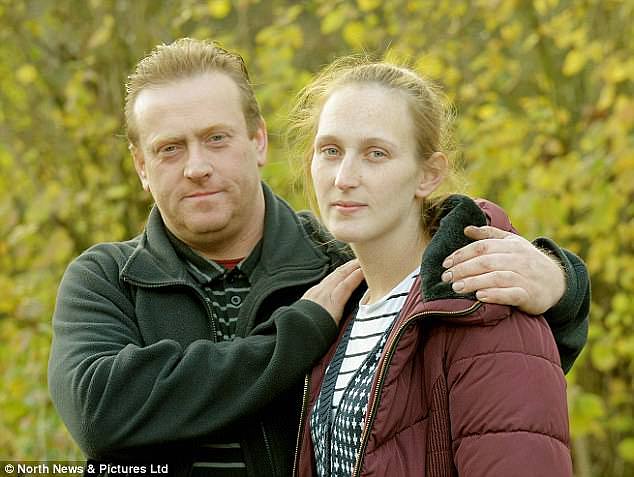 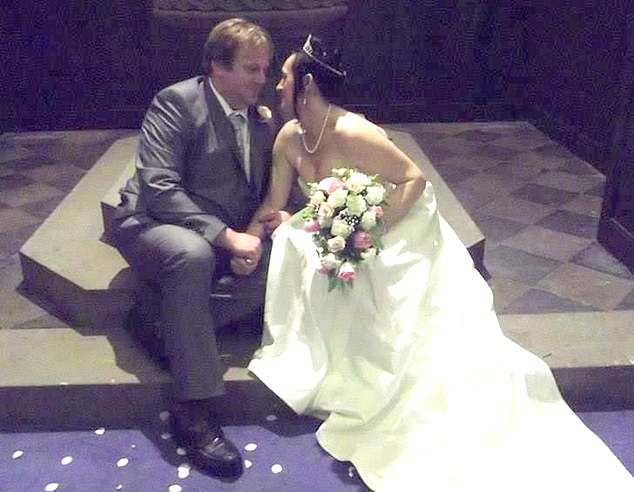 She said her former partner knew she was going to meet Mr Jallow and drove her to the airport and put her on a plane, telling her: ‘Just be careful, be safe’.

Mrs Hepworth added: ‘We fell in love. I met him on Facebook. Salieu contacted me out of the blue. We got talking, just chit chat. Just a friend request.

‘We just chatted for three or four months. My marriage was over. The marriage had many, many turns in the road as it went down that straight, as marriages do, you separate. It went stale.’

But after her TV appearance her ex-husband Andy said claimed she was being scammed by Jallow.

He said: ‘It’s become a joke now, she’s an idiot and has apparently got his name on her backside – she’s in cloud cuckoo land, that’s where she’s at.

‘The last time she went away I mopped her mess up and she’s bringing it up again. 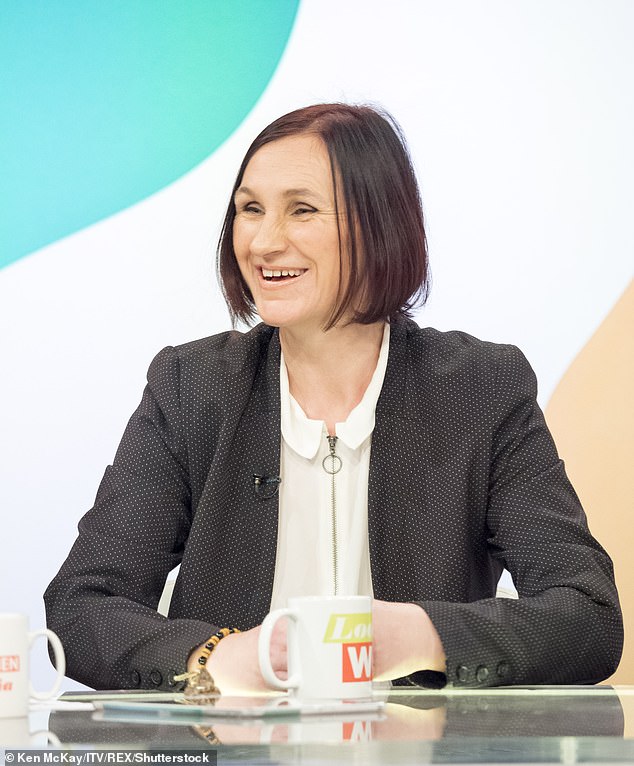 ‘She’s wanting money to get over there again. I think that’s why she’s on the telly, it’s the money.’

Mr Hepworth claimed that despite his wife’s denials her lover was with her for the money he had found evidence she had given him cash.

‘We found a receipt from moneygram where she’s sent him money from. It was in her bag, it was £65 in one week. That was when she was still with me. She must have started hiding them after that.

‘She’s in denial over everything. Everyone knows the truth.’

Mr Hepworth also claimed he had been contacted by other people who claim to have been fleeced by the toy boy.

‘People have contacted us saying he’s fleeced other women. Four different people, we know he’s already fleeced, contacted us over it.’

Mrs Hepworth, who flew out to be with him in Banjul despite never going abroad before, defended the relationship when questioned on Loose Women today. 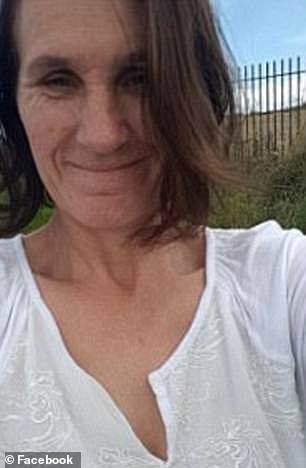 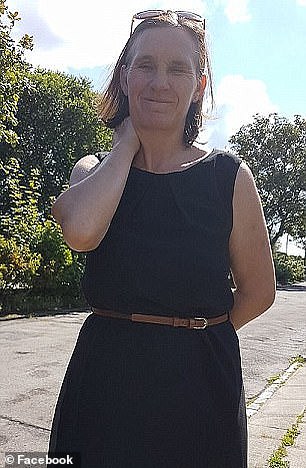