A gunman who killed two women at a Florida yoga studio and wounded five other people before taking his own life had previously been accused of harassing young women, police said on Saturday.

Authorities said they do not know why Scott Beierle, 40, opened fire on Friday afternoon after posing as a customer to join the class at the Hot Yoga studio in Tallahassee. Detectives are searching for links between him and the victims.

The bloodshed prompted the city’s mayor, Andrew Gillum, who is also Florida’s Democratic candidate for governor, to halt his campaign temporarily and return to Tallahassee.

The two women who died were identified as a student and a faculty member from Florida State University.

Police said Beierle was a graduate of FSU who served in the military, and that he had been the subject of calls to authorities in the Tallahassee area “related to harassment of young women.”

In a statement, police said Beierle was staying in a local hotel at the time of the attack, and that investigators were also searching his home in Deltona, Fla., more than 322 kilometres southeast of Tallahassee. 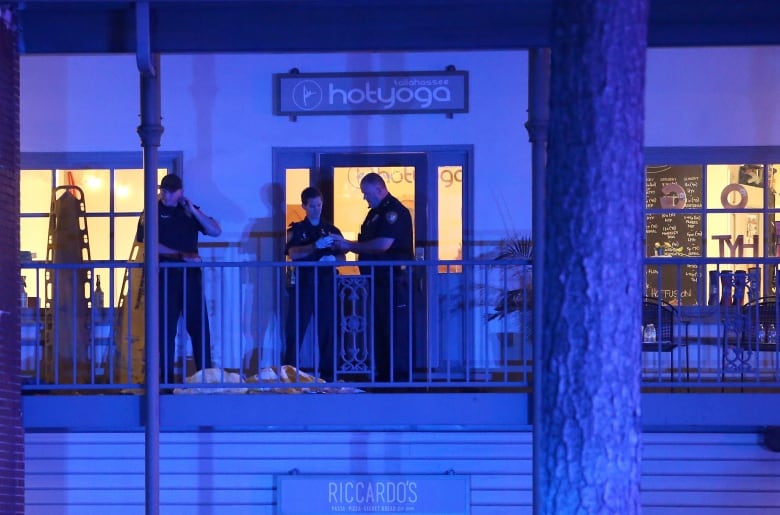 Police investigators work the scene of a shooting on Friday at a yoga studio in Tallahassee, Fla. (Steve Cannon/Associated Press)

Police records showed he was arrested in 2012 and 2016 on charges of grabbing women’s buttocks. Both cases were dismissed, the Tallahassee Democrat newspaper reported.

An attorney who previously represented Beierle could not be reached for comment.

Two women who were wounded in the shooting remained hospitalized in stable condition on Saturday, police said. Two other shooting victims and a man who was pistol-whipped by Beierle were treated and released.

“There were indications that several people not only fought back but tried to save other people,” Tallahassee Police Chief Michael DeLeo said at a news conference.

One of the women killed was identified as Nancy Van Vessem, 61, a doctor specializing in internal medicine who was a member of the faculty at Florida State University College of Medicine in Tallahassee.

The other was named as Maura Binkley, a 21-year-old student at FSU.

Their deaths were “just devastating to the FSU family,” said the university’s president, John Thrasher. 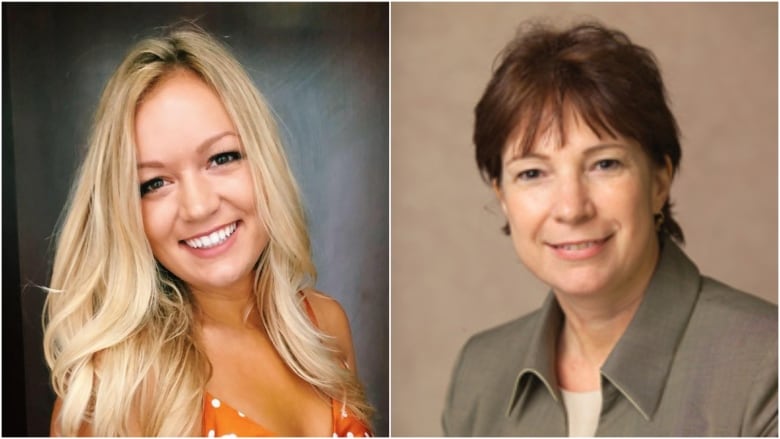 One of the women killed was identified as Nancy Van Vessem, right, a 61-year-old doctor and a member of the faculty at Florida State University College of Medicine in Tallahassee. The other was named as Maura Binkley, a 21-year-old student at FSU. (Facebook, Tallahassee Memorial Healthcare)

Van Vessem also worked as chief medical director for Capital Health Plan, which described her in a statement as a “guiding, visionary force” and “one of the most respected, inspiring, and accomplished medical professionals in the state and country.”

FSU said her research was focused on restructuring healthcare for people with multiple chronic diseases.

According to the Miami Herald newspaper, Binkley had attended Dunwoody High School in suburban Atlanta, Georgia, and was a senior at FSU with an English and German double major.

Ahead of Tuesday’s election, Tallahassee’s murder rate has been an issue in the governor’s race, with Gillum’s opponent, Republican former U.S. Representative Ron DeSantis, accusing him of being weak on crime.

Gillum said on Twitter that no act of gun violence was acceptable. DeSantis said the shooting was heartbreaking.

Dozens of yoga practitioners gathered on Saturday morning for an open-air session in front of the State Capitol. Called “Yoga For A Cause,” the event was in support of people affected by Hurricane Michael.

The Tallahassee Police Department posted a photo of the gathering on Facebook with the quote “It holds so much meaning” and the hashtags #TallyStrong and #OurCityOurHome.