Two pensioners who died when a speeding van ploughed into their car during a police chase were heading home after visiting their grandchildren.

Bob and Shirley Wigzell, both 71, were a mile from their home when a rented Ford Connect van, being driven ‘erratically and at speed’, hit their Citroen C3.

Paramedics battled to save the couple after the crash at midnight on Saturday, but they died at the scene on the 30mph road in Eltham, South East London. 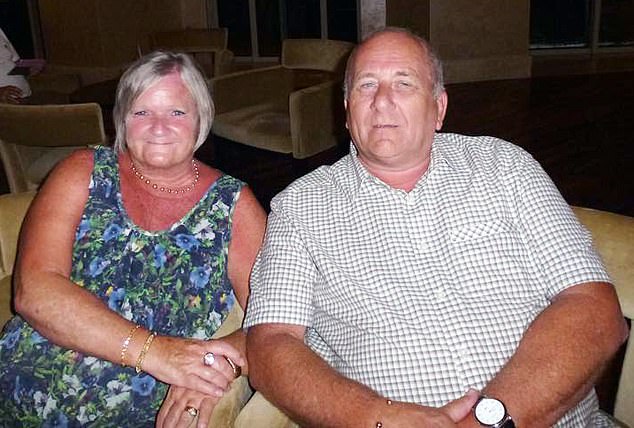 Bob and Shirley Wigzell, both 71, were a mile from their home when a rented Ford Connect van, being driven ‘erratically and at speed’, hit their Citroen C3

Bouquets from their children and grandchildren have since been laid, with their son admitting the family were facing a ‘tough time’ following their deaths.

The van had failed to stop for police, and driver Ben Ord, 41, a has been charged with two counts of causing death by dangerous driving.

Ord, a lift engineer, was today remanded in custody after appearing at Bromley Magistrates’ Court via video link from Lewisham police station.

Ord was remanded in custody to appear at the Old Bailey in London on March 25 for a pre-trial preparation hearing.

Wearing a grey jumper, he spoke only to confirm his name and address. Around 11 relatives of the couple sat in the public gallery to watch proceedings.

Clinging to each other and fighting back tears, they let out a small cheer when the hearing ended and left the court without comment.

Retired postal worker Mr Wigzell and his wife were described by their grandchildren as their ‘absolute world’.

The couple’s grief-stricken son Gary, 45, who lives a short drive from the crash scene, said last night: ‘They meant the world to us, that’s all I can say. 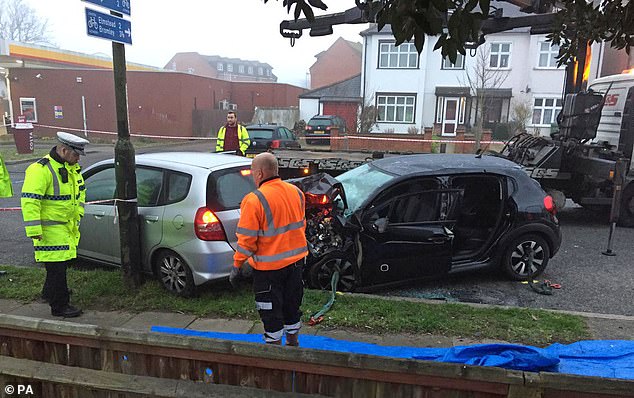 Paramedics battled to save the couple after the crash at midnight on Saturday, but they died at the scene on the road in Eltham, South East London. The scene is pictured later that day

‘They mean the world to me and my sisters, their grandchildren, their great-grandchildren. They’ve left a big void. We’re going through a tough time.’

In floral tributes left at the scene of the crash, one note from their granddaughter Danielle read: ‘Nan and gramps, I will miss you more than you’ll ever know.

‘You are both my absolute world and always will be. I am heartbroken that you were taken from us in the way you was. I will miss you for ever.’

A tribute from another of the couple’s grandchildren, sitting in a bouquet of red roses, said: ‘Nan and Grandad, I can’t believe someone’s taken you both from us all.

‘I am heartbroken. You both were the best grandparents I could have asked for. I will love you and miss you forever.’

A gut-wrenching note was also left by a Good Samaritan who seems to have tried to help them after the crash. It said: ‘I’m so sorry. I tried to help, but it was too late.’

Mrs Wigzell’s cousin Henry Wootten, 82, said: ‘She was a lovely, terrific person. She loved her family. They’d been to visit their grandchildren before it happened.’ 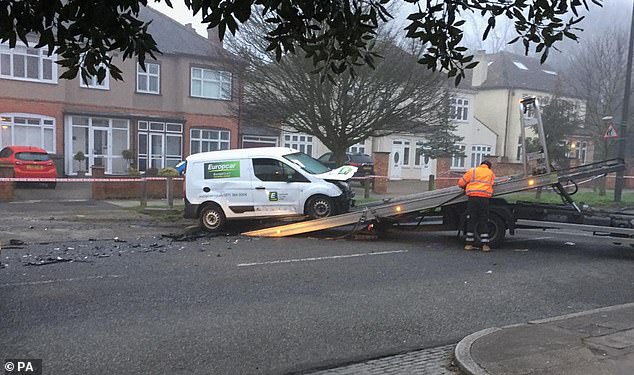 Neighbour Mahmut Hassan, 57, was woken by a neighbour after the couple’s car crashed into his Honda.

The engineer said: ‘My neighbour came and told me that there had been a crash. The front windscreen of the car was smashed and the airbags had gone off.

‘There was a lot of people around the car but I could see the lady who was in the passenger seat had a walking stick.

‘The ambulance people and police were doing all they could to try and save them. They worked on the man for at least half an hour giving him CPR.’

Ord was also taken to hospital after the crash. The Independent Office for Police Conduct (IOPC) is investigating the incident.

Deputy Commissioner Steve House said: ‘While this collision and the circumstances surrounding it will be investigated, I, on behalf of the Metropolitan Police service, extend sincere condolences to the family and friends of the two people who died as a result of this incident. Our thoughts are with them at this time.’