Two bills to end the partial government shutdown in the United States — one put forward by the Republicans and one previously passed by the Democratic-majority House of Representatives — both failed this afternoon in votes in the Senate.

In an embarrassment to U.S. President Donald Trump that could weaken his position in negotiations, the Democratic proposal got two votes more than the Republican plan in the Republican-dominated Senate. There were six Republican defectors, including freshman Senator Mitt Romney, who’s clashed periodically with the president.

Each bill needed 60 votes to pass. The Republican bill got 50 votes in favour, which was initially read out as 51, and 47 against. The Democrats’ plan received 52 in favour, 44 against.

Flustered lawmakers said the results could be a reality check that would spur the start of talks. Throughout the shutdown the two sides have issued mutually exclusive demands that have blocked negotiations from even starting: Trump has refused to reopen government until Congress gives him the wall money, and congressional Democrats have rejected bargaining until he reopens government.

Senator John Thune of South Dakota, the No. 2 Senate Republican leader, said Thursday’s votes could “teach us that the leaders are going to have to get together and figure out how to resolve this.” He added, “One way or another we’ve got to get out of this. This is no win for anybody.”

Shortly after the votes, White House Press Secretary Sarah Sanders put out a statement saying Trump will not sign any short-term funding bill that does not include “a large down payment” on the wall. 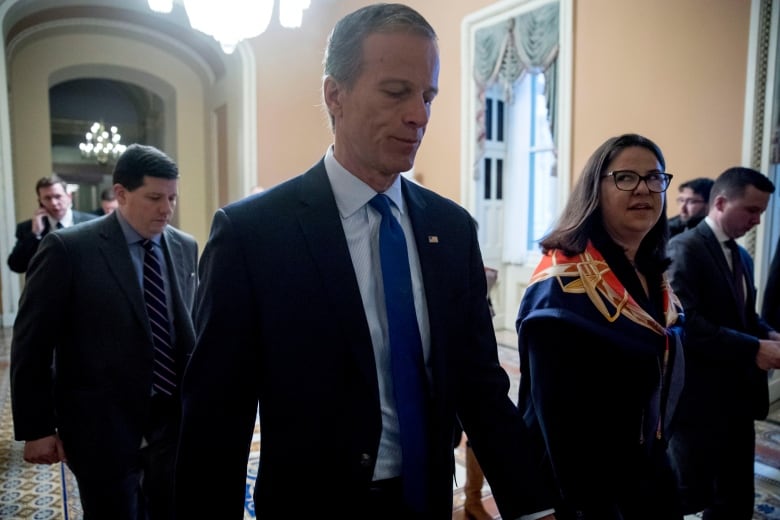 Republican Sen. John Thune said, ‘One way or another we’ve got to get out of this. This is no win for anybody.’ (Andrew Harnik/Associated Press)

He did not say what “reasonable” would include.

U.S. House of Representatives Speaker Nancy Pelosi, a Democrat, told MSNBC that she does not consider a down payment a reasonable arrangement. 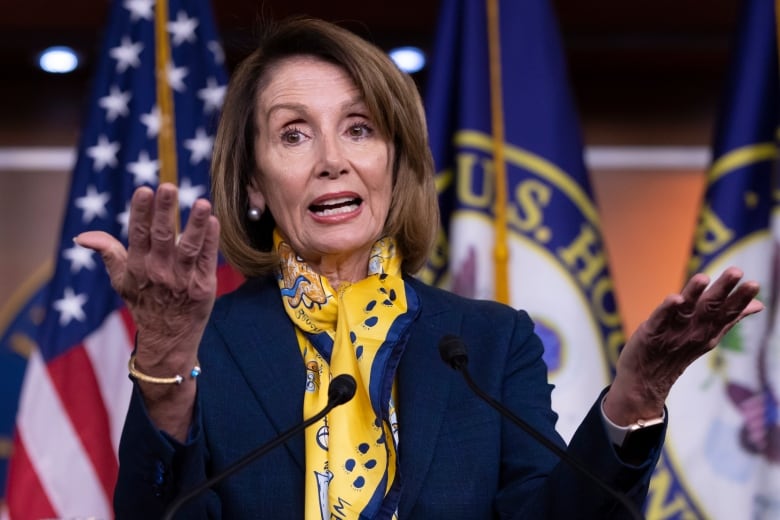 Speaker of the House Nancy Pelosi said Thursday she was willing to meet with President Trump to discuss the issue. (J. Scott Applewhite/Associated Press)

In the hours before the vote, signs emerged that lawmakers might consider new ideas for ending the 34-day shutdown.

Pelosi told reporters she was willing to meet with the Republican president to discuss the issue.

Her comment came one day after she announced that Trump’s State of the Union speech in the House chamber, scheduled for Tuesday, would not occur until the shutdown ended, despite the president’s plans to come. Trump, who considered giving the speech at another venue, conceded late on Wednesday and said he would deliver the speech in the House in the “near future.”

In consultation with their Senate counterparts, House Democrats were preparing a new border security package they planned to roll out Friday. Despite their pledge to not negotiate until agencies reopened, their forthcoming proposal was widely seen as a counteroffer to Trump. Pelosi expressed “some optimism that things could break loose pretty soon.”

Trump wants $5.7 billion US for the border barrier, opposed by Democrats, as part of any legislation to fund about a quarter of the federal government. The Democratic package was expected to include $5.7 billion, but targeted for fencing, technology, personnel and other measures. 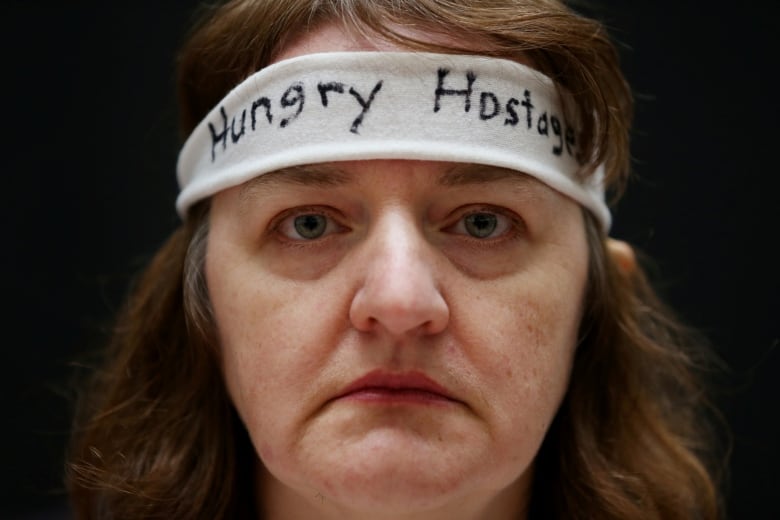 Laura Atwood, whose husband is depending on federal grant funding that will run out in February, poses for a portrait prior to a protest Wednesday of the partial U.S government shutdown. (Leah Millis/Reuters)

The longest such shutdown in U.S. history has left 800,000 federal workers, as well as private contractors, without pay and struggling to make ends meet, with the effects on government services and the economy reverberating nationwide.

U.S. Commerce Secretary Wilbur Ross on Thursday urged furloughed federal workers to seek loans to pay their bills while adding in a CNBC interview that he couldn’t understand why they were having trouble getting by.

“Is this the ‘Let them eat cake’ kind of attitude? Or ‘Call your father for money’? Or ‘This is character building for you’?” Pelosi asked at a news conference.

She said she did not understand why Ross would make the comment “as hundreds of thousands of men and women are about to miss a second paycheque tomorrow.”

Trump responded to Pelosi in a tweet, without mentioning Ross.

Nancy just said she “just doesn’t understand why?” Very simply, without a Wall it all doesn’t work. Our Country has a chance to greatly reduce Crime, Human Trafficking, Gangs and Drugs. Should have been done for decades. We will not Cave!

A Reuters/Ipsos poll last week found more than half of Americans blamed Trump for the shutdown even as he has sought to shift blame to Democrats after saying last month he would be “proud” to close the government for border security.