This is the dramatic moment more than 50 firefighters battled a huge blaze at an idyllic thatched holiday cottage.

Peony Cottage, in the picturesque village of Affpuddle, Dorset, caught alight at around 7.20pm last night.

Two families, thought to be on holiday from America, were inside the historic five-bed property and didn’t realise the blaze had broken out in the roof.

But the flames were spotted by a passing motorist who sounded his horn to try and alert the occupants.

When he got no response he stopped, got out and banged on the windows of the Grade II listed cottage. 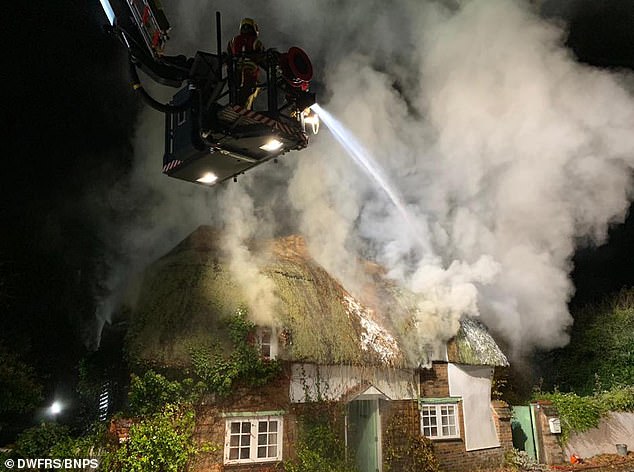 More than 50 firefighters battled a huge blaze at Peony Cottage, pictured, in the picturesque village of Affpuddle, Dorset, last night 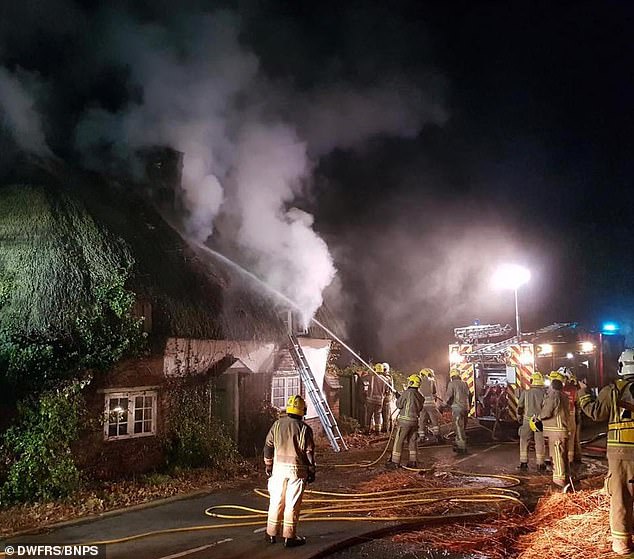 The four adults and two children escaped the fire safe and well.

The exact cause of the blaze is not yet known but smoke could be seen billowing from the £830-a-week cottage’s thatched roof for miles around.

Around 20 fire crews from across Dorset were called to the scene with 50 officers battling through the night to bring the flames under control.

At the height of the blaze there were a total of nine water pumps at the scene alongside an aerial ladder platform, a water carrier and a command support vehicle in attendance.

Firefighters remain at the detached house this morning and are damping the area down. 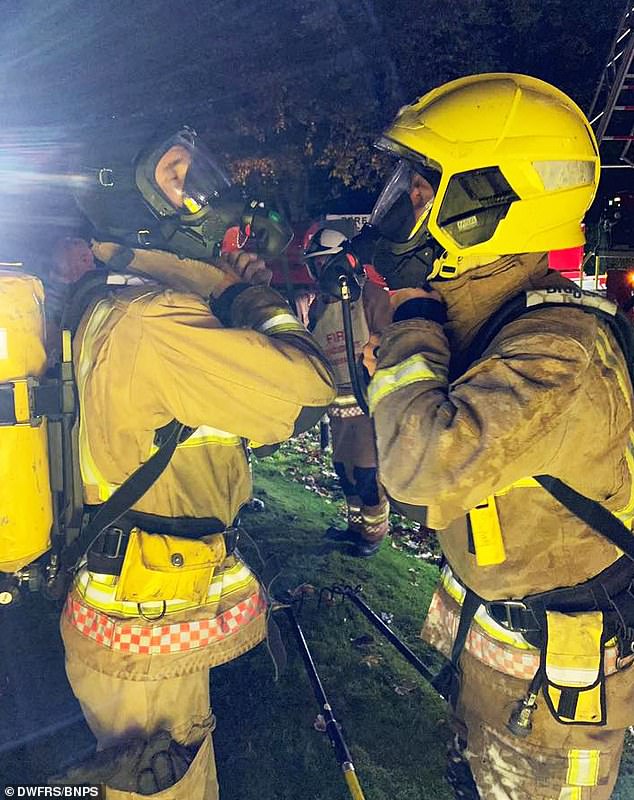 Around 20 fire crews, pictured, from across Dorset were called to the scene with 50 officers battling through the night to bring the flames under control 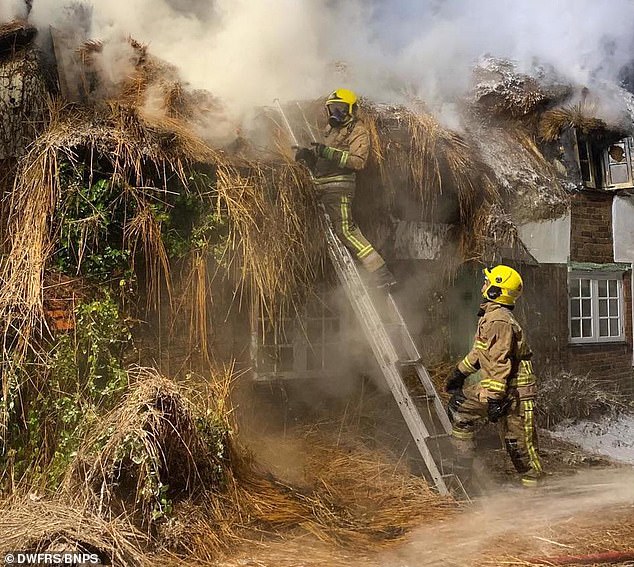 The families holidaying in the cottage, pictured during the blaze, were alerted to the flames by a passing motorist

A spokesman for Dorset and Wiltshire Fire and Rescue Service said: ‘We immediately mobilised two fire engines and an aerial ladder platform.

‘The first crew then requested the attendance of three more fire engines due to to the thatch on the property being alight.

‘These were sent from Dorchester, Blandford and Poole.

‘A water carrier was also requested shortly after which was sent from Poole.

‘At the height of the blaze, we had a total of nine pumping appliances, an Ariel ladder platform, a water carrier and a command support vehicle in attendance.

‘The fire was brought under control after several hours of work and we remain at the scene this morning damping the area down.’

Police also attended the cottage and closed closing a nearby road before telling locals to avoid the area. 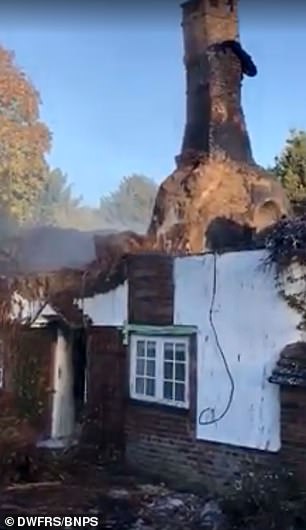 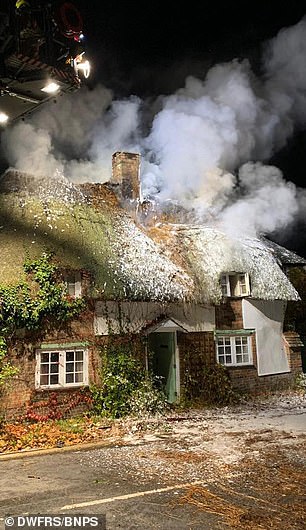 The house has been badly damaged, pictured left today, after the blaze, pictured right