Rivalries and beefs are a longstanding tradition in hip hop, from b-boys and b-girls battling it out in dance to rappers trading lyrical barbs, live or via diss tracks. But fans taking an artistic battle from a performance space into the real world is rare and surprising, according to hip-hop writer A. Harmony.

But a full-on brawl ensued at a Pusha T concert in Toronto on Tuesday, after some audience members apparently tossed drinks onstage at the American rapper — who has been embroiled in an on-again, off-again beef with hometown favourite Drake — mid-performance. Briefly retaking the stage, the Virginia rapper seemed to accuse Drake of being behind the slight. The concert was closed down shortly after. Later, a concertgoer turned up at a nearby hospital with stab wounds, according to police.

The drinks being tossed might have been something “between concertgoers that got out of hand,” said Harmony. It might also have been the result of fans “who decided to take this form of entertainment and turn it into something it wasn’t.”

In recent years, there has been a noticeable rise in young music fans lashing out at rivals for perceived slights to their idols, whether its Beliebers rallying behind Justin Bieber or the BeyHive lashing out in support of Beyoncé.

“We have seen instances of super fans kind of crossing the line,” Harmony noted, citing an instance this July when Nicki Minaj fans waged a brutal campaign against a Canadian freelance writer who offered a negative critique of the rapper’s music.

Today’s fans aren’t like those of previous generations. They feel a different, closer connection to their idols thanks to social media — and that goes for rap aficionados as well, according to Emmanuel Tabi, a hip-hop fan and University of Toronto PhD candidate examining cultural production and its intersection with education and activism.

The result? Fans become “a lot more more invested in the performances and in these individuals.”

Friday Ricky Dred, co-host and founder of the We Love Hip Hop podcast, also believes the beer-tossing incident that set off Tuesday night’s melee was the work of “an overzealous fan” of Drake’s.

“There’s a lot of fans who just take things too seriously. We’re in an internet age where people are always looking for moments,” he said, suggesting the perpetrators were perhaps seeking notoriety online at a time “where everything is recorded in real-time.” 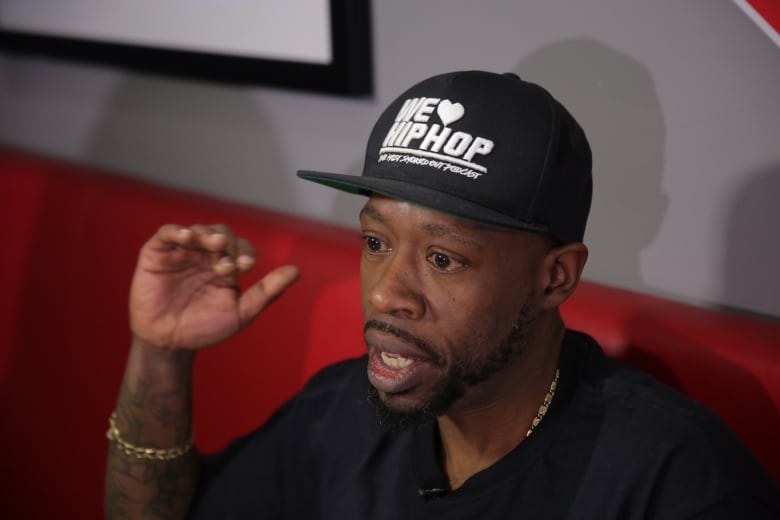 Friday Ricky Dred, co-host and founder of the We Love Hip Hop podcast, is worried whether the actions of a few reckless fans could end up hurting the greater community. (Turgut Yeter/CBC)

What concerns him, however, is if the actions of a few reckless individuals ends up hurting the hip-hop community in a wider way — for instance sparking a chill on upcoming rap performances and events.

“It’s another brawl. Brawls happen at concerts and bars all the time,” Friday noted. “I just don’t want it to paint a bad light on hip hop where it makes it harder for even a local artist to be able to book shows.

“[Drake’s] a huge artist. He has no problem booking shows. But for me, the artists who are out here — who are independent, who are trying to make it — they need performances as well.” 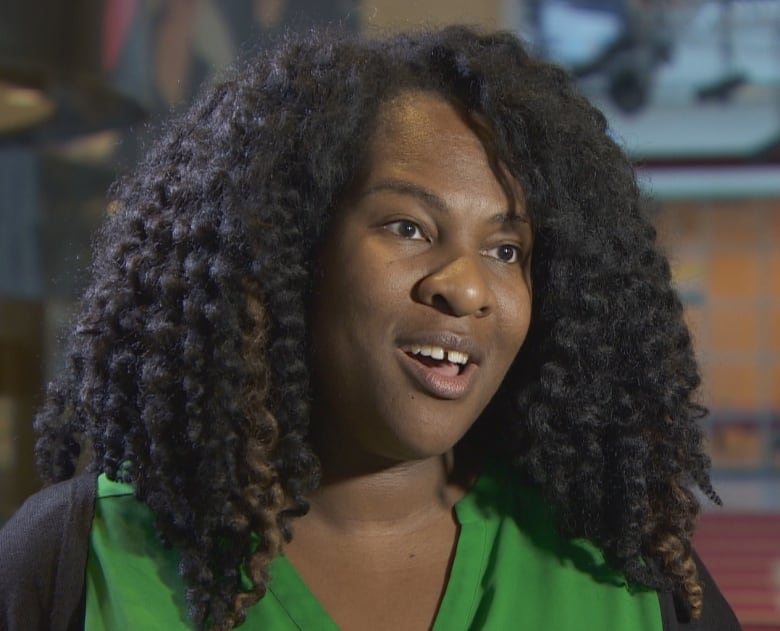 The bottom line is that rappers are entertainers — something audiences need to keep in mind, according to Harmony.

“[Fans] shouldn’t ever blur the line between entertainment and real life,” she said.

“I think we are at a point where people realize that it’s not worth it to take this art form and this form of sport outside of the studio… We have to remember to separate the art and these unfortunate real incidents of violence.”