His story has all the makings of a Hollywood crime blockbuster.

A real-life classic featuring a jailed Scotland Yard chief who reinvents himself as a ‘highly successful international entrepreneur’.

The shamed police chief’s wife Shaham posted a picture online of the couple dining with Gibson and his girlfriend Rosalind Ross, 28. 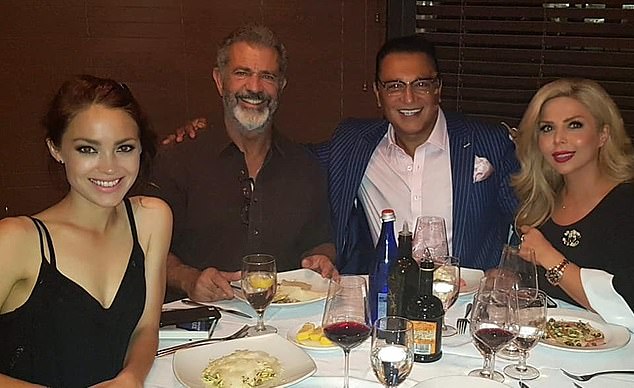 ‘Good friends’: Ali Dizaei put his arms round Mel Gibson as he and wife Shaham dine with the star and his girlfriend Rosalind

Mrs Dizaei, 43, gushed: ‘Unforgettable night with a very good friend of my husband a Legend, a Superstar, Oscar winner actor, an Award winning Director and a Hollywood mogul. No-one will ever forget Mad Max, Braveheart, Lethal Weapon, Passion of Christ and many more. It was also a pleasure to meet beautiful Rose.

‘Thank u for the dinner invite looking forward to seeing u both in London soon and…to seeing next Block busting movie u are working on now. The world knows it will be another great film.’

Dizaei’s extraordinary transformation from crooked policeman to international jet-setter has seen him live in a £5million house in Surrey and drive a £250,000 Rolls-Royce convertible – which he upgraded last weekend to a £400,000 Rolls-Royce coupe.

Iranian-born Dizaei’s apparent friendship with controversial Gibson will raise eyebrows among former police colleagues. A drunken Gibson stunned Hollywood in 2006 after he made anti-Semitic comments to police who arrested him for drink-driving. 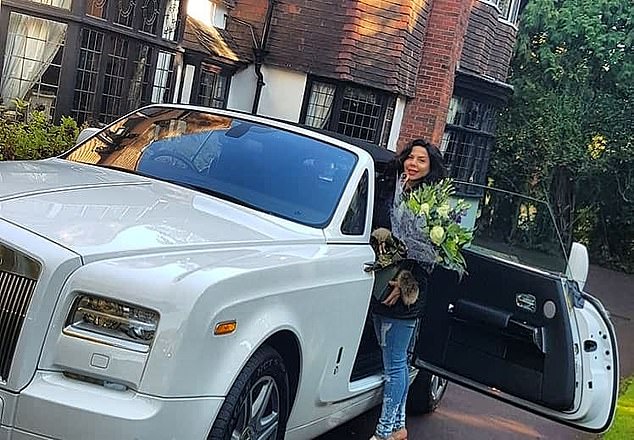 Ali Dizaei’s extraordinary transformation from crooked policeman to international jet-setter has seen him live in a £5million house in Surrey and drive a £250,000 Rolls-Royce convertible – which he upgraded last weekend to a £400,000 Rolls-Royce coupe (pictured with Mrs Dizaei last week)

‘F***ing Jews. The Jews are responsible for all the wars in the world,’ he said. He later issued a grovelling apology, blaming the outburst on alcoholism.

In 2010, during a recorded phone call between Gibson and then-girlfriend Oksana Grigorieva, he allegedly said: ‘You’re an embarrassment to me. You look like a f***ing pig on heat, and if you get raped by a pack of n*****s, it will be your fault.’ He later pleaded no contest to battering her.

Yet two years ago, he made an astonishing comeback with his critically-acclaimed movie Hacksaw Ridge, claiming it was ‘really unfair’ that people still focus on his previous shameful behaviour. Just how he met Dizaei – an outspoken critic of racism as former president of the National Black Police Association – is unclear. 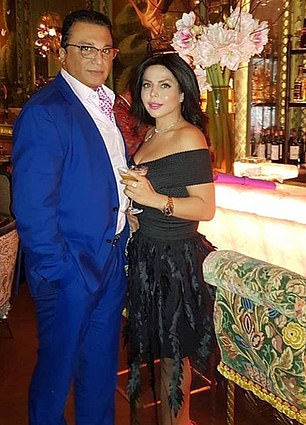 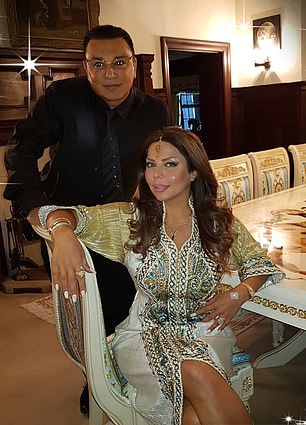 Mrs Dizaei, 43, (pictured left and right with her husband) posted on social media: ‘Unforgettable night with a very good friend of my husband a Legend, a Superstar, Oscar winner actor, an Award winning Director and a Hollywood mogul’

But the picture of them beaming together at a Hollywood restaurant suggests a warm friendship.

Earlier this year, Dizaei was pictured in the back of a Rolls-Royce with F1 boss Bernie Ecclestone’s former son-in-law James Stunt, 36, whose godfather Terry Adams has been dubbed the head of Britain’s most notorious crime family.

Dizaei was previously branded a ‘criminal in uniform’ and was jailed for four years in 2010 for perverting justice and misconduct.

In 2015, a court heard that Dizaei had ‘considerable debts’ and had been unable to find work. He has since claimed to have a portfolio of business interests including a security firm and an import-export company specialising in Iran.