Police today forced their way into the home of missing Sarah Wellgreen three weeks after she disappeared.

Detectives fear the mother of five, from the village of New Ash Green in Kent, has been murdered after her family reported her missing on October 11.

A team of officers burst into her home this morning after investigators received new information related to the case.

Sarah lived at the property with her former partner Ben Lacomba, 38, who was previously questioned by police and is now on bail.

Mr Lacomba was seeing leaving the property a few hours after police moved in to begin their search. 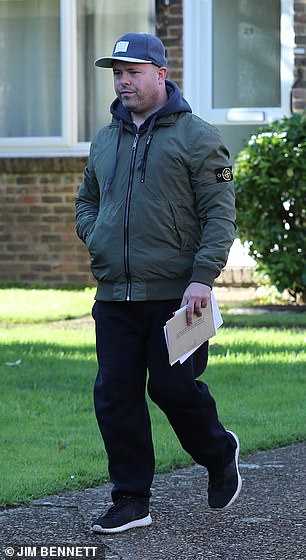 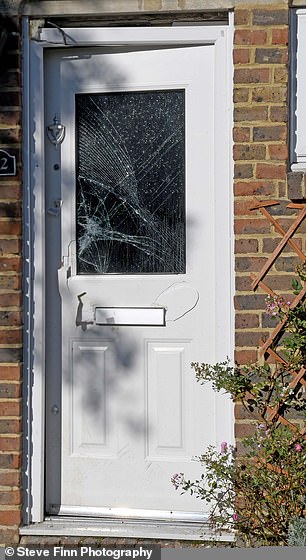 Ben Lacomba was seen leaving the house he shared with ex-partner Sarah Wellgreen. Police with sniffer dogs forced entry to the missing mother’s house this morning 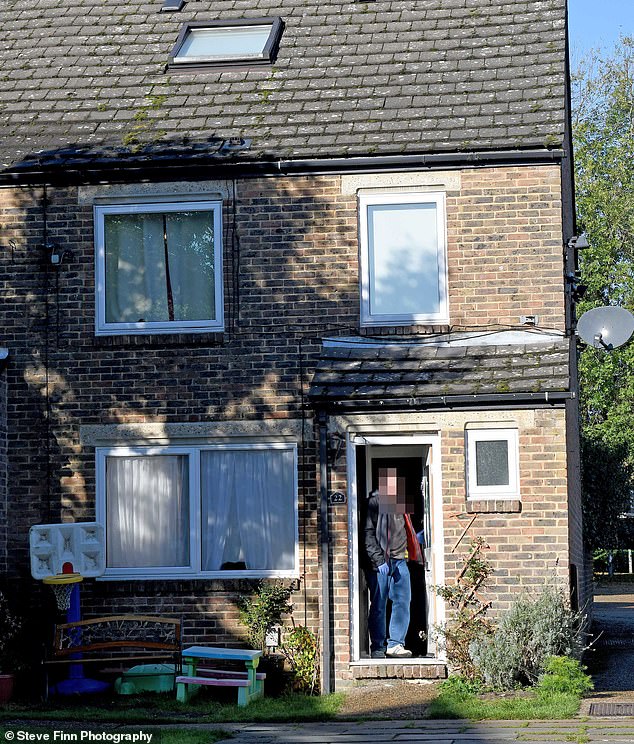 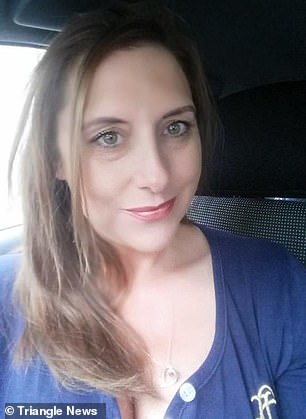 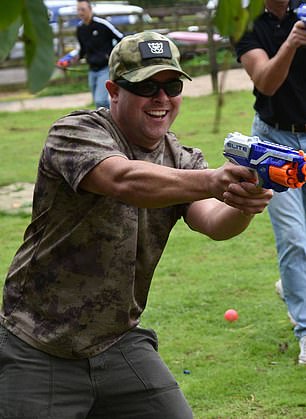 Sarah has missed one of her children’s birthdays and has not used her bank cards, police said. She lived at the property with her former partner Ben Lacomba (right)

A neighbour, who asked not to be named, said: ‘I saw about six officers breaking into the house. I knew it must be something to do with the search.

‘They just got out the van and went straight to the house – it was obvious what they were doing as they were going straight there.’

It is understood another house in New Ash Green is also being searched as part of the ongoing investigation.

Investigating Officer Detective Inspector Chris Greenstreet said: ‘Officers are continuing to search a number of areas in north and west Kent in connection with identified lines of enquiry.

‘Following information received by the investigation team, a further search of a property in New Ash Green is being carried out on the morning of November 2, 2018.’

Friends have said Mrs Wellgreen lived with her former partner, Mr Lacomba, with whom she had children, but was dating another man, Neil James. 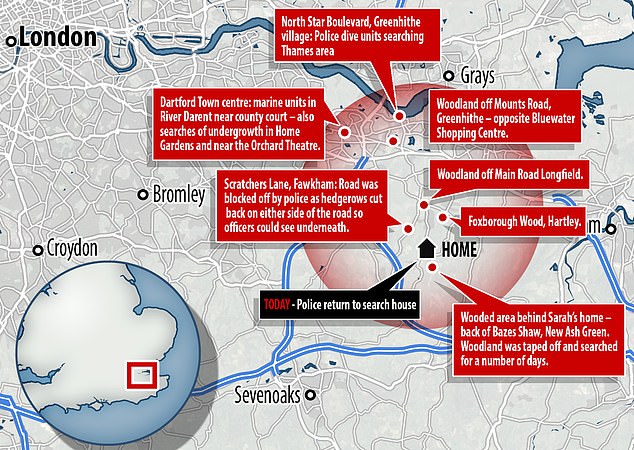 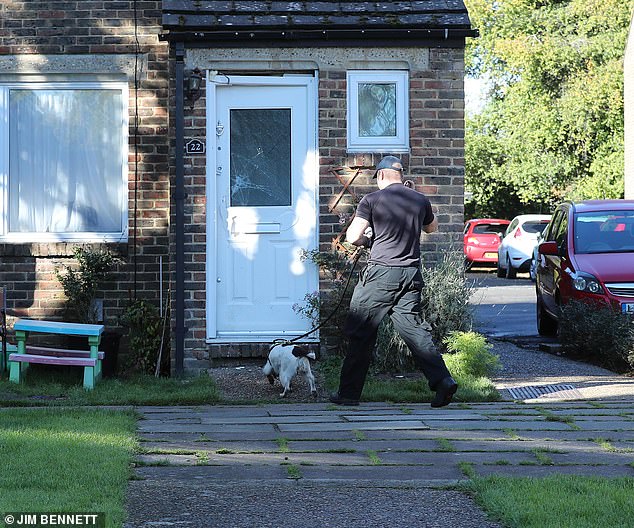 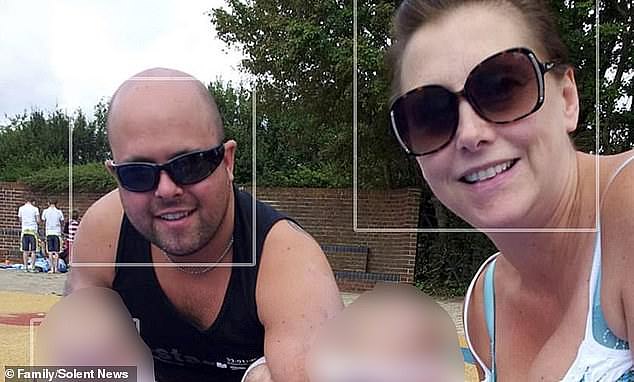 The former couple lived at the house together but were no longer in a relationship, friends said

Earlier this week, Ms Wellgreen’s boyfriend, Neil James, wrote of his pain on Facebook and posted two new pictures of the pair of them together.

He wrote: ‘It’s exactly three weeks since we spoke to Sarah Jane Wellgreen. All of us thank everyone that’s doing their best to search for Sarah and especially all of you in the ‘Searching for Sarah Wellgreen’ Facebook page, volunteers and Kent Police.

‘Please help and share with everyone so we get her home.’

A number of police vehicles were seen on the bank of the river as well as a blue tent, but that is understood to be for sheltering purposes only.

Andrew Jones, 54, who lives near the river, said: ‘It’s really sad to see. They’ve been working there all day scouring by the side of the river and looking for anything they can find.

‘A lot of people have been talking about the search. I know officers were near Bluewater Shopping Centre the other day as well. It’s really concerning.’ 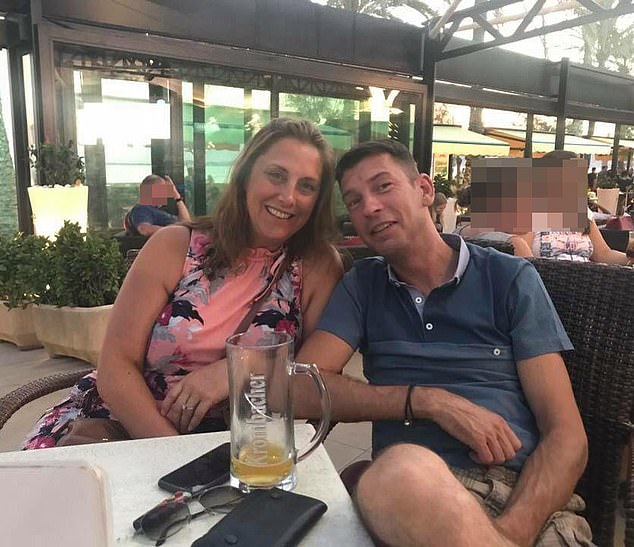 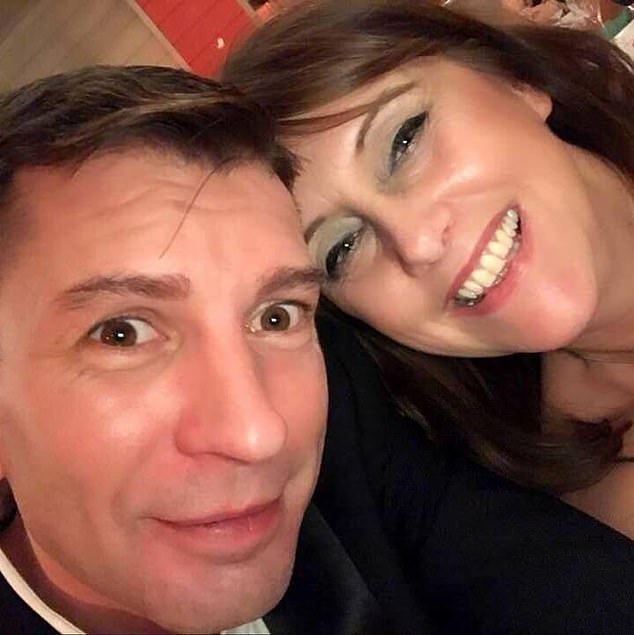 He thanked everyone helping to search for the mother, who went missing on October 9

On Tuesday, dozens of police officers searched an area opposite Bluewater Shopping Centre near Ebbsfleet in their ongoing search.

Nine police vans were parked on streets opposite an area of woodland which was being searched.

Uniformed officers with rakes were trawling the area which was cordoned off by police as the search for the mum-of-five intensified into a new area.

Targeted searches are also being carried out at other undisclosed locations.

The mother-of-five has not been in contact with any of her family or friends since she vanished.

Her black iPhone 4 is still missing and has been untraceable. It has not been used since she vanished, nor have any of her bank cards. 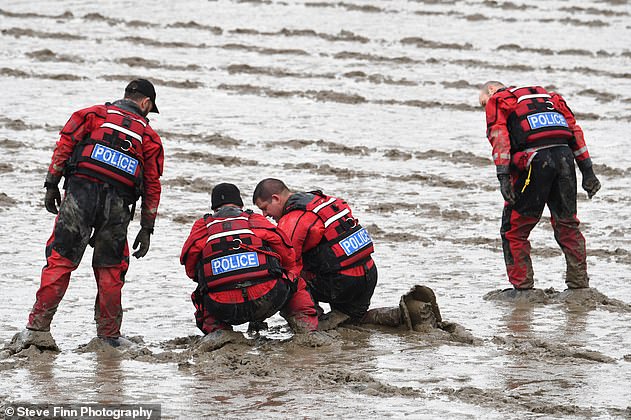 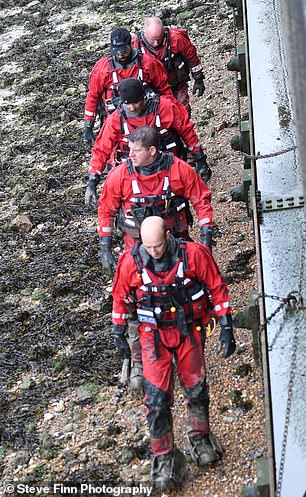 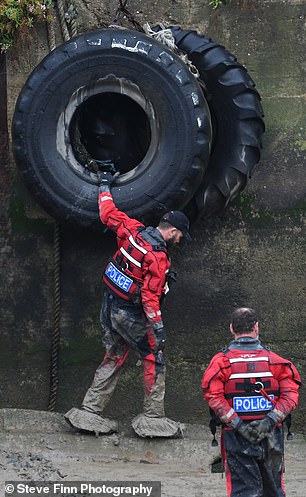 Police have also expanded the search away from Sarah’s home, north to the River Thames 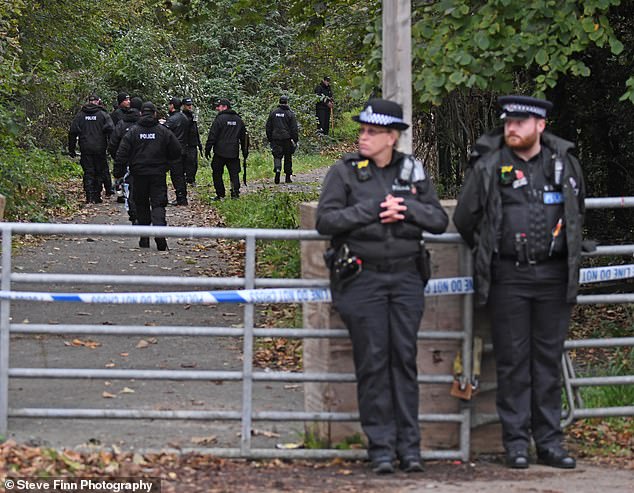 Kent Police are treating her disappearance as suspicious and a potential murder inquiry.

Searches have been carried out in wooded arears around the village and in the River Darent in Dartford town centre.

Police and family say her disappearance is out of character.

A Kent Police spokesman said: ‘Officers are continuing to search a number of areas in north and west Kent in connection with identified lines of enquiry and following information coming in to the investigation team.

‘It remains imperative that anyone with fixed CCTV or dash cam footage within a five mile radius of New Ash Green, gets in contact if they have not yet called us. The information on the footage may be crucial to the investigation.’