Commuting father-of-three, 46, builds up £2.8m property empire during his five hours a day on the train and has now given up his job to spend more time with his family and new career

A commuter who spent five hours a day on the train has built a £2.8million property empire after researching buying and selling houses on his journey to work.

Father of three Ian Pattison, 46, of Loughborough, Leicestershire, turned his life around after his work life put a strain on his marriage and he didn’t seen his children.

He would get up at 5.15am every day to to travel into London to his job as a safety advisor and return home at 9pm.

But he eventually decided to make the most of his commute to the capital by spending the hours looking into how to be a property investor. 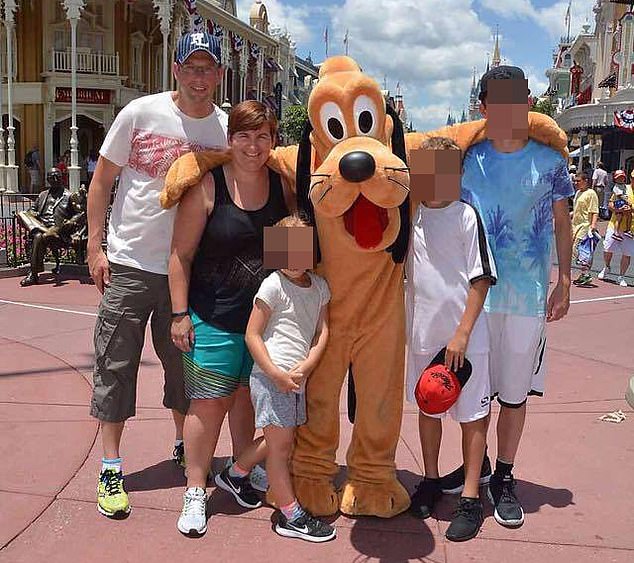 Ian Pattison (pictured with his three sons and wife Julie on a Disney holiday) said he is now able to have breakfast with the kids, go for a run during the day with his wife and go to the gym when he wants 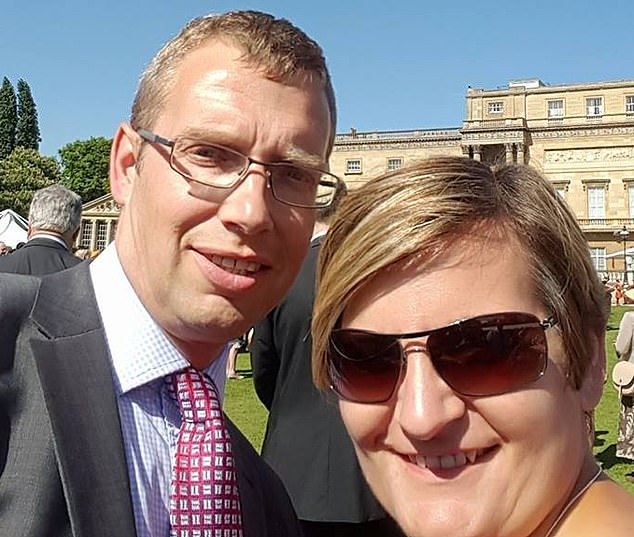 Mr Pattison (pictured with his wife Julie) was getting up at 5.15am every day and not returning home until 9pm 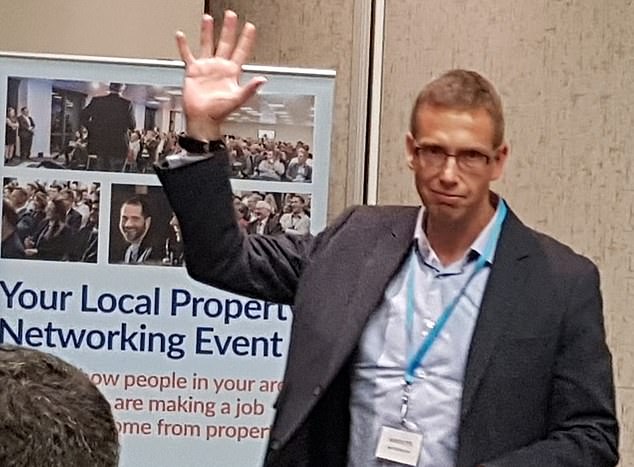 As well as listening to podcasts and reading books, Mr Pattison would also look at house deals to try and make some money.

He tried multiple ways at first, including buying properties and then immediately trying to sell them at a profit, as well as buying property ‘off-plan’.

Mr Pattison, who was also hit with the threat of redundancy and developed diabetes said: ‘I didn’t have any time and I was fed up with the long hours.

‘I’d spend the weekends just trying to recover and sleeping. 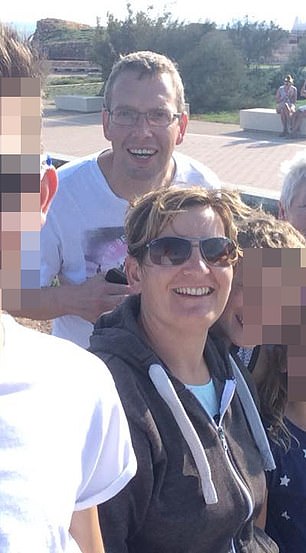 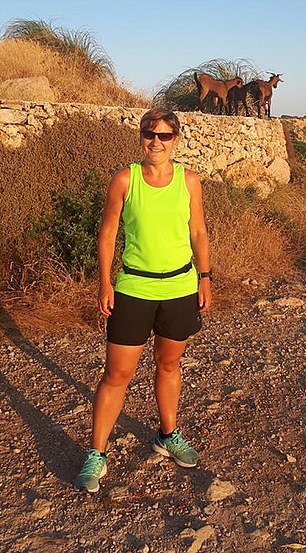 Mr Pattison and his wife Julie (left pictured together on holiday, left, and right) have both been able to give up their jobs because the business has proved so lucrative 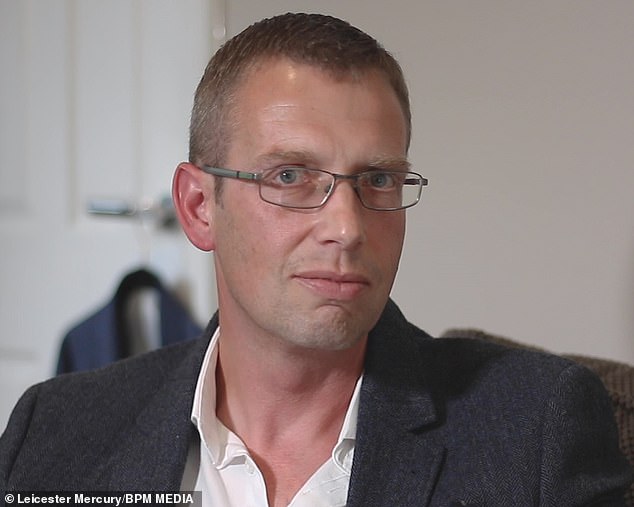 ‘When I was put at risk of redundancy, I realised my job was no safer than anyone else’s.

How did he build up a £2.8million property portfolio?

He spent the time on the train to learn the business, and looking into how he could make money from property.

He would look at house deals, buying properties off plan at first.

Mr Pattison bought three properties off plan, but because he had money tied up for too long, he looked at other ways forward.

Mr Pattison then went on a property investors course, to look at how he could get the best returns from them.

The course was run by Samuel Leeds, who runs Property Investors.

‘No matter how much you’re earning, as soon as that stops you’ve got nothing to rely on. I needed to do something different that I could rely on.’

He added: ‘No-one else has diabetes in my family, or any history of it, so it was a bit left-side. I think it was sitting down all day and not exercising that probably caused that.’

He eventually went on a property investors course, run by multi-millionaire Samuel Leeds.

It gave him all the tips he needed to make a successful career.

He now has a property portfolio of nearly £3million and he and his wife gave up their jobs because the venture has proved so lucrative.

Mr Pattison added: ‘I can now have breakfast with the kids, go for a run during the day with my wife, go to the gym when I want and go to visit my mum during the week.’

Samuel Leeds, chairman of Property Investors UK, said: ‘What Ian has achieved for himself and his family has been incredible. 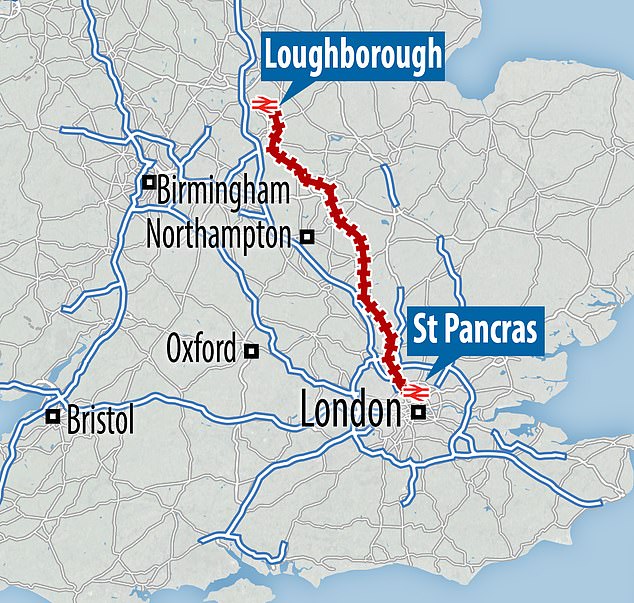 A map showing Mr Pattison’s five hour journey to and from Loughborough to London, which he made five days a week 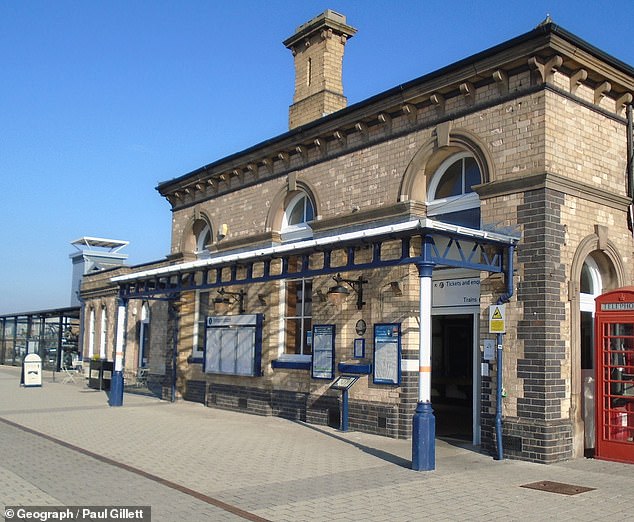 Mr Pattison would get up at 5.15am every day and travel to London from Loughborough station (pictured) 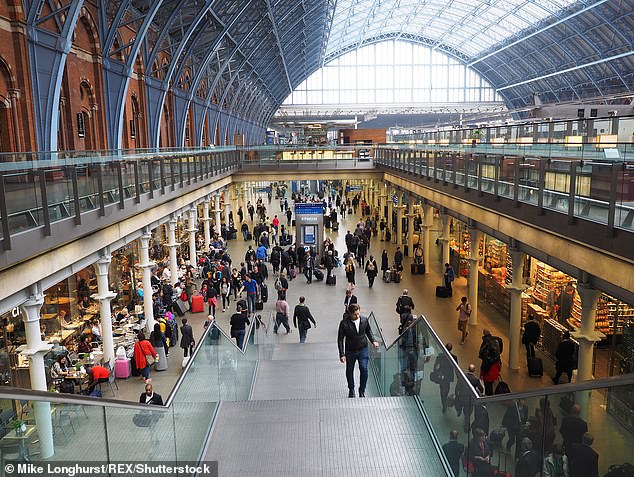 His train would arrive at London St Pancras (pictured). He would make his way home in the evening and not return until about 9pm

‘Out of the thousands of students who have attended the Property Investors Crash Course, Ian stood out as one who would go particularly far.

‘He picked up the investment strategies very quickly and was highly motivated to gain a better life.’