Twice a year, most Canadians change the time of their clocks by an hour.

We know that the time shift helps us make the most of light in the morning and evening, and how it can temporarily upset our sleep schedules.

But why do we do it?

The idea was first proposed by Benjamin Franklin in the 1770s, but wasn’t implemented until around 1915. Germany was the first country to use it, then Britain. It was adopted more widely during the First World War, which is when Canada started using daylight time.

Reducing energy consumption and making the best use of daylight hours were the main reasons daylight time was used.

There have been changes to the dates when clocks would change over the years, most recently in 2007, when legislation in the United States moved the start of daylight time three weeks earlier in the spring and the return to standard time a week later in the fall.

The change was aimed at trying to help save energy. Canada followed the move in the U.S. so the time zones would remain aligned. That means clocks now:

Only in some parts of Canada

Most of Saskatchewan has not observed daylight time since 1966, staying on central standard time all year round. Some border towns follow the time schemes of their neighbours in Manitoba or Alberta.

Areas of Quebec east of 63 degrees west longitude do not change to daylight time and remain on Atlantic time year round. Pockets of Ontario and British Columbia do not use daylight time.

Daylight time is observed in most of the United States. Just two states — Arizona and Hawaii — and three territories — American Samoa, Puerto Rico and the U.S. Virgin Islands — do not participate. 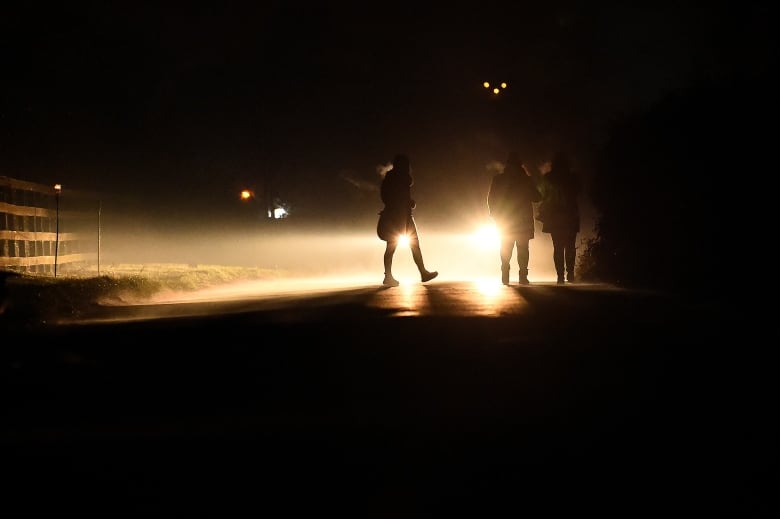 People walk along the road in cold fog at night in Athboy, Ireland, October 31, 2018. A study by U.S. researchers found there were more pedestrian deaths during the evening rush hour in November than October as drivers and pedestrians adjusted to the earlier darkness. (Clodagh Kilcoyne/Reuters)

There have been debates about whether daylight time remains useful. A March 2013 telephone survey of 1,000 adults by Rasmussen Reports in the U.S., for example, suggested 45 per cent of people thought it had no value, and 19 per cent were unsure.

A similar survey of Europeans in the summer of 2018 found 84 per cent want to stop changing their clocks twice a year. That prompted the European Commission to announce in August that it would recommend that European Union member states abolish daylight savings.

The time change can also affect sleep cycles. “Falling back,” is generally thought to be less physically stressful, because people can get an extra hour of sleep, but studies show that’s not always the case.

Time changes are also not always beneficial to traffic and pedestrians. A study by U.S. researchers found there were more pedestrian deaths during the evening rush hour in November than October as drivers and pedestrians adjusted to the earlier darkness.