Colorado father Christopher Watts pleaded guilty to murdering his pregnant wife and their two children on Tuesday after striking a deal with prosecutors which means he will not face the death penalty.

Watts had initially denied the murders which happened in August this year. Now, he will likely spend the rest of his life in prison.

Watts’ wife Shanann, 34, and their two daughters Celeste, three, and Bella, four, were found dead in August in oil tanks days after he reported them missing and made shifty television appearances pleading for them to come home.

Shanann was found in a shallow grave in a crude oil field where her husband worked. She was 15 weeks pregnant with a baby boy who she planned to name Nico. It later emerged that Watts, 33, had been cheating on his wife.

The plea deal was approved by Shanann’s family who told the district attorney they did not want to end his life as he did their daughter’s and grandchildren’s.

They did not speak after the hearing on Tuesday but watched somberly as the DA announced the outcome of the hearing. 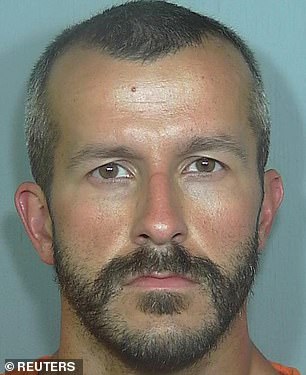 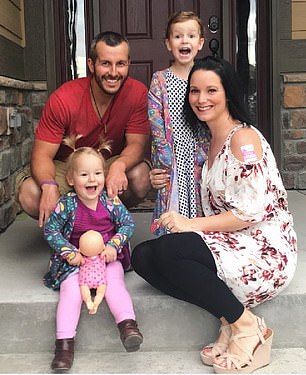 When the bodies were found, Watts changed his story to say his wife killed the girls after he told her he was leaving her. He claimed he then killed her in a vengeful rage for murdering them.

As part of his defense, his lawyers refused to hand over DNA samples from his hands and feet, likely to stop prosecutors being able to match it to any found on the girls or their mother’s body.

Because the girls bodies were in oil for three days before they were found, any DNA evidence left on them is likely to have been compromised.

On Tuesday, Watts pleaded guilty to nine counts; four counts of murder (one for each child, his wife and their unborn child), unlawful termination of pregnancy, and three counts of tampering with a deceased human body.

As part of the deal, he was sentenced to life imprisonment for the first four counts – murder.

Sentencing will begin for the other crimes on November 19. 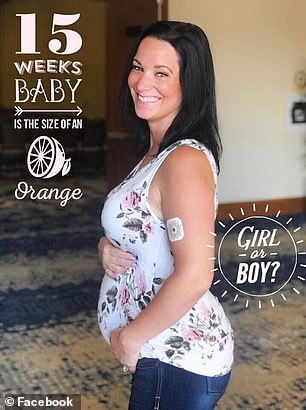 He said her mother Sandra Rzucek told him: ‘He made the choice to take those lives.

‘I do not want to be in the position of choosing to take his.’

Rourke added that a factor in the decision was the impending gubernatorial election which could determine whether or not a governor would even enforce the death penalty if it applied.

Taking a stab at Colorado governor John Hickenlooper, who had repeatedly opposed the execution of another death row inmate Nathan Dunlap, Rourke said: ‘We explained to them the extraordinary delays that currently exist in the state of Colorado as a result of in part the actions of our current governor. 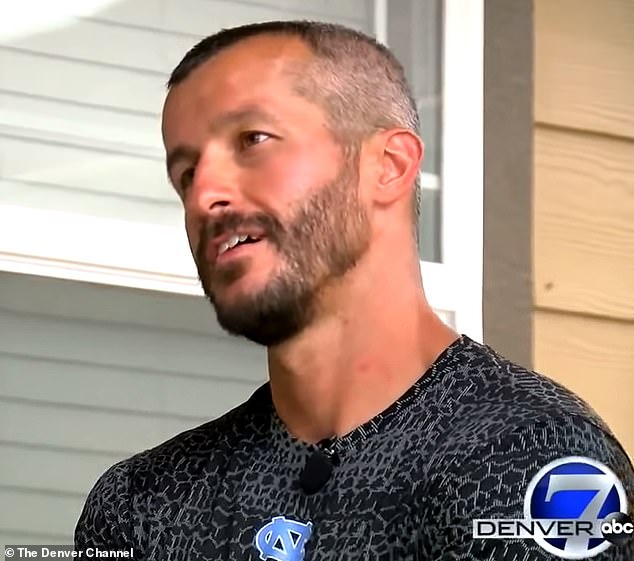 Before the victims’ bodies were found, Watts made a shifty appearance on television pleading for their safe return 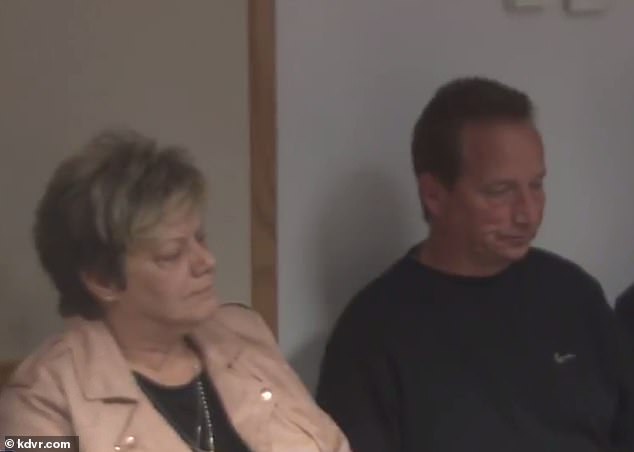 Shanann’s parents Frank and Sandra Rzucek are pictured at the press conference after his hearing on Tuesday. They did not speak

‘They were very strongly in favor of a resolution in this case short of the death penalty.

‘That to me was the most important consideration in deciding how to proceed in this a case.

‘I don’t know how I could have sat in Sandy’s kitchen and asked her to commit the next 25 years of her life to the criminal justice system without any assurance that the sentence would ever actually be imposed,’ he said.

Rourke said they had established a partial motive but would not say what that was.

The victims’ autopsy reports remain under seal. Rourke said he was ‘sick’ and ‘saddened’ over the case.

‘No one wins today. I never wanted to have to stand up and have a press conference like this. There is no cause for celebration.’ 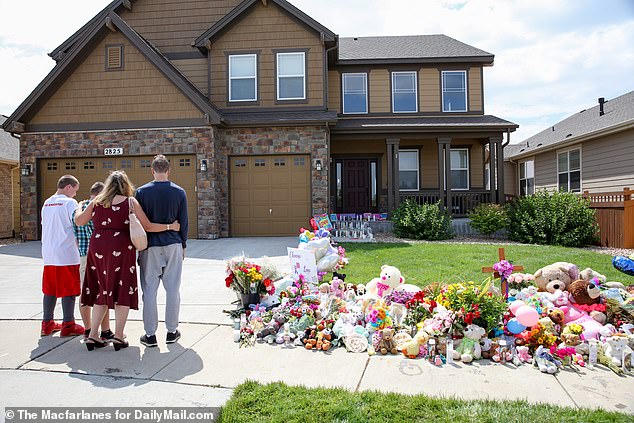 The killings sparked national sympathy. Above is the family home in Greeley, Colorado

During the plea hearing on Tuesday, he said the falsehood that Shannan killed the children was corrected.

‘The spotlight that he tried to shine on Shanann, falsely and incorrectly – a flat out lie – has been corrected. The spotlight shines squarely on him,’ he said.

Shanann had returned home from a business trip when she was killed.

She was reported missing by a work colleague who became worried when she did not respond to messages.

At first, Watts said he and his wife had been up all night having an emotional conversation.

He said he went off to work and only knew something was wrong when he was contacted later by her colleagues.