Foreign Affairs Minister Chrystia Freeland told an interviewer in Davos this week that once the U.S. drops its steel and aluminum tariffs, Canada will too, “30 seconds later.”

Until that day comes, the extra taxation is pretty lucrative for the federal government. Finance Canada says $839 million was collected in the six months leading up to Dec. 31 from retaliatory tariffs on imported American steel, aluminum and other products.

Canada didn’t start this tariff spat, and from the prime minister on down every Canadian official says he or she wishes it would end. The tariffs on both sides of the border have disrupted supply chains and added extra costs for consumers and businesses across a wide range of industries.

All the same, the new revenue is on track to hit the $1-billion mark by the time Finance Minister Bill Morneau tables his final pre-election budget this spring.

And this figure doesn’t include the 25 per cent surtax now collected on seven categories of steel imports from countries beyond the U.S. (Countries with whom Canada has a free trade agreement in place are mostly exempted, although some categories of Mexican steel were included.)

This “emergency safeguards” surtax is intended to prevent cheap foreign steel displaced from the U.S. market from disrupting supply chains in Canada.

Finance Canada told CBC News Friday that it’s too early to report how much revenue the safeguards are bringing in. 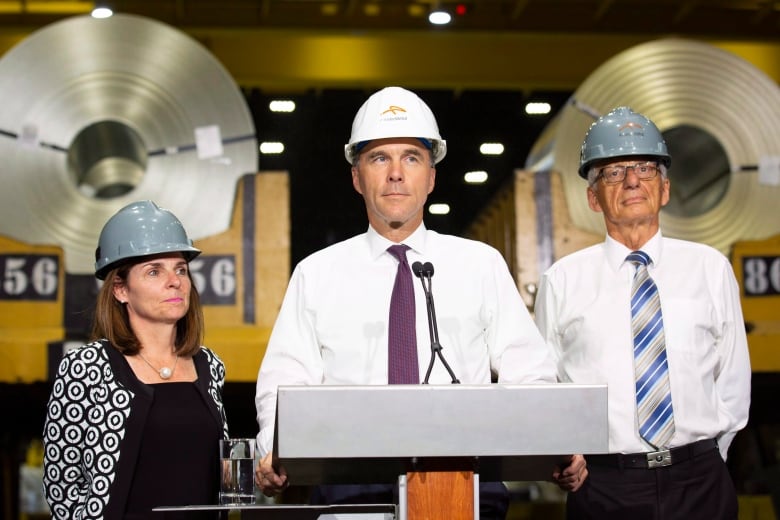 Hearings on the merits of extending these safeguards beyond the 200-day period announced by Morneau in October wrapped up at the Canadian International Trade Tribunal on Thursday afternoon, with domestic steel producers arguing the safeguards were necessary to prevent a surge of foreign steel, while customers and foreign suppliers questioned whether there’s solid evidence that these imports represent a genuine threat.

Before the retaliatory tariffs started last June, the Liberal government announced a $2-billion assistance package for the steel and aluminum sector — to acknowledge the impact of the tariffs on businesses and to offset any impression of federal coffers profiting from cross-border trade misery.

Six months later, only a small amount of that aid package has been allocated. And because much of it takes the form of repayable financing, over the long term the cost to the government may not be anywhere near the value of the tariff revenue it’s raking in.

The government’s aid package for the steel and aluminum sector included:

The Strategic Innovation Fund has made only two announcements so far about help for steel or aluminum companies.

In October, nearly $50 million in repayable funding was allocated to ArcelorMittal Canada Inc., which is modernizing its plants in Hamilton and Contrecoeur, Que. And earlier this month, ISED announced that Algoma Steel Inc. in Sault Ste. Marie, Ont., would receive $30 million in repayable financing from this fund, as well as another $60 million from FedDev Ontario, as it emerges from bankruptcy protection and restructures its operations.

Taken together, these add up to less than one third of the money available from ISED. While this fund has criteria for allocating both repayable and non-repayable contributions, both of these steel companies got repayable financing.

For its part, EDC told CBC News that it has supported 26 companies in the steel and aluminum sectors, providing $169.1 million in financing, bonding and insurance support.

While that falls far short of the $900 million that was announced, spokesperson Jessica Draker wrote that “we expect continued uptake in the short term in light of the trade climate.”

Because the services provided by these Crown corporations can be loans or insurance products provided on commercial terms, they aren’t announced by press release or disclosed publicly in detail, making it difficult to track exactly who is benefiting from the federal aid package or to what extent. 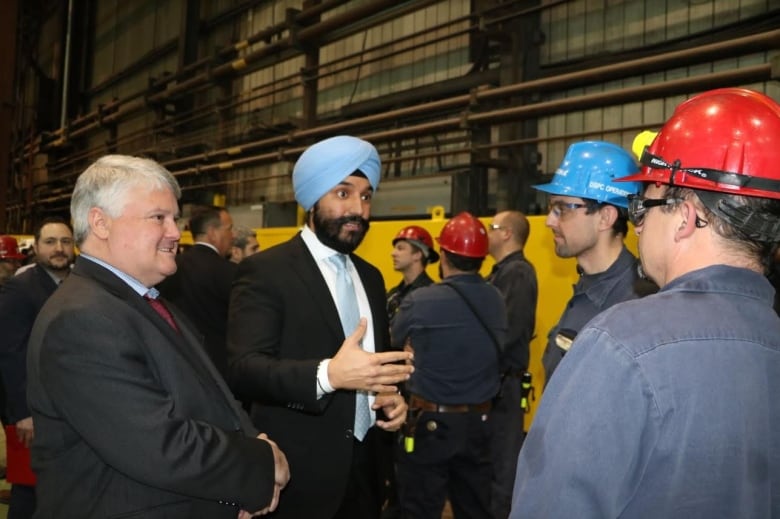 The remainder of the $2-billion package wasn’t directed at domestic producers. Global Affairs Canada’s trade commissioner service is getting $50 million in new funding.

In addition, $50 million was made available to provinces for training programs for displaced employees. Another $25 million could fund temporary extensions to work-sharing agreements to mitigate job losses.

Some exemptions are possible for these tariffs; these are also hard to track.

Up to $285 million could be refunded to affected companies, but applications for exemptions are approved by a federal interdepartmental committee, according to the following criteria:

CBC News asked how much of this $285 million has been refunded so far, but Finance Canada said Friday the data are not yet available. Previously, the government would not disclose which companies received exemptions, for what reasons, or in what amounts.

A smaller amount — $18.5 million — is available to be waived under the Canada Border Services Agency’s duty deferral program.

“Assessments are ongoing in regard to applications for surtax relief,” a spokesman for Finance Canada wrote CBC News this week.

Affected companies can also apply for exemptions from the American tariffs. In its first few months, the U.S. exemption process was called “arbitrary” and “screwed-up” as American steel companies lobbied the U.S. Commerce Department to reject certain exemption requests.