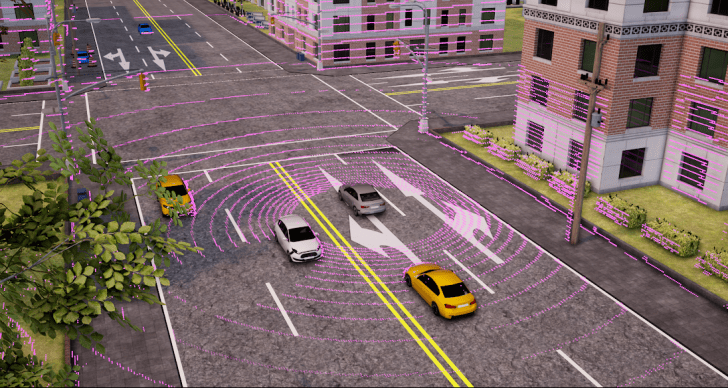 China’s driverless cars are coming for passengers in the United States. AutoX and Pony.ai just became the first Chinese companies allowed to offer self-driving robotaxis in the state of California, according to notices posted on the website of the California Public Utilities Commission this week.

Started in 2016 by Princeton University professor Jianxiong Xiao, called “Professor X” by his students, AutoX is now one of China’s most well-funded autonomous driving startups alongside Pony.ai, which was co-founded in 2016 by two former executives at Baidu’s self-driving department.

AutoX said in January that it was in talks with investors to raise a lofty $100 million. Pony.ai had banked at least $214 million in funding as of April.

While more than 62 companies hold the permits to test autonomous vehicles in California, very few are actually allowed to transport people in those cars. Zoox passed a new milestone when it received the first green light to provide robotaxi services in the state six months ago. Now AutoX and Pony.ai have joined the exclusive club, bringing the number of participants in the pilot program to three.

There are a few catches though. The type of permission granted to the three companies is for the “Drivered AV Passenger Service,” which forbids companies to charge passengers for test rides and requires a safety driver behind the wheel. No entity has so far been permitted to run real driverless passenger service in California, a sign that regulators aren’t quite ready to let tech companies transport the public without human oversight.

AutoX, which is already using self-driving vehicles to deliver groceries in San Jose, is getting a headstart by introducing California’s first robotaxi service. People living in north San Jose or Santa Clara can now apply to join its early rider program and give feedback, says an instruction on its website. A spokesperson for Pony.ai told TechCrunch that the company also began offering driverless passenger services as soon as it received the permit.

Alphabet’s Waymo launched a passenger service in Phoenix last December. Like California, Arizona demands a trained test driver to assist with operations if needed. While Waymo is allowed to charge passengers, it can only ferry a vetted group of people, so the program isn’t available to everyone.

These confinements seem sensible given legal and ethical concerns raised by critics. Last year, Uber’s self-driving test vehicle struck and killed a woman in Temple, prompting the transportation giant to suspend its test drives. The incident has become a cautionary tale for startups in the field. Take Momenta, the first Chinese autonomous driving startup to pass $1 billion in valuation. The CEO requires all executives to ride a minimum number of autonomous miles themselves, so the management would put passenger safety first.

Chinese startups covet the California license for a number of reasons. First, self-driving cars are by nature data-hungry. There are only a small handful of cities worldwide which allow robotaxis on public roads, so it always helps to collect more mileages whenever permissible.

Many of these Chinese companies have also set up research and development centers in California to tap the region’s tech talent. Pony.ai, for example, deploys R&D staff and offices across Silicon Valley, Beijing and Guangzhou. AutoX opened an R&D center in Shenzhen earlier this year but still keeps development teams in San Jose.