Heart-wrenching images have captured the moment security guards desperately wrestled a teenage girl to the ground in a bid to stop her plunging 65ft to her death in an apparent suicide pact.

A security guard hurled himself on top of the 14-year-old when she experienced a ‘moment’s doubt’ after her school friend fell from the roof of the of El Corte Ingles shopping centre.

Colleagues are pictured helping him getting the traumatised girl to safety after a struggle on top of the roof in the upmarket resort of Puerto Banus near Marbella.

Moments earlier her friend, who has been named locally as 16-year-old Richard Fitzsimons, died after he ‘jumped’ from the top of the building. 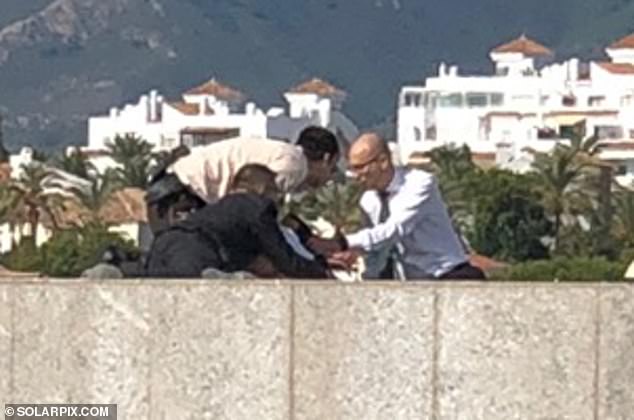 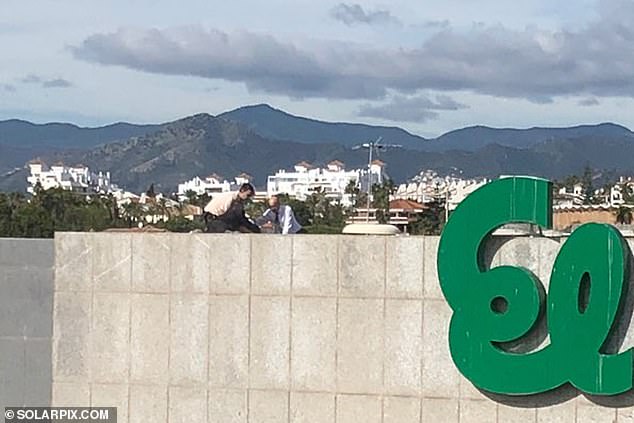 The drama happened just before midday on Friday.

The pair attended the upmarket Aloha College in Marbella which takes in pupils aged three to 18 and is regarded as one of the most expensive international schools in the area, has so far made no comment. 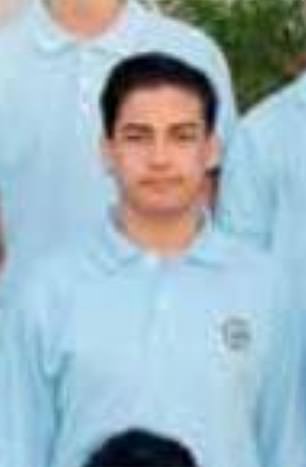 Richard Fitzsimons, 16, is believed to be the British teenage schoolboy who died after ‘jumping’ from the roof of a department store in a suspected suicide pact

They sparked the alarm after the girl posted an Instagram message which said: ‘It’s a dirty world that I don’t want to live in anymore.’

She added in her pain-filled Instagram story titled: ‘I’m Sorry’: ‘To anyone who has ever loved/known or supported me, thank you, I love you and I will miss you.’

Sales and marketing manager John Henrik, 47, from Bergen, Norway, said: ‘I was having a coffee with my wife Larse at our eighth-floor home when I heard a loud bang.

‘It was the boy hitting the ground but I thought at first it was a car crash.

‘I went to see what was happening and spotted a young girl fighting with a security guard on the roof opposite.

‘Within seconds two or three others arrived. The struggle lasted for several minutes.

‘The security men were dragging her down from a small platform on the roof and sitting on her.

‘She seemed very angry and she was right on the edge of the building. More people arrived when she calmed down. It was as if she had just run out of energy and given up.’ 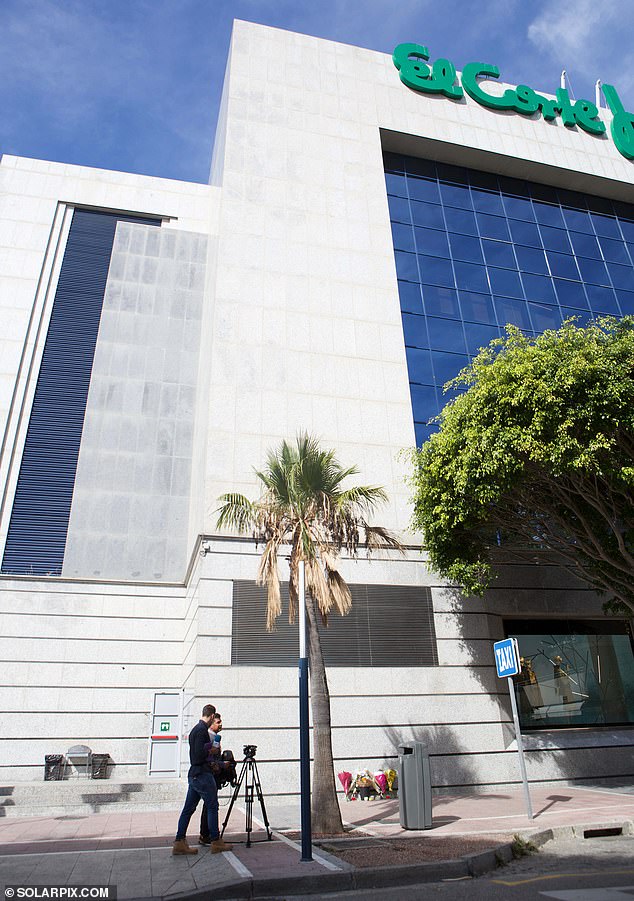 The of El Corte Ingles shopping centre, in the upmarket resort of Puerto Banus near Marbella 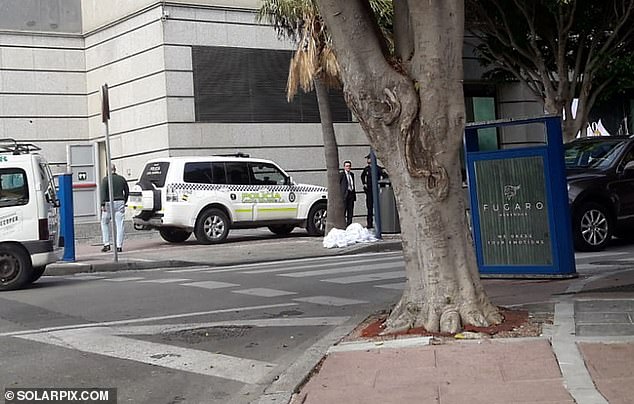 Police cars outside the shopping centre in Marbella. It is understood that the boy had reached the top of the building via the emergency staircase

The couple reportedly told friends and family that they planned to go shopping at the store that day before Richard fell to his death at 11.42am on Friday.

It is thought the teenagers shared messages with friends saying they were on their way to the department store in Puerto Banus to ‘end their lives.’

A friend’s mother alerted the store who sent a security guard up onto the roof after a colleague spotted the couple on store cameras.

A source said: ‘Several calls went into to the department store from people who said they had published social media messages warning what they were going to do.

‘One was from the mother of a friend who then started looking for them in the vicinity of the building.

‘The brave security guard risked his own safety, reaching them 30 seconds later and grappling the girl to the ground from a raised 20 square foot platform; heroic actions which saved a life.’

‘Sadly it was too late to save the boy.’

Heartbreaking tributes have been left outside the shopping centre in Spain following Richard’s death. 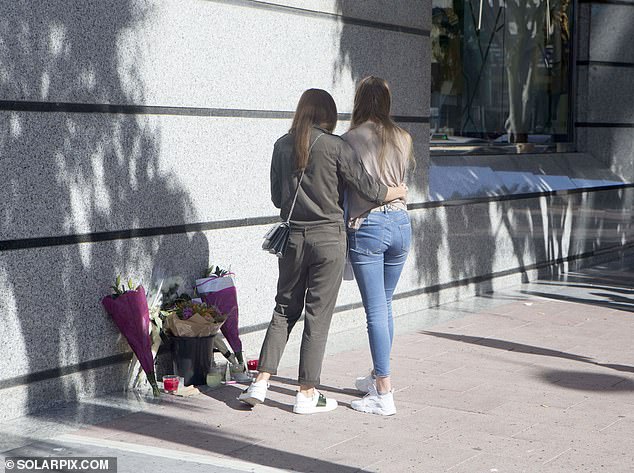 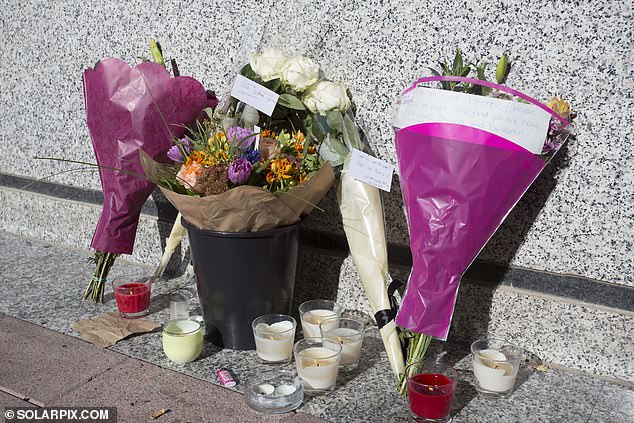 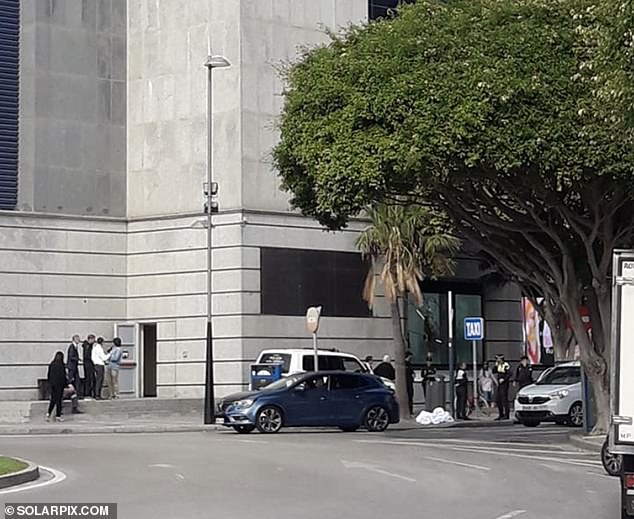 Candles were also left for the teenager at the scene.

One, signed Giulia and Deborah, said: ‘You will always be in our hearts, forever love you and we hope you find peace now. Love and kisses.’

Another added: ‘Rest in paradise. I hope you’re not struggling wherever you are now. You will forever be missed.’

Police have already said that although the incident is still under investigation, they are treating the British boy’s death as a suicide.

His girlfriend was taken to a health centre after suffering a panic attack. Her whereabouts are still not known.

Friends have described Richard as the son of a British father and Brazilian mother.

The Foreign and Commonwealth Office have been contacted by MailOnline for comment. 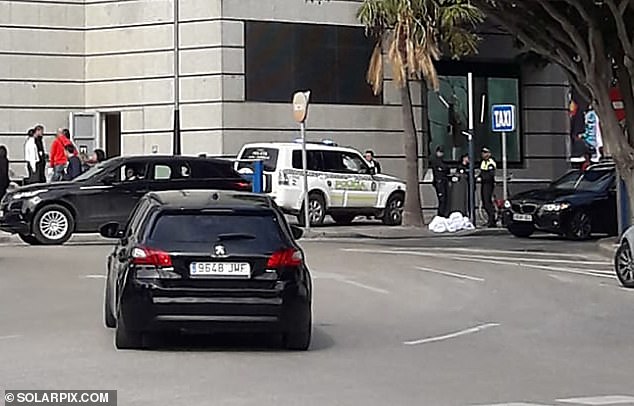 For confidential support in the UK, call the Samaritans on 116123 or visit a local Samaritans branch. See samaritans.org for details.