The RCMP have arrested two people following raids on two homes in Kingston, Ont., in what officials are calling an anti-terrorism investigation involving multiple police forces.

CBC News has learned the arrests included a minor and involved both Kingston police and the help of the FBI in the U.S.

The RCMP will hold a news conference Friday in Kingston to update the public on their investigation.

There’s no word yet on charges or what prompted the investigation.

“The government of Canada constantly monitors all potential threats and has robust measures in place to address them,” he wrote.

“Canadians can be confident that whenever credible information is obtained about a potential threat, the RCMP, CSIS and other police and security agencies take the appropriate steps to ensure the security of this country and the safety of its citizens.”

Earlier today, RCMP &amp; partners took action in Kingston, based on credible information, to ensure public safety. Canada’s threat level remains at medium, where it has stood since 2014. Further comment on operation details will be made at the appropriate time by the RCMP.

A man who lives at one of the homes spoke to CBC News by phone shortly after 7 p.m. ET as he stood outside his residence in the northwest part of the city.

He said he arrived home from Ottawa late Thursday afternoon and was “surprised” to find RCMP at his house. As he spoke, he said the RCMP were inside questioning his wife and children, adding he had not been questioned by police himself. 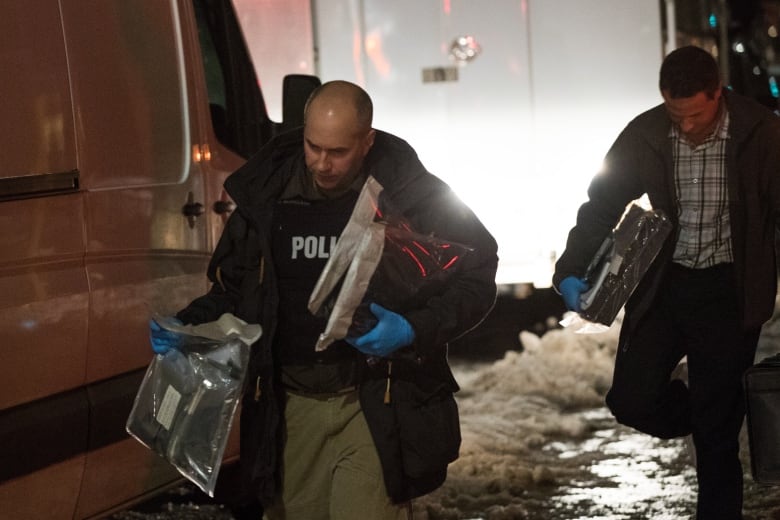 Police officers carry evidence from one of the homes. (Lars Hagberg/The Canadian Press)

“I don’t know why they’re at my home,” he told CBC News, as police officers stood next to him. “The police haven’t told me anything.”

He said that as far as he knew his wife and children were not under arrest, but he hadn’t been able to reach them as their cellphones were off.

Asked if it would surprise him to hear police were conducting a national security investigation, he said “yes.”

The man said he did not know anyone at the other address. 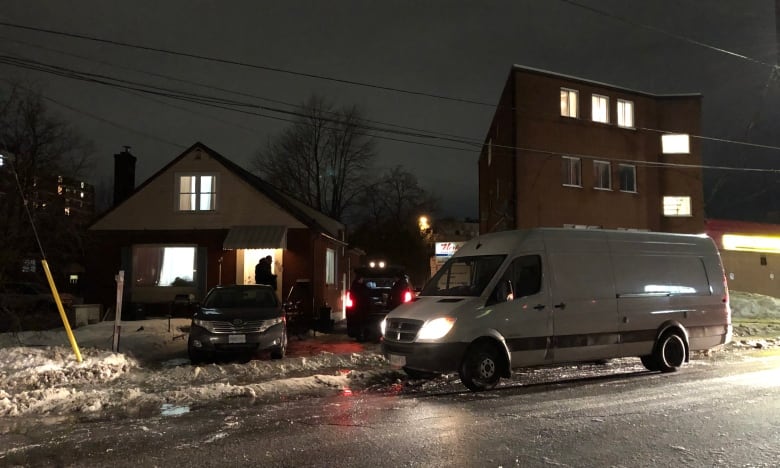 Canadian officials speaking on background told CBC News there was no imminent threat to public safety, and that the situation is contained.

Goodale said the operation has not changed the country’s threat level. It remains at “medium,” where it has hovered since late 2014.

However, the threat was considered serious enough to involve months of investigation, thousands of hours of police work and the use of a Pilatus PC-12 RCMP surveillance plane which has been circling over Kingston at low altitudes in recent weeks for hours on end, creating a great deal of interest from residents due to the noise.

Spokespeople for both the FBI and the U.S. Department of Justice referred all questions to the RCMP. 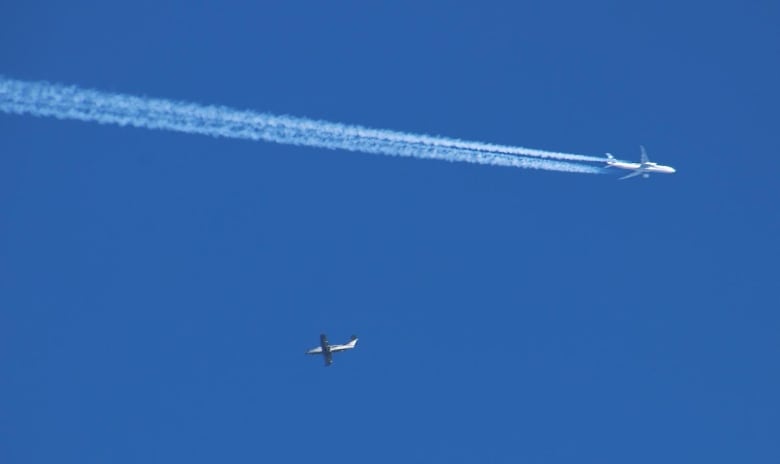 The investigation involved a Pilatus PC-12 RCMP surveillance plane that made headlines recently after it was seen circling over Kingston at low altitudes. (Neil Aird)